Thank you for subscribing!
Got it! Thank you!
Home›Tips & News›News›California Tunnel Tree Toppled, Airlines with Best and Worst On-Time Performance, and More: Today's Travel Briefing 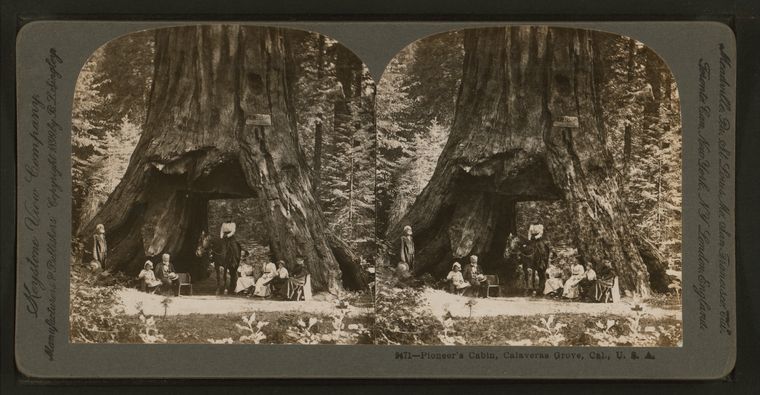 Good morning, everybody! Here's the latest from the world's airports, forests, and city parks.

* AIRLINES WITH BEST AND WORST ON-TIME PERFORMANCE IN 2016 (Bloomberg)

Topping the rankings for 2016: Dutch-based carrier KLM. Book a flight with that airline and your chances of being delayed are only about 11%.

Contrast that with the airline with the worst on-time record, Israel's El Al, whose passengers are likely to be delayed a dispiriting 56% of the time.

As for U.S. carriers, none of them landed among the 10 worst airlines, timewise. But one did manage to crack the top 10. That would be Delta, named the 8th most on-time airline in the world—even when taking into account a computer outage last summer that grounded flights for days.

FlightStats compiles the rankings based on 500 different data sources, including tracking services, airport runway times, airline records, and government info. Here are the carriers with the five best and five worst on-time records:

The Pioneer Cabin Tree, a historic tourist attraction carved out of a giant sequoia in the 1880s, was felled by a winter storm in Northern California this week.

The 150-foot-tall tree (pictured above, in 1899), a part of Calaveras State Park's "Big Tree Trail" near Arnold, California, had been leaning badly for a while. There was a time when cars could drive through it, although in recent years only hikers were allowed to pass through the hollowed-out trunk, where graffiti from the late 19th century was still visible.

No one heard the tree fall, but it definitely happened—probably around midday on Sunday. The centuries-old icon apparently shattered upon hitting the rain-sodden forest floor.

The tree was part of a grove of sequoias estimated to be over 1,000 years old. Who would have thought that carving a vehicle-sized passageway through a living thing would weaken it?

And in other California news . . .

Los Angeles has been chosen by Star Wars creator George Lucas as the site of his upcoming Museum of Narrative Art.

The facility, which will house the film director's collection of popular art and movie memorabilia (from his own work as well as others'), was previously planned for San Francisco and then Chicago, but community activists in both of those cities objected to proposed building sites along their historic waterfronts.

When those plans fell through, two competing California-based proposals emerged—one for constructing the museum on Treasure Island in San Francisco Bay, the other for putting it in L.A.'s Exposition Park.

This week Lucas and company announced they're going with the latter spot, which, unlike the San Francisco location, is easy to get to via public transit; is situated near Lucas's alma mater, the University of Southern California; and is already home to several museums, including the Natural History Museum of Los Angeles County and the California African American Museum.

Lucas plans to pump $1 billion into the museum, covering building costs and a $400 million endowment. In addition to potential tourism dollars, the city stands to gain tens of thousands of construction jobs and about a thousand permanent jobs once the place opens.

Plans call for an appropriately space-ship-like, 275,000-square-foot building designed by Chinese architect Ma Yansong. Inside, guests will be able to look at items from Lucas's 10,000-piece art collection, which includes paintings and illustrations by Norman Rockwell and R. Crumb, as well as mementos from Hollywood classics like Star Wars and The Ten Commandments.

Provided the L.A. proposal doesn't spark the same kind of negative community response as in Chicago and San Francisco, officials hope to break ground on the project by the end of the year and have the museum up and running in 2021. —ZT