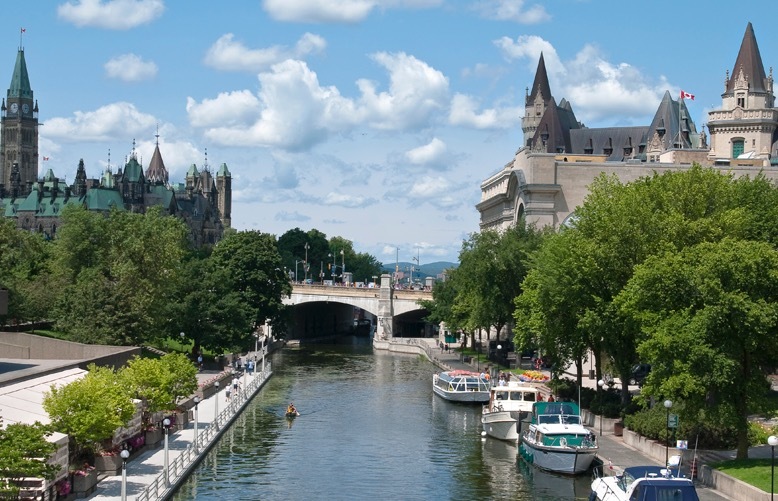 Turkey—a frequent subject of travel advisories issued by the U.S. government—has released a warning of its own, alerting Turkish citizens to the dangers of visiting the United States.

In a statement, the Foreign Ministry cited a wave of anti-Donald Trump demonstrations following the presidential election last week as a reason for the warning. The agency noted that the protests "occasionally featured acts of crime and violence."

Additionally, the warning mentioned increasing "racist" and "anti-immigrant" verbal and physical attacks in the United States.

Canada is celebrating its 150th birthday next year, and the country's capital city (pictured above) is going all out.

The city's Canadian Museum of History and the National Gallery of Canada are both getting upgrades for the occasion, and throughout the year, 17 "epic stunts and gatherings" will be staged designed to highlight unconventional spaces. Among the ones already announced: a sunset yoga session held on a barge floating down a local waterway and accompanied by a live orchestra.

For more information on all the stuff that's planned, check out the Ottawa 2017 website.

For his latest work, Hawaiian-born artist Sean Yoro traveled to the Canadian Arctic to paint the portrait of a local Inuit girl on a rapidly melting ice floe.

A frame grab from my recent expedition with @thenorthface The full film documents my time spent with the local Inuit people and the challenges of painting on melting ice sheets - Mahalo @natgeo for the support. Directed by the talented @renan_ozturk and @taylorfreesolo - Produced by @camp4collective and huge thanks to @paytenpurdy @rudy.le @unaapik @sarahmcnairlandry - Link in Bio for full film

Titled "What if You Fly," the project was documented by photographer and filmmaker Renan Ozturk—whose work will be the only lasting record of the piece, due to the speed with which the ice floes in the region are disappearing.

In fact, Yoro wasn't able to complete the portrait because his canvas ultimately proved too fragile to support his weight.

Beyond the goal of creating something hauntingly beautiful, the artist told CNN that he wanted to raise awareness about climate change.

"I think just visually it's important that people can see how quickly that ice is melting," he says. "You know there's hundreds of articles on climate change, but I want to be that little visual voice that people can actually, hopefully have more of a connection with."