Thank you for subscribing!
Got it! Thank you!
Home›Tips & News›News›Bulletproof Wall Around the Eiffel Tower, U.S. Passport Time Crunch, and More: Today's Travel Briefing 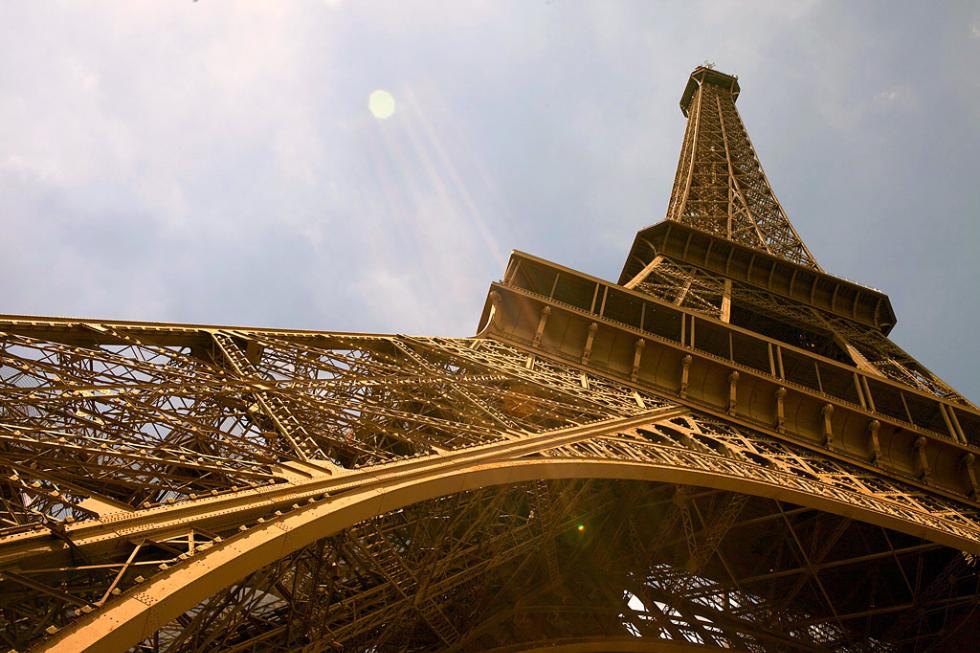 Good morning, everybody! Today's update is all about entry requirements and restrictions.

A wall is being put up around the base of the Eiffel Tower, Paris officials have announced.

The "aesthetic perimeter," as it's being euphemistically called, will be made of bulletproof glass and will stand 2.5 meters (8 feet) high. It's expected to cost €20 million ($21 million) and be finished sometime this fall.

The move is being made in response to security concerns. France has been the target of a number of terrorist acts in recent months; earlier in February, a man wielding a machete tried to attack a group of soldiers in a shopping mall near the Louvre.

In addition to encountering a new wall, the Eiffel Tower's nearly 7 million annual visitors will also have to pass through security checkpoints, even if they don't intend to go to the top. Additionally, the walkways around the tower will be reconfigured so that crowd traffic can be monitored more easily. —Zac Thompson

Some airline passengers may be in for a rude awakening next January if they live in one of the nine states where driver’s licenses do not comply with the REAL ID Act, a federal mandate to establish minimum security standards for state-issued IDs.

Starting in January 2018, non-compliant driver’s licenses from Kentucky, Maine, Minnesota, Missouri, Montana, Oklahoma, Pennsylvania, South Carolina, and Washington will no longer be accepted as identification at TSA checkpoints, including for domestic flights.

Unless these states update the protocol for issuing driver’s licenses to comply with the law, residents who want to board a commercial flight will have to present alternative ID, such as a passport, Global Entry card, or military ID.

The REAL ID Act was established in 2005 following recommendations by the 9/11 Commission to improve aviation security. The 9/11 hijackers used Virginia and Florida driver’s licenses to pass through airport security before boarding commercial airplanes.

States have had years to comply, but some refused, even going so far as to create laws to make compliance illegal. The REAL ID Act requires personal data from driver’s license applications to be archived in a database for 10 years, which some say encroaches on the privacy rights of citizens.

Lawmakers from some states are working feverishly to address the deficiencies, while others have proposed a less robust version of the act.

For its part, the Department of Homeland Security has already posted notices in airports to remind passengers that they will need to be REAL ID compliant by January 2018.

Visit the Department of Homeland Security FAQ page to check the status of your driver’s license. If you live in one of the non-compliant states, consider getting a passport now to help you avoid the significant inconvenience of being turned away by TSA. —Jessica Monsell

And if you're going to apply for a passport this year, you might want to hurry . . .

* WHY YOU SHOULD RENEW YOUR PASSPORT ASAP (Desert Sun)

Getting a new or renewed passport could take longer than normal this year.

U.S. government officials are anticipating a higher volume of renewals in 2017 because a whole bunch of travelers got new passports in 2007, and now those documents are reaching their 10-year expiration dates. Processing all of those renewals will take some time.

What was so special about 2007? That was when a law went into effect that requires U.S. citizens to have passports in order to travel to Canada, Mexico, and the Caribbean. (Before that, you could get in with a driver's license or any other government-issued ID.)

What this all means for those planning to travel outside the U.S. by the end of 2017: If you need to renew your passport or get your first one, do it now. The State Department takes about six weeks to process a non-expedited application in a good year, and that's without the influx of renewals they're expecting in this one. Not to mention that many countries now require a passport to be valid for six months prior to travel.

For more information or to get started on your application, visit the State Department's website. —ZT