Thank you for subscribing!
Got it! Thank you!
Home›Tips & News›News›Better Lighting at Niagara Falls, Better Wi-Fi at Hotels, and More: Today's Travel Briefing 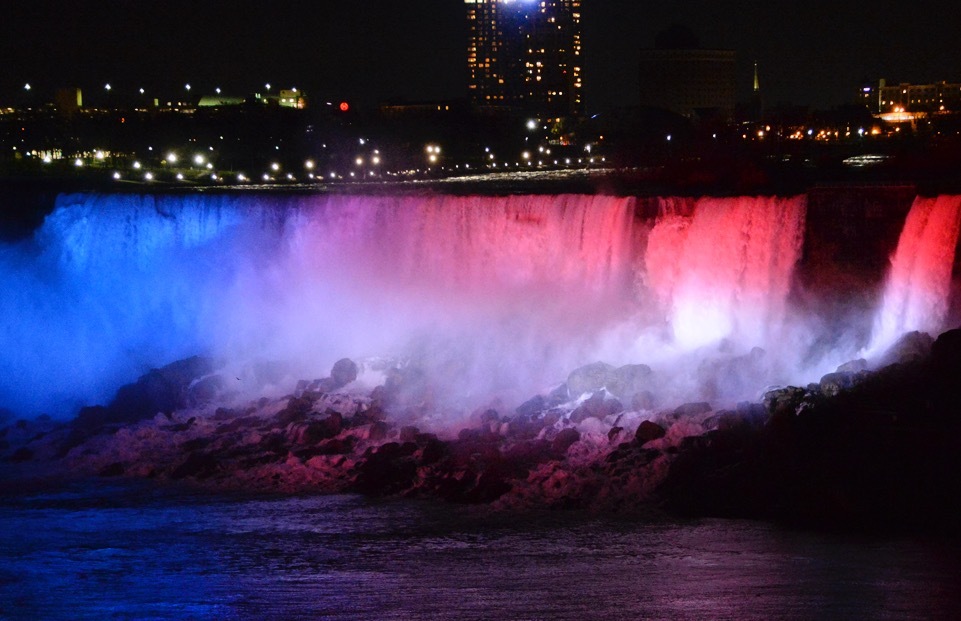 Good morning, everybody! Here's the latest from the world's hotel rooms, roads, and natural wonders.

Though you might not see much difference in the bedroom decor in a Marriott hotel from one city to the next, each is likely to have a different owner. That's because the major hotel chains are actually franchises.

Why should you, the consumer, care? Because with so many chefs in the kitchen, needed changes can come more slowly to franchised operations than non-franchised ones.

Unless travelers yell like hell, that is. And in the case of slow hotel Wi-Fi, the shouting has been a steady roar in recent years.

The good news is that hoteliers are listening.

According to USA Today, many chains are now requiring franchisees to better their bandwidth and upgrade their technology. For the biggest Marriott hotels (those that can house 1,500 or more guests at a time), that will now mean a minimum of 600 megabytes per second. Wingate by Wyndham guests will see an improvement by next summer, with hotels required to provide a minimum of 100 megabytes per second for free; Microtel (also part of that company) will be offering 50 megabytes free by June. Choice Hotels, IHG, and Hyatt Hotels will also be tweaking their standards, and some are implementing instant recognition features for loyalty program members' devices. Across the board, many hotels are adding access points, meaning that in some properties there will be one per room (rather than four rooms having to share the same bandwidth).

Until now, if you were on a road trip and you wanted to scout nearby hotel deals where you could crash, you had to figure out the name of the nearest town so you could plug it into an app.

Priceline has moved ahead a step—it's a wonder it took until 2016. Now, when you open the Priceline app, you can tell it you're "On a Road Trip," and it will sense your location and allow you to enter an endpoint. The app then maps the route and gives you hotel deals found along the way.

The search results, which can be filtered by budget and star rating, include "Express" deals, which don't tell you the name of the property until you've paid the discounted rate. If you don't want to have the app detect your location, you can enter a start point manually. Priceline claims that about 70% of the deals shown are exclusive to the company.

A new lighting system at Niagara Falls (pictured above) should make for brighter, more colorful nighttime displays than was previously possible at the beloved brink on the U.S.-Canada border.

In the first significant upgrade to Niagara lighting in 20 years, more than 1,400 LED luminaires have been installed along the shoreline on the Canadian side to illuminate the American and Horseshoe Falls. The new system can be programmed for 1,800 different color combinations, and it's expected to cut energy costs by more than half.

Funding for the $4 million upgrade was split equally between the U.S. and Canada.