Thank you for subscribing!
Got it! Thank you!
Home›Tips & News›News›Doug the Pug Does London, a Wine Fountain in Italy, and More: Today's Travel Briefing 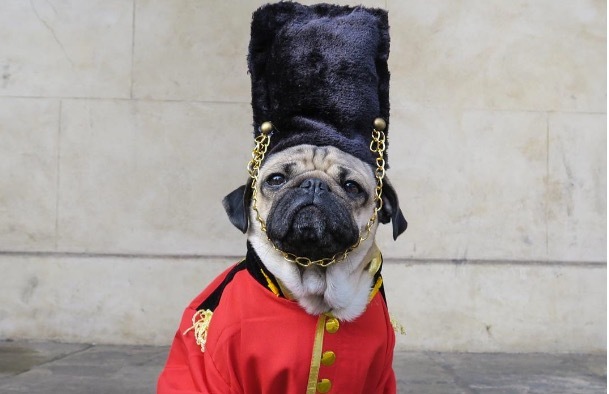 Doug the Pug Does London, a Wine Fountain in Italy, and More: Today's Travel Briefing

Here's the latest from the world's cities, parks, and pilgrimage sites.

* FATHER AND DAUGHTER FIND 2.03-CARAT DIAMOND IN ARKANSAS STATE PARK (CNN). Crater of Diamonds State Park in Murfreesboro, Arkansas is the only diamond-producing site in the world where anyone who pays the price of admission ($16) can look for gems and keep whatever they find.
That's easier said than done, of course. The park's diamonds are sprinkled across 37.5 acres, and visitors have been picking over the land for decades with only sporadic success. Some show up with shovels, buckets, and maps, and spend all day digging around—and still walk away empty-handed.
But there are exceptions.
Take, for instance, Dan Frederick and his daughter, Lauren, who recently found a 2.03-carat diamond just lying out in the open—and less than an hour after they had entered the park.
The gem is pearly white in color and triangular in shape. Though its exact value has yet to be determined, park official Betty Coors told CNN, "This is an example of a diamond that all park visitors dream of taking home."
The Fredericks say they've named it Lucky.
advertisement

There's a new contender for the title of Best Fountain in Italy.
It's located in the town of Ortona in the Abruzzo region, and it will dispense free wine 24 hours a day, seven days a week.
Dora Sarchese is the name of the generous winery that has set up this marvel—a stone basin situated under button-operated taps housed in a giant wine barrel. It's situated along the Cammino di San Tommaso, a pilgrimage route dedicated to Saint Thomas, Jesus's famously doubting disciple.
The fountain is intended primarily as refreshment for pilgrims, but anyone can drink from it. The vino that will flow from the taps is red—Abruzzo's specialty—but the type of grape hasn't been announced yet.
Though everyone is welcome to partake, the winery warned in a Facebook post that the fountain is "not a place for drunks."
advertisement


* DOUG THE PUG DOES LONDON (Huffington Post). We mentioned last week that the weak pound resulting from Britain's decision in June to leave the European Union has caused UK tourism to surge, as international visitors pour in to take advantage of comparatively low prices.
Among the influx of recent visitors: social media star Doug The Pug, who recently took the world's most adorable trip to London.
The whole shebang was documented at the popular pooch's Instagram page, where you can see Doug—in full costume—guarding Buckingham Palace (above), channeling Harry Potter at Platform 9 3/4, and staring down a plate of fish and chips at a pub.
advertisement

"Doesn't matter what time of day it is, I'm always down to eat" -Doug


We would have liked to see him sporting a Shakespearean ruff at the Globe Theatre, too—or maybe swilling champagne with the Ab Fab girls. But otherwise, the photos are pretty much perfect.