Thank you for subscribing!
Got it! Thank you!
Home›Tips & News›News›"Field of Dreams" House to Open for Tours, Public Urinators Eroding World's Tallest Church, and More: Today's Travel Briefing 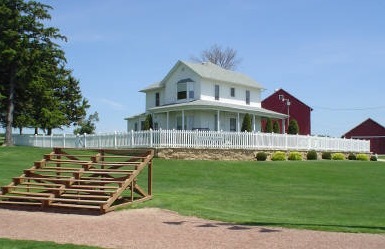 Good morning, everybody! Here's the latest from the world's cathedrals, museums, and baggage claim areas.

Delta Air Lines has updated its mobile app so that passengers can now track their checked luggage from the moment it's dropped off to when it ends up in baggage claim (with any luck, at the correct destination).

Using Radio Frequency Identification (RFID) tags, the app's new feature lets your follow your luggage's journey via a suitcase icon that appears on a map of the U.S. Tap the icon and you'll get additional information about your bag's location. Previously, the app only provided updates on where luggage had last been scanned.

Delta's update joins other recent efforts by carriers including Alaska Airlines and American Airlines to use technology in order to keep customers better informed about where their belongings are at any given moment.

* FIELD OF DREAMS HOUSE TO OPEN FOR TOURS (Associated Press)

For the first time ever, the Iowa farmhouse (pictured above) that appeared in Field of Dreams will soon be open to the public for tours.

Located near the town of Dyersville, the house overlooks the baseball diamond and cornfield that are also featured prominently in the 1989 Kevin Costner film.

But while the site's owners—a group called Go the Distance Baseball—have for some time now welcomed guests (about 100,000 of them annually) to stroll the grounds at no charge, they've barred access to the house until now.

That part won't be free, however. To see the lower level of the house (the only portion that will be open), adults will be charged $20, while anybody under 18 can tour it for $12. Walking around outside still won't cost a thing.

* WORLD'S TALLEST CHURCH BEING ERODED BY PUBLIC URINATORS (The Telegraph)

Germany's Ulm Minster, which holds the distinction of being the tallest church in the world, is being slowly but surely eroded by pee.

The Lutheran cathedral's caretakers say that public urinators are leaving behind an acidic buildup that eats away at the stonework on the lower walls, causing lasting damage to a building that has stood for more than six centuries. The structure's primary claim to fame is its world-record 161.53-meter (530-ft.) spire. 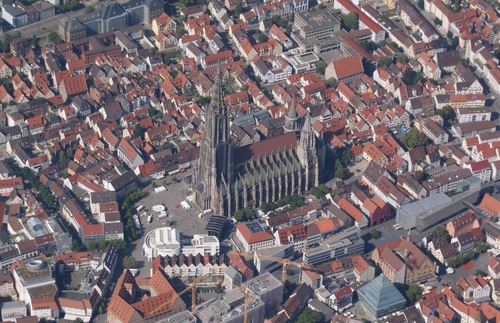 Fines for public urination in Ulm, located in the south of the country, have recently been doubled to 100 euros (US$109), and police say they have stepped up patrols.

But Michael Hilbert, the church's head stonemason, says those measures have had little effect.

"I've been keeping an eye on it for a year now and, once again, it's coated with urine and vomit," he told The Telegraph of London. "I am not the pee police, but it's about maintaining public order."