Thank you for subscribing!
Got it! Thank you!
Home›Tips & News›News›Floating Hotels, a Moving Observation Tower, and More: Today's Travel Briefing 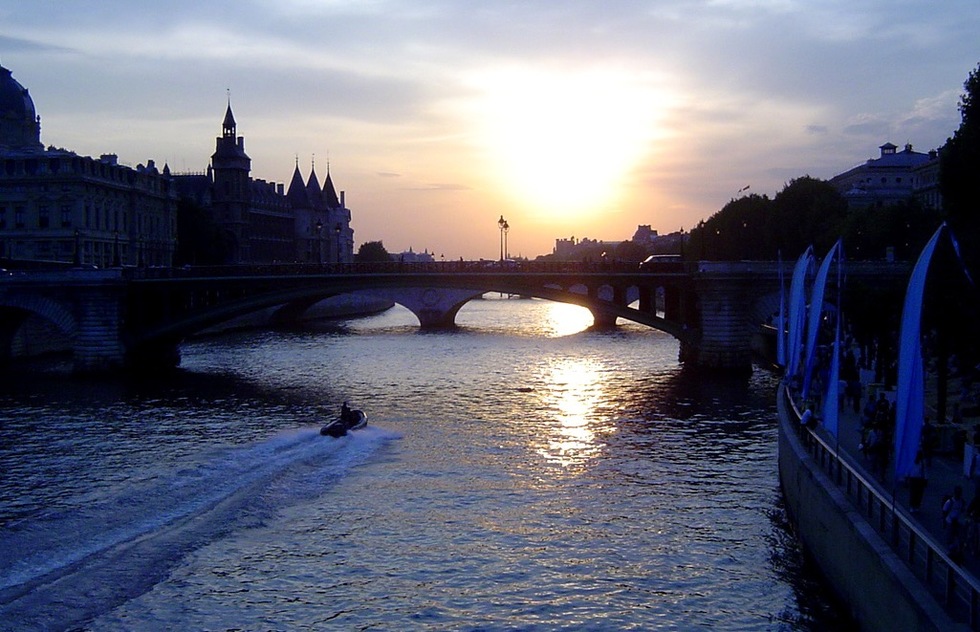 * FLOATING HOTELS DRIFT INTO FRANCE AND JAPAN (Forbes/Nikkei Asian Review). Looks like floating hotels could become the latest trend in travel. The hip Hôtel Off Paris Seine is already bobbing in that river near the Pont Charles de Gaulle. And now an amusement park in Japan's Nagasaki Prefecture has announced plans for a floating hotel that can be towed by boat.
Located in an up-and-coming industrial neighborhood of Paris, the two-story Hôtel Off features a stylish, wood-and-copper design scheme, 54 rooms similar to berths on a ship, four larger suites, a bar, a restaurant, and a pool that's already popular with trendy locals. The designers took an inside-outside approach that capitalizes on the hotel's unique setting, offering numerous decks, terraces, and balconies for enjoying views of the city from the Seine. Room rates start at 180 euros a night.


The Seine in Paris

In Japan, meanwhile, officials at a Dutch-themed amusement park called Huis Ten Bosch—which opened a robot-staffed hotel last summer—say they're now creating a floating hotel in Omura Bay. Guest rooms will be contained in spheres measuring about 21 feet in diameter, and the hotel will be towed by a boat between the theme park and an uninhabited island in the bay. From your room, you'll be able to take in underwater views while en route. Construction on the project is expected to get started in 2017.

* WORLD'S TALLEST MOVING OBSERVATION TOWER SET TO OPEN ON ENGLISH COAST (The Guardian). On August 4, the English seaside resort town of Brighton will open to the public the world's tallest moving observation tower. Dreamed up by the team behind the London Eye Ferris wheel, the British Airways i360 features a glass-enclosed viewing pod that glides up and down the tower, offering those inside (up to 200 at a time) views of the coast from a height of more than 450 feet. In addition to holding the record for tallest moving observation tower (its full height is 531 feet), the structure also holds the record for the world's skinniest tower—at its widest point, it measure only 13 feet in diameter.
Rides to the top will take 20 minutes during the day and 30 minutes after 6 p.m., when the pod's bar opens. Tickets—which are already on sale—start at £13.50 for adults and £6.75 for children.

* LUGGAGE CLIP LETS YOU PULL YOUR SUITCASE HANDS-FREE (Huffington Post). If you're tired of dragging your rolling suitcase around by hand and don't mind looking slightly ridiculous, a new doohickey called My Hitch is perfect for you. It's a plastic clip that you attach to the back belt loop of your pants, then attach to your suitcase, so that you can pull it around behind you, leaving your hands free while you walk. My Hitch works best with luggage under 25 pounds, and it can be yours for $17.95. You're advised to wear a belt while using the product lest your pants fall down.

Our Travel Briefing appears each weekday morning, Monday to Friday. For more updates, as well as travel tips, vacation photos, and trip ideas, follows us on Facebook and Twitter.
News