Thank you for subscribing!
Got it! Thank you!
Home›Tips & News›News›Free TV on American Airlines, Booze Ban in Bali, and More: Today's Travel Briefing 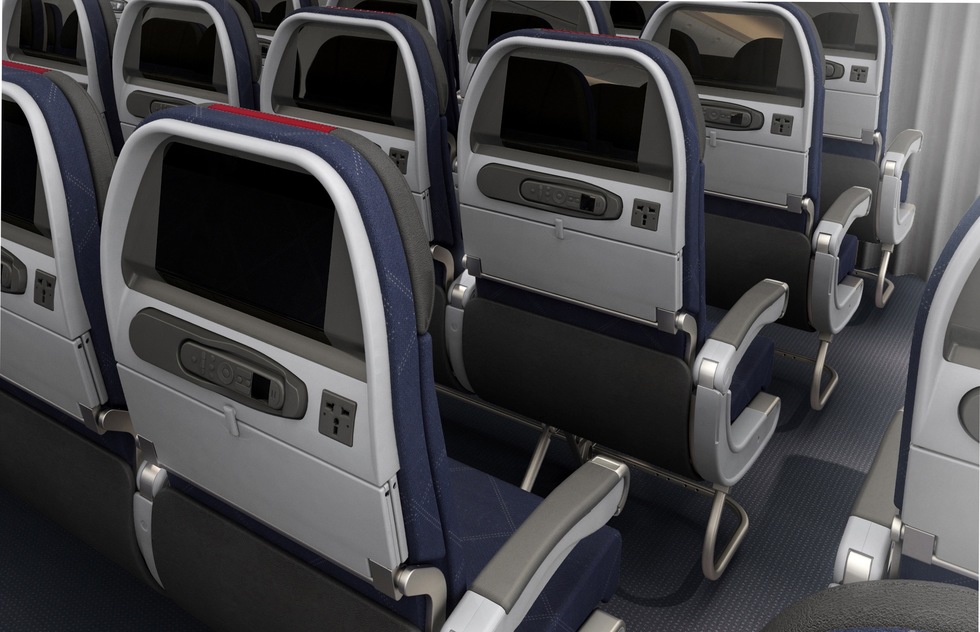 Looks like JetBlue and Virgin America have finally forced the monolithic major carriers to up their game. A few months ago, Delta said it would make its in-flight entertainment systems free. American Airlines has finally followed suit.

Previously, the airline offered a paltry complimentary selection of mostly uninteresting TV shows and dusty films but then charged $4 to $8 for the somewhat current stuff. No longer, it says—everything will be free.

American said its library currently offers 165 movies, 300 TV shows, 700 albums of music, and 20 games. There was no indication whether that selection will change now that it's not collecting a premium for it.

Astonishingly for the year 2016, only 280 planes out of American Airlines' fleet of 1,500 are equipped with seatback screens. About 780 more planes have Wi-Fi systems that will allow streamed entertainment to personal devices. By contrast, JetBlue began flying in February 2000 with setback entertainment on 100 percent of its fleet.

So although competition has finally had a small positive effect for the passenger experience on the legacy carriers, we've still got a long, long way to go.

Tourism leaders are crying foul in Indonesia, where two Islamist parties have jointly presented a bill to ban the sale of alcohol throughout the nation of Indonesia.
Illegally distilled spirits have caused a few deaths over the years, and last year, the country instituted Ministerial Regulation No. 6/2015, which restricted the sale of beer and some pre-mixed alcoholic drinks to supermarkets, forbidding the nation’s convenience stores from selling them.
Now some elements of the government want prohibition to be total. Hotel and restaurant owners are warning that their industry may collapse if foreign visitors are not able to drink beer or cocktails.
An estimated 10.41 million international visitors go to Indonesia, the fifth-most populous country on Earth, every year. Bali, one of the most popular resort destinations in the world, is a Hindu-majority island where a beer costs a little over US$1. Business leaders there believe an alcohol ban would deter visitors, many of whom are Australians who fly in to party and suntan.

"If the bill is passed, our business will be done," the head of a hotel and restaurant organization told the Jakarta Post. "The tourists, who mostly come from Europe, drink alcohol all the time. It will be very inconvenient for them if they can't find alcohol."

Deliberations over the bill are ongoing. Better make that last drink a double.

HOTEL FOR PEOPLE WITH AUTISM TO OPEN IN THE U.K. (Chronicle Live)

Not so long ago, the Elephant on the Tyne was one of the most dreadful hotel-restaurants in England. "Stay away from this place if you can help it," moaned one typical online review. Or: "The location is great with a nice view over the [River] Tyne... everything else about this place was bad—so the view only helped you wish that you were somewhere else."

What better place to start over and make something wonderful happen? In October, the once-unloved inn will reopen as The Vault, a hotel expressly for young people with autism.

The Vault will be in Gateshead, a section of the city Newcastle Upon Tyne, which is located in Northeast England about 30 miles from Northumberland National Park. All of its 28 rooms will be designed with autistic guests in mind. The restaurant on the ground floor will be a place for people with autism to eat without judgment. But that's not all—the staff, too, will include people with autism who are being trained for a career in hospitality.


Its redevelopment, which will cost an estimated £2 million (US$2.65 million), is partly led by St. Camillus Care Group, which devotes itself to improving the lives of people with learning disabilities. "This is a real chance for young people aged from 18 to 25 to learn alongside professionals in the hospitality industry in a real setting, so that they can hopefully go on to a full time career," said managing director John Huron. "At the same time, it’s also a place for people with autism and learning difficulties to come to and enjoy the facilities."

See? Not all the news is bad today.

Our Travel Briefing apepars each weekday morning, Monday to Friday. For more updates, as well as trip ideas, vacation photos, and travel tips, follow us on Facebook and Twitter.
News
Travelers with Disabilities