Thank you for subscribing!
Got it! Thank you!
Home›Tips & News›News›Ghost Stations in Britain, Free Meals in Economy Class, and More: Today's Travel Briefing 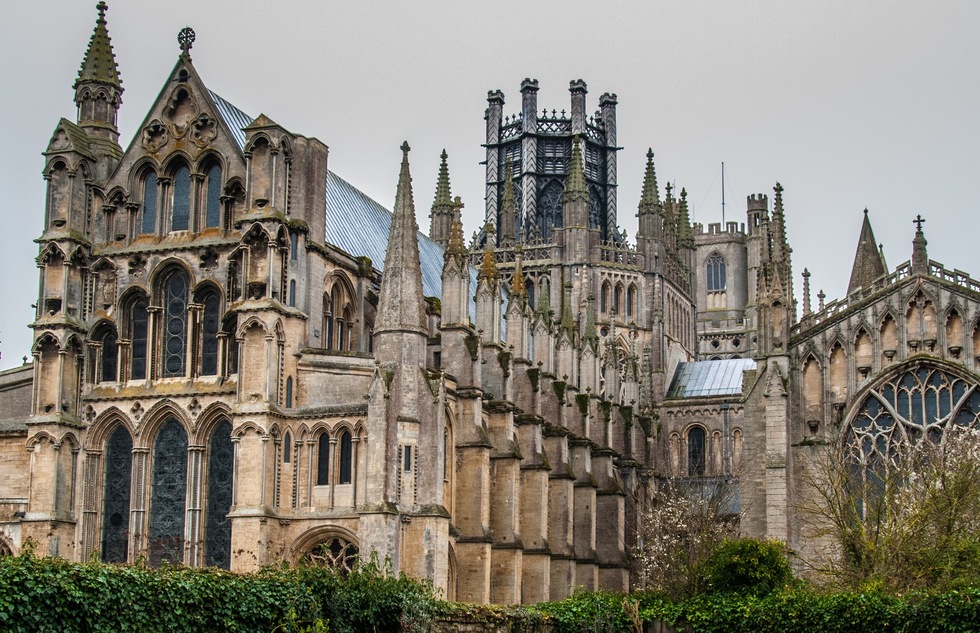 Good morning, everybody! Here's the latest from the world's airplane cabins, train stations, and gaming tournaments.

* DELTA MIGHT BRING BACK FREE MEALS IN ECONOMY (Travel Weekly)

Delta Air Lines might bring back free meals for passengers in the economy section on some transatlantic flights.

Since November 1, the Atlanta-based carrier has been testing complimentary breakfast and lunch for people in coach on certain trips between New York and Los Angeles. The test period ends on December 15, at which point the airline will take a close look at customer satisfaction surveys, budgetary feasibility, and other factors.

If Delta reinstates free meals in the economy cabin, it would be the first major airline to do so since 2010, when Continental did away with the service while merging with United.

No matter what, though, Delta is upgrading its snack offerings—which have always been free, even when United and American discontinued their complimentary snacks during the lean years after 9/11 (both have since resumed giving out pretzels and such gratis).

Starting on December 15, flight crews will be doling out Snyder's of Hanover pretzels, Squirrel Brand honey-roasted peanuts, and NatureBox apple cinnamon yogurt bars, in addition to the Biscoff cookies they're already giving out. What's more, the new snack portions will be bigger than the current ones.

If you go sightseeing in Central London, at some point you'll almost certainly pass through the Waterloo or Victoria rail station—those are the closest stops to attractions like Buckingham Palace, Westminster Abbey, and the London Eye. It's no surprise, then, that Waterloo and Victoria are the busiest stations in Britain's complex rail network, with a combined 180 million passenger exits and entries in 2015-2016, according to a report by the Office of Rail and Road.

But for those who would like to get away from London and take the rails less traveled, Britain has a number of "ghost stations" that receive less than 200 annual exits and entries.

Stations like Shippea Hill in Cambridgeshire, which averaged one passenger per month in the last year, and Reddish South in Greater Manchester, which averaged three, are serviced infrequently by overwhelmingly empty trains.

Of course, these ghost stations don't serve booming metropolises, but the quaintness of the towns they do serve is part of the appeal. Ely, the city that Shippea Hill serves, is home to a cathedral that dates back to 1083 (pictured above) and a history museum inside a 13th-century jail. And a trip to Denton station in Greater Manchester, which averaged six passengers per month, will allow travelers to pop into Fletchers Arms, a family pub less than 2 miles from the station.

Since service can be as limited as one round-trip per day to a single one-way trip per week, travelers will have to stick to strict schedules to make it to these deserted stations. And it can be difficult to even find schedules for some of the more obscure "parliamentary ghost trains"—so named because the trains are still running due largely to the cost, not to mention the time and paperwork, involved in closing a line.

For travelers willing to make the trip to Coombe Junction Halt, Barry Links, or another of Britain's quietest stations, getting to the stop is just the first leg of the adventure; getting to nearby accommodations or attractions is the second.

ESC Games has developed a new avenue of group entertainment.

The New York City-based company has opened a multiplayer video game theater in New Jersey's largest shopping mall, the Westfield Garden State Plaza. The ESC Game Theater allows up to 30 people to compete against each other—individually or in teams—using handheld touchscreen controllers and a movie theater-size screen. A live host provides instructions and commentary.

Video game tournaments, like those held by Electronic Sports World Cup and Major League Gaming, can draw thousands of visitors, and ESC Games hasn’t wasted time in organizing its own competition. The theater's inaugural tournament, the Robot Basketball Season 1 Championship, will be held on December 17.

Gamers or anyone else curious about this new attraction can visit the theater three days a week. It's open Thursday and Friday 4pm-9pm and Saturday 2pm-9pm. Tickets are $5 per game session, which usually lasts 10 minutes.