Thank you for subscribing!
Got it! Thank you!
Home›Tips & News›News›Harry Potter Play Price Hits $10,768, the Hotel in Two Countries at Once, and More: Our Daily Travel Briefing 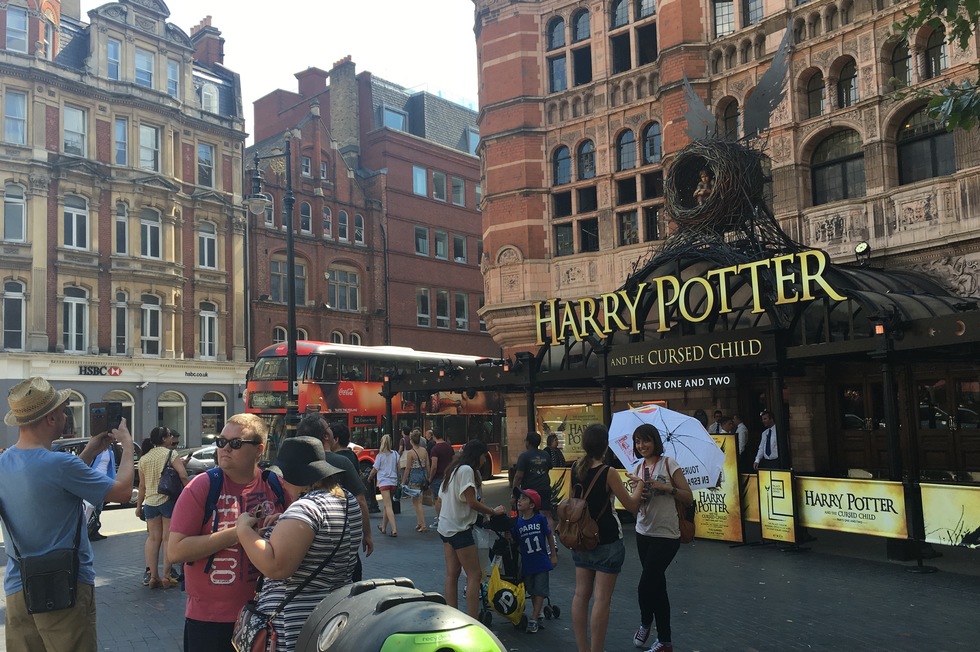 Harry Potter Play Price Hits $10,768, the Hotel in Two Countries at Once, and More: Our Daily Travel Briefing

A roundup of news from all over

ONE TICKET TO THE NEW HARRY POTTER PLAY COSTS $10,768 (The Guardian)

London's newest tourist attraction is Harry Potter and the Cursed Child, a two-part sequel to the Harry Potter books. Bizarrely for the most popular character franchise of all time, author J.K. Rowling, whose judgment is usually so unerring, decided it should first be not a film, which everyone can enjoy, but a play, which only 1,400 people at a time can see. Worse, the play is in two parts, requiring visitors to attend twice—which cuts the number of times the story can be fully told to just four times a week instead of eight, the usual number a West End play is performed each week. Each show has a top ticket prices at £140 ($181) by the Palace Theatre, the play's gorgeous, 125-year-old venue.
A few weeks ago, 250,000 more tickets went on sale and were snapped up within the day. Unsurprisingly, tourists from around the world are planning their London vacations around whatever dates they're lucky enough to score seats.
Also unsurprisingly, with people around the world eager to snag seats and book visits to London, scalpers are behaving like soul-sucking Dementors. A single ticket to only part two of Cursed Child recently sold for £8,327.19, or US$10,768. Of that, £1,772.53 (US$2,292) was a service fee that went to the Viagogo, the "secondary market" ticket seller that perpetrated the gouge.
Staff at the Palace Theatre are fighting back. Anyone whose ticket bears evidence of having been sold on the secondary market, including from sites such as Stubhub, will now be refused. There's a queue around the block for standby seats, and suspicious seats will simply be given to one of the people who spent all day in line trying their luck.
Which boils down to two pieces of advice if you're dying to see Harry Potter and the Cursed Child but haven't been able to secure seats: Buying them for jacked-up rates may be turn out to be a very expensive fail. And the chances of getting a standby seat just improved dramatically.

THIS HOTEL IS IN TWO COUNTRIES AT ONCE (Metro)

The Hotel Arbez in the European village of La Cure is, bizarrely, located in two countries at once. Originally a grocery/pub, the building was bureaucratically cleaved in two when an 1862 border revision—everyone wanted the land because of the strategic importance of the nearby Vallee des Dappes—drew the line between France and Switzerland right through it. In 1921, it became a hotel.
Now the restaurant is technically in two places: One side serves French food and the other side serves Swiss cuisine. The division came in handy during World War II, when the upstairs of the hotel was considered Swiss—the stairway to the upper floor began in Switzerland and not in France—which made it a neutral safe haven for the French Resistance movement. Anti-Nazi activists literally plotted above the heads of Nazi occupiers, who couldn't do anything about it.
Even the bed in the honeymoon suite is bisected by an international border, making it that much easier to cross the line with your loved one. In another room, you sleep in Switzerland but have to go to France to use the bathroom.
There's a restaurant straddling the border of Croatia and Slovenia, but the Arbez is the only known hotel to be split between countries. 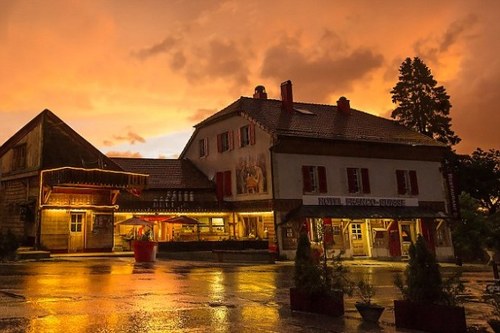 Michael Jackson may be gone, but he has found new live as a tourist attraction. The Mandalay Bay Resort and Casino in Las Vegas has convinced the estate of Michael Jackson to loan it some of its most important mementos to promote the Michael Jackson ONE show by Cirque du Soleil—its second Jackson-themed show, after its smash Immortal World Tour, to pack houses.

The original, 10-foot-tall statue of the King of Pop that was created for the album cover of HIStory—you may remember it as the gunmetal grey monolith in which Jocko stands as stern and as strident as a Third World dictator—is the centerpiece for the new display. But you'll also see artifacts from his era-making moments for the early 1980s, including a pair of his loafers and sequin-bedazzled socks, and the same sparkly military-style red-and-gold jacket he was wearing when Thriller cleaned up at the American Music Awards in 1984.
The casino says it will unveil one more iconic item from the Jackson vault on August 27. All items are free to view.
Our Travel Briefing appears each weekday morning, Monday to Friday. For more updates, as well as vacation photos and travel tips, follow us on Facebook and Twitter.
News