Thank you for subscribing!
Got it! Thank you!
Home›Tips & News›News›Brain Parasites in Hawaii and United's PR Woes: Today's Travel Briefing 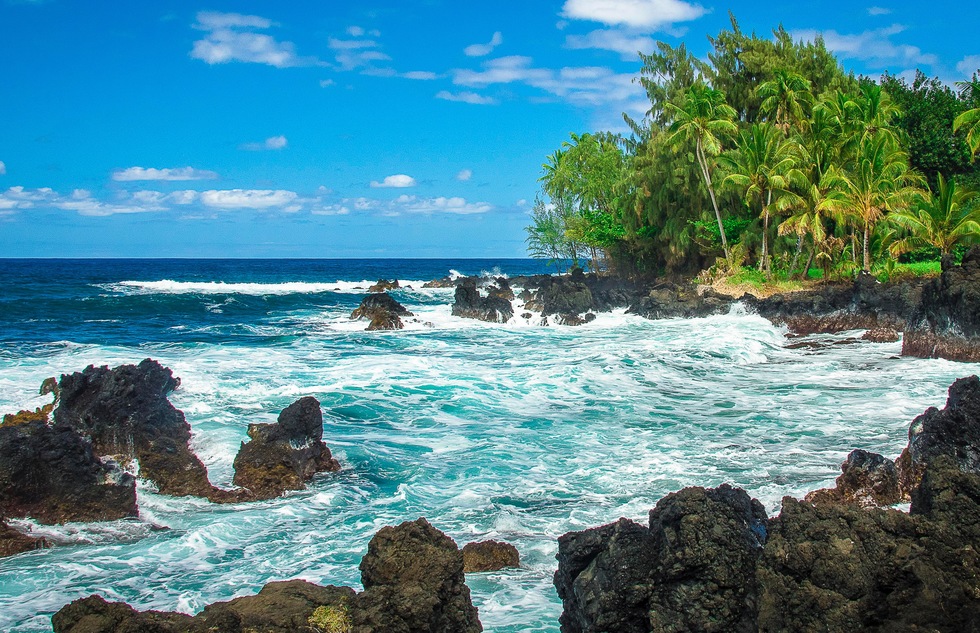 APRIL 28, 2017 — Good morning, everybody! Today we begin with the PR woes of United Airlines—and the carrier's efforts to move beyond them.

The brand has quite a ways to go toward winning the public back, if a New York City film festival audience's reaction to a pre-movie United ad is any indication.

Before the opening screening of this year's Tribeca Film Festival at Radio City Music Hall this week, a 30-second commercial for United's business class prompted widespread derisive laughter from the audience, according to many people who were there.

The airline has been a sponsor of the festival since 2014, and organizers of the event issued a statement of support. Nonetheless, the ad has been pulled from the festival's remaining screenings.

In another development, meanwhile, things took a turn for the surreal.

Simon was the offspring of the world's largest rabbit—the 4-foot, 4-inch, 33-pound Darius, though the 10-month-old Simon was expected to surpass his dad in size.

United claims he survived the flight but was later found dead in a storage room in Chicago. The animal's breeder, Annette Edwards, suspects that he died in the plane's cargo hold.

But let's face it: Either outcome isn't great from Simon's point of view.

Still, it's not as though United isn't trying to improve things . . .

This week United Airlines released its Review and Action Report relating to the Dao incident.

In addition to recapping what went down and where the airline failed, the report lists 10 new or updated customer service policies designed to prevent something like this ever happening again. Here are the changes the carrier has come up with, lifted directly from the report:

1. United will limit use of law enforcement to safety and security issues only.

United will not ask law enforcement to remove customers from flights unless it is a matter of safety and security. United implemented this policy on April 12.

2. United will not require customers already seated on the plane to give up their seat involuntarily unless safety or security is at risk.

3. United will increase customer compensation incentives for voluntary denied boarding up to $10,000.

This will go into effect on April 28.

4. United will establish a customer solutions team to provide agents with creative solutions.

5. United will ensure crews are booked onto a flight at least 60 minutes prior to departure.

Unless there are open seats, all crew members traveling for work on our aircraft must be booked at least 60 minutes before departure. This policy was implemented on April 14.

United will provide annual training for frontline employees to enhance their skills on an ongoing basis that will equip them to handle the most difficult of situations. This training will begin in August.

7. United will create an automated system for soliciting volunteers to change travel plans.

Later this year, United will introduce a new automated check-in process, both at the airport and via the United app, that will gauge a customer's interest in giving up his or her seat on overbooked flights in exchange for compensation. If selected, that customer will receive their requested compensation and be booked on a later United flight.

8. United will reduce its amount of overbooking.

United has evaluated its overbooking policy. As a result, adjustments have been made to reduce overbookings on flights that historically have experienced lower volunteer rates, particularly flights on smaller aircraft and the last flights of the day to a particular destination.

9. United will empower employees to resolve customer service issues in the moment.

Rolling out later this year, United will launch a new "in the moment" app for our employees to handle customer issues. This will enable flight attendants (by July) and gate agents (later this year) to compensate customers proactively (with mileage, credit for future flights, or other forms of compensation) when a disservice occurs.

10. United will eliminate the red tape on lost bags.

United will adopt a new no-questions-asked policy on permanently lost bags. In these instances, United will pay a customer $1,500 for the value of the bag and its contents. For claims or reimbursement over $1,500, additional documentation may be required. This process is expected to be in place in June.

Concludes the report, "This is how we begin to earn back your trust."

In Hawaii so far this year there have been 11 confirmed cases of rat lungworm disease, which is caused by a potentially deadly brain parasite with one of the ugliest names in creation.

Victims include a California couple honeymooning on Maui and two people who might have caught the disease by drinking a homemade herbal beverage.

Tourism officials would like for you to keep in mind that the parasite is very rare and they say there's no cause for canceling vacation plans.

Still, the 11 diagnoses in the first four months of 2017 are about equal to how many people usually get the disease over the course of the entire year.

State health experts don't have a definite explanation for the increase, but it could have been caused by an influx of a semi-slug that can carry the parasite.