Thank you for subscribing!
Got it! Thank you!
Home›Tips & News›News›How to Pack 100 Items in a Carry-On, London's 24-Hour Tube Starts, and More: Our Daily Travel Briefing 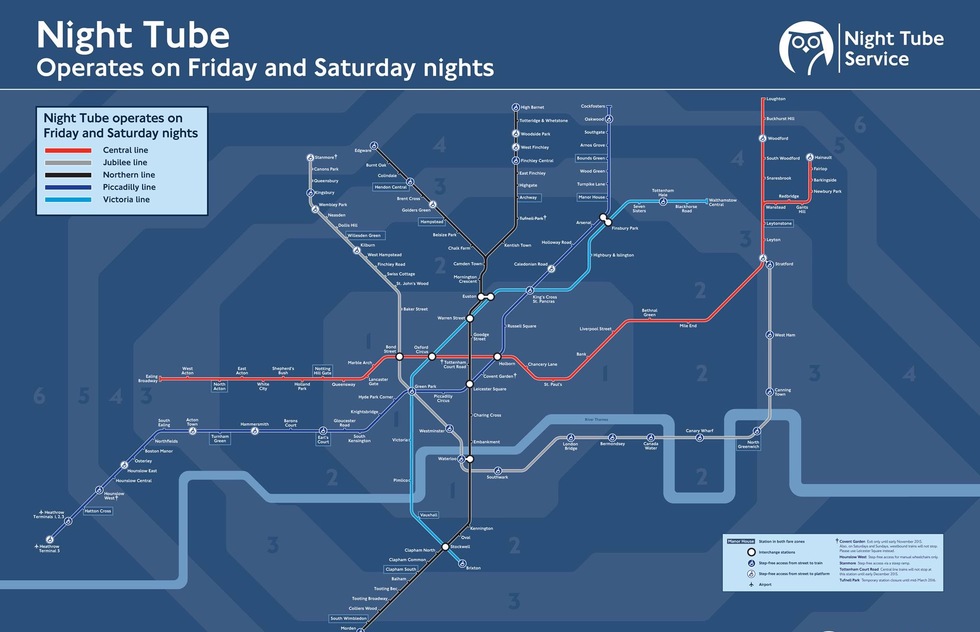 How to Pack 100 Items in a Carry-On, London's 24-Hour Tube Starts, and More: Our Daily Travel Briefing

There can be a penalty to being first: You can do it wrong. That's what happened to London's miraculous Underground system. It was the first of its kind in the world when it opened in 1863, but in 2016, its design is outdated and repairs can't be conducted without shutting down. That's partly why for 153 years London's Tube, like so many world subway systems, has had to close from around midnight to around 5am. And as any visitor to London can tell you, having to rush through an evening to make the final train can put a crimp on a holiday.
Until now. After decades of begging, years of staff infighting, and months of delays, the dream of an all-night Tube will finally be realized this weekend.
Or partly realized: At first, only two lines, the Central and the Victoria, will be chugging through the wee hours, and although they won't reach the farthest corners of the city, they ply the central parts of town where a tourist is most likely to be.
Trains will go every 10 to 20 minutes, which isn't that bad—some major cities see that frequency during daylight—and they're certainly more convenient than the circuitous, multi-stage misery that many Londoners have endured with the Night Bus system. The system is also confined to Friday and Saturday nights—you'll still need to race for the last Tube on school nights.
By the autumn, three more crucial lines—the Northern, the Piccadilly, and the Jubilee—will join the Night Tube, making the below-ground transportation picture in central London nearly complete. Only the Bakerloo is sitting this one out, but the other lines come near enough to its stops for that not to be much of an inconvenience.
The addition of the Night Tube is expected to boost London's economy by £360 million (US$470 million) a year.
Now if we could only convince the city to allow pubs to stay open past 11pm.
advertisement

Six years ago, when Las Vegas resort impresario Steve Wynn embarked on a new project in Macau, China, times were better there. But gaming income in the tiny principality have been plunging—it dropped 34 percent to $29 billion last year, and this year, it is projected to dwindle by another 13 percent. Chinese tourists, the chief market in Cotai, Macau, have been staying away in droves, and even as their numbers rebuild, they're not spending as much as they were earlier in the decade.
advertisement


Hardly the ideal time to open a new 1,706-room resort costing a reported US$4.2 billion. Yet on Monday at 8pm, Steve Wynn will roll the dice when his new Wynn Palace officially opens its doors to the Chinese market. “Only time will say where does the market settle,” Wynn optimistically told the Financial Times. He thinks his casino will still return a modest return—he declines to guess when he might break even—because ultimately, the Chinese people love to gamble.

What kind of facility will entice them? Something very much in the Vegas mold. We'll let the official press release set the scene: "The floral-themed Wynn Palace will transport guests into a world of beauty, excitement and entertainment, starting with a breathtaking ride in air-conditioned SkyCabs that traverse the stunning 8-acre Performance Lake and into the heart of the resort." There's also a bevy of luxury stores (of course) and a US$35 million Jeff Koons "Tulip" sculpture. However, the Wynn Palace only received permits to operate a third of the gaming tables it had originally requested, Reuters reported.
advertisement


Wynn is worth an estimated US$2.9 billion. Sheldon Adelson, another Vegas gambling magnate (and operator of the local Vegas newspaper), is worth nearly $30 billion—and his own Macau property, the Parisian, opens on Sept. 13. 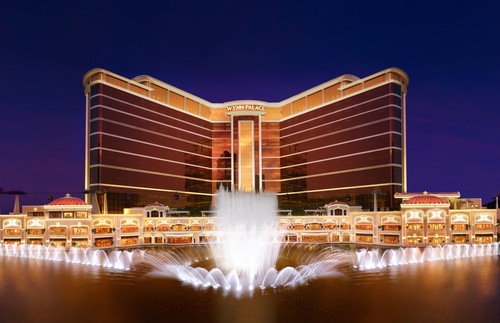 HOW TO PACK 100 ITEMS IN YOUR CARRY-ON (Biaggi)

Watch as this industrious former Bond Girl (Die Another Day) named Rachel Grant shows us how to neatly pack more than 100 things—including a full rail of 23 hanging outfits—into a single piece of hand luggage. She's a maestro at rolling, rubber-banding, plastic-bagging, and re-bottling toiletries—and the final result, we're told, weighed no more than 17.6 pounds (8kg). It helped that nearly everything she chose to pack was lightweight and/or collapsible.


Grant is a regular on the Bravo show Tour Group, but this exercise was a promotion by a luggage company. Ironically, if you're able to follow these tips, you many not have to buy more luggage for a while.

Look at the way she stuffs everything in those 22-inch Ziploc bags! She'd be a sensation during jam-and-pickling season.

Here's her official list of what she packs (she carries her iPhone, passport, iPad, cash, and credit cards in a small cross-body "personal item" bag):


Our Travel Briefing appears each weekday morning, Monday to Friday. Catch up on past days by clicking here. For more updates, as well as vacation photos and travel tips, follow us on Facebook and Twitter.
News
Packing & Luggage