Thank you for subscribing!
Got it! Thank you!
Home›Tips & News›News›Marriott Merger May Raise Rates, Cell Phones Invade National Parks, and More: Our Travel Briefing 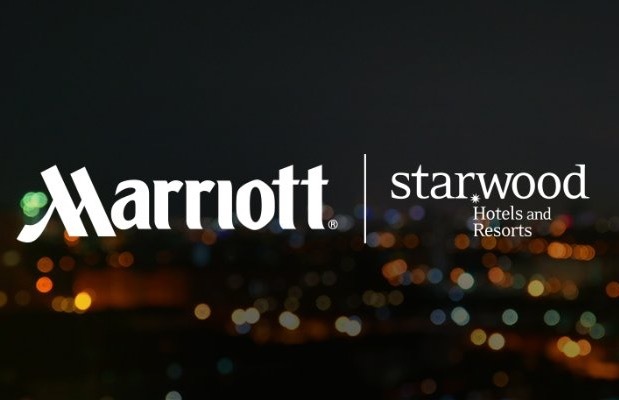 REPORT: MARRIOTT-STARWOOD MERGER MEANS HIGHER RATES (The Economist/Gulliver)
A carefully orchestrated spin campaign (including some paid partnerships with major travel bloggers) has meant that much of the news coverage surrounding the new Marriott-Starwood merger has focused on its effect on loyalty program members.
But one aspect of the consequence of consolidation has been relatively unexplored: What the merger will do to room rates.
The new merged giant is the largest hotel chain in the world, with more than 5,700 properties and 1.1 million rooms. One company now controls 1 out of every 15 hotel rooms on the planet.


Warns the Economist: "A report by CWT Solutions Group, a business-travel consultancy, shows just how dominant the company will become in certain markets. In Minneapolis, Marriott controls about 30% of corporate hotel spending; with Starwood added to its portfolio that will rise to a half. In Mexico City Marriott’s share will climb from about 20% to 48%. In Philadelphia and Los Angeles, it will control 46% of the market."
“With daily room rates and occupancy levels at all-time highs in many major markets, basic economics dictate that less competition will only lead to even higher prices and more challenging negotiations, especially in markets with limited options for corporate travellers,” the report states. That will make it harder for companies to negotiate room rates and could put a crimp in travel budgets beginning around 2018."
advertisement

Look out, leisure travelers. If what happened with the airlines is any guide, you're also in for a squeeze.


CELL PHONE COVERAGE TO INVADE NATIONAL PARKS (San Francisco Chronicle)
"It's a real drag at Artists Point," one Yellowstone National Park tour operator told the Associated Press. "While people are trying to enjoy themselves, somebody's on their phone waving their hands and gesturing and walking around in a circle."
Until recently, huge swaths of public lands were inaccessible to the owners of cell phone towers and so most of America's wildlands were not covered by mobile signals. Despite management plans that stipulated mobile phone coverage would not intrude into backcountry areas of America's national parks, signal spillover from developed areas is spoiling the tranquility of the wilderness, and in fact, the National Park System has no official count on how many cell towers have been permitted to intrude on public lands.
The Public Lands Telecommunication Act, which is House legislation introduced last week by California Rep. Jared Huffman, seeks to further increase cell phone coverage in national parks and public lands.
If it becomes law, the U.S. departments of Interior and Agriculture, which control most public land in the United States, would be permitted to collect rental fees on cell phone towers.
The more Congress starves the administrations of these lands of proper budget allowances, the more they'll be tempted to rent land to towers—which the law would permit in much greater numbers—and the louder the sounds of nature will be disrupted with the jangle of ringtones and the chatter of FaceTime.
SEE A GUY MOONWALK ACROSS EUROPE, JUST 'CAUSE (Travel+Leisure)
advertisement


To wrap up today's Briefing, we bring you something blissfully non-partisan: a masterful video compression of young Travis DeRose's recent two-month, 22-city trip through Europe into 28 seconds. He moonwalks through 13 countries,  He doesn't tell you exactly where he is, but you'll catch on fast, because he grooves past some of the most noted tourism icons.
You wish you'd thought of it. You didn't, but it'll still make you smile.
It makes us think of a similar celebratory conceit by backpacker Matt Harding, who became an early viral video star by dancing his way around the world a decade ago. And he was awesome. Will we see Travis drag himself backward through more continents?
advertisement

Our Travel Briefing appears regularly on the Frommers.com home page. Catch up on past installments by clicking here. For more updates, as well as vacation photos and travel tips, follow us on Facebook and Twitter.
News
Student
advertisement
advertisement