Thank you for subscribing!
Got it! Thank you!
Home›Tips & News›News›Price Hike and Dress Code at Angkor Wat, Bestsellers at Airports, and More: Today's Travel Briefing 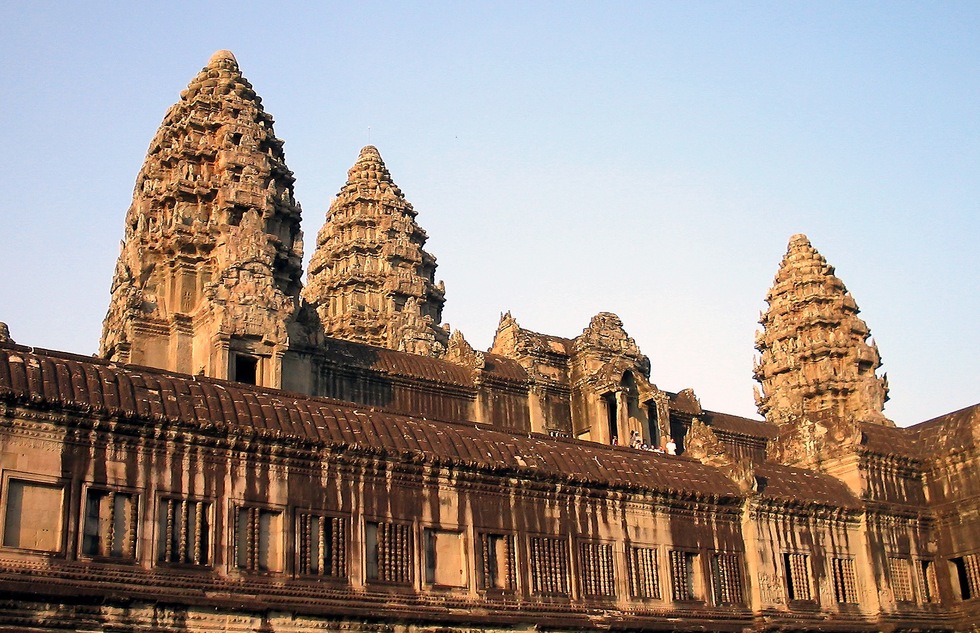 Welcome to the working week! Here's what's happening today in the world of travel.

* PRICE HIKE AND DRESS CODE ANNOUNCED AT ANGKOR WAT (Condé Nast Traveler). If you plan to visit Angkor Wat soon, be prepared for higher ticket prices and a stricter dress code. The price of admission to the Cambodian temple complex will be increasing by almost double in February, when single-day passes will go from $20 to $37. As of last week, visitors are also being asked to cover their shoulders and knees at all times while onsite out of respect for Angkor's sacred status for Buddhists.
The price hike is intended to curb overcrowding at the site, while the dress code comes in response to recent incidents involving travelers taking risque selfies at Angkor and posting them online. Visitors are also warned not to climb on ruins, paint graffiti, smoke, litter, or take selfies with monks—all of which, frankly, you shouldn't have to be reminded of. Violators can be removed, fined, or in some cases even arrested.
advertisement

* NEW AMTRAK LOCOMOTIVES RESPONSIBLE FOR REDUCTION IN DELAYS (Associated Press). We've been saying it for years: Amtrak service will remain disappointing until it receives the necessary funding. That seems so obvious it hardly needs defending, but just in case you still need convincing, here's a news item that makes the same case.
Back in 2013, Amtrak received a $466 million federal loan to build 70 new, technologically advanced locomotives to replace the rickety machines on the tracks of its most heavily traveled line, the Northeast Corridor service between Washington, DC, and Boston, as well as the Keystone line between Philadelphia and Harrisburg, Pennsylvania. The last of the new locomotives is being rolled out this month, but already they've contributed, lo and behold, to a 25% reduction in engine-related delays, according to statistics provided by Amtrak.
So there you have it: investment in trains = better train service. QED.
advertisement

* TOP SELLERS AT U.S. AIRPORTS (CNN). What's the number-one item sold at the country's airports? Chewing gum? Us Weekly? Those oh-so-fashionable neck pillows?
Those aren't even in the top 10. According to Hudson Group, which has more than 950 stores (once known as Hudson News, now just Hudson) in airports and transportation terminals across the United States, five different brands and sizes of bottled water were the company's bestselling items in 2015. Diet Coke and Coca-Cola came in at numbers six and seven, respectively.
There's a simple explanation for this hydration domination: thanks to airline liquid restrictions, once you get past security there's no way to slake your thirst without spending (well, you could try filling up a water bottle in the bathroom sink, but the stop-and-start motion-activated sensors on the faucets are going to make it take so long you're liable to miss your flight).
Rounding out Hudson's top 10 bestsellers: peanut M&Ms, Coke Zero, and The Wall Street Journal—wait, you can buy reading material at a newsstand?

advertisement
Our Travel Briefing appears each weekday morning, Monday to Friday. For more updates, as well as vacation photos and travel tips, follow us on Facebook and Twitter.
News