Thank you for subscribing!
Got it! Thank you!
Home›Tips & News›News›Reservations for Maui Volcano Sunrise, Great Barrier Reef in Peril, and More: Today's Travel Briefing 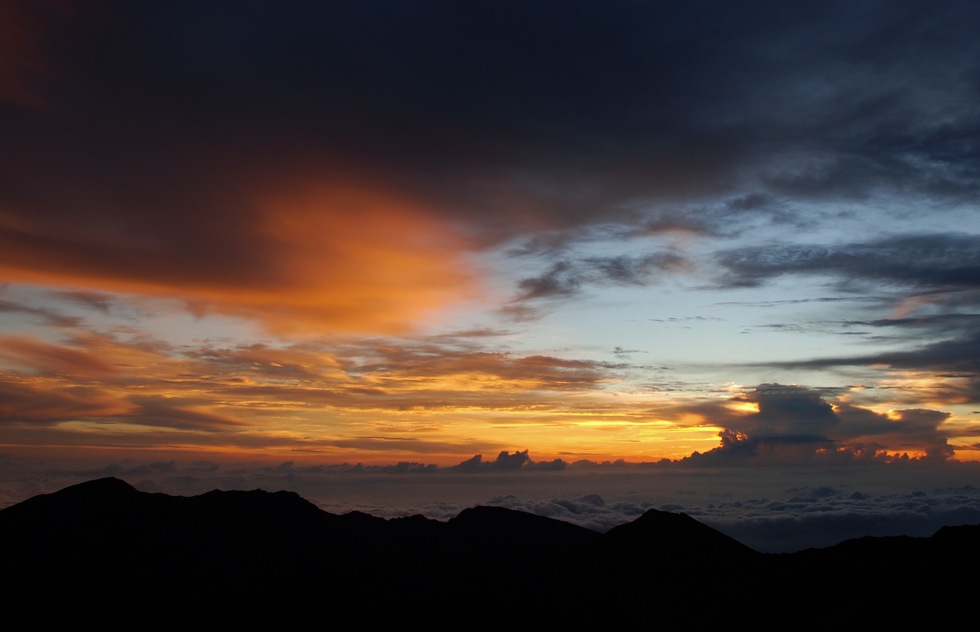 Good morning, everybody! Here's the latest from the world's oceans, volcanoes, and airplane cabins.

It might be time to move the Great Barrier Reef to the top of your bucket list.

The ARC Centre of Excellence for Coral Reef Studies has reported that about 67% of the corals in the northern section of the reef, which aligns with the Cooktown and Cairns areas of the Queensland coast, died in 2016 due to bleaching, a result of prolonged exposure to warm water temperatures.

If you're planning a visit to Australia and want to include the Great Barrier Reef in your itinerary, you might want to shift your attention to locations near its southern end, like Gladstone and Bundaberg.

After this year’s loss of corals—the worst on record—scientists estimate that it will take 10-15 years for the northern region to recoup its losses, and that’s only if further widespread bleaching doesn’t delay recovery.

As well as housing some 600 species of coral, the Great Barrier Reef supports a $5 billion tourism industry. Every year, about two million people travel to see the world’s largest coral reef system up close.

For those who haven't yet snorkeled around Agincourt Reef or gone diving off the coast of Cairns, maybe you should take the plunge while there’s still something to see.

One of the most unforgettable—and most popular—sights in Maui is about to get a little more difficult to experience.

Starting February 1, you'll need a reservation to hike to the top of the Hawaiian island's Haleakala volcano to watch the sunrise (pictured above).

Citing large crowds and safety concerns, Haleakala National Park officials say that those who want to reach the top of the 10,000-foot peak between 3am and 7am will need a parking reservation that's only available in advance and online.

The four parking lots at the top of Haleakala can only hold 150 vehicles. When more cars than that show up, visitors often park dangerously along the nearby winding road, which can damage the ecosystem and block access for emergency vehicles. Additionally, pedestrians face risks when navigating all that traffic in the dark pre-dawn hours.

Permits—which are not required for visits after 7am—cost $1.50 per car, in addition to the $20 you have to pay to get into the park. Book your reservation at Recreation.gov.

Netflix is finally—finally!—rolling out the ability to download shows to your device to watch later, which means that soon, you will not require a high-speed internet connection if you want to be entertained. This could spell doom for the lousy or overpriced entertainment options on flights, and for many people it means they no longer have to shell out for terrible in-flight Wi-Fi in a futile effort to amuse themselves.

Plus, bus trips, rainy days stuck in the hotel—all of travel's dullest moments can now be enlivened with a binge if Netflix members are smart enough to download shows to their phones or tablets ahead of time. (Amazon Prime has allowed downloading since 2015.)

Not everything on Neflix's roster is available to download yet, but the company is working on expanding its offline library. As long as you have the latest version of the app, if a show is available for download, an icon will appear on the details page—look for an arrow pointing downward toward a short line. When you're finished watching the show, simply delete it from your device.

What's already available? So far, original series including Orange Is the New Black, House of Cards, Stranger Things, Unbreakable Kimmy Schmidt, Master of None, and The Crown are all ready for downloading. Other titles you can view offline include TV shows Supernatural, The Office, The Flash, and The 100, as well as some animated movies. The list will only grow.

Now if you only had enough space on your phone.