Thank you for subscribing!
Got it! Thank you!
Home›Tips & News›News›Seat-Back Entertainment Fading Out, a $700 Ski Lift Ticket, and More: Today's Travel Briefing 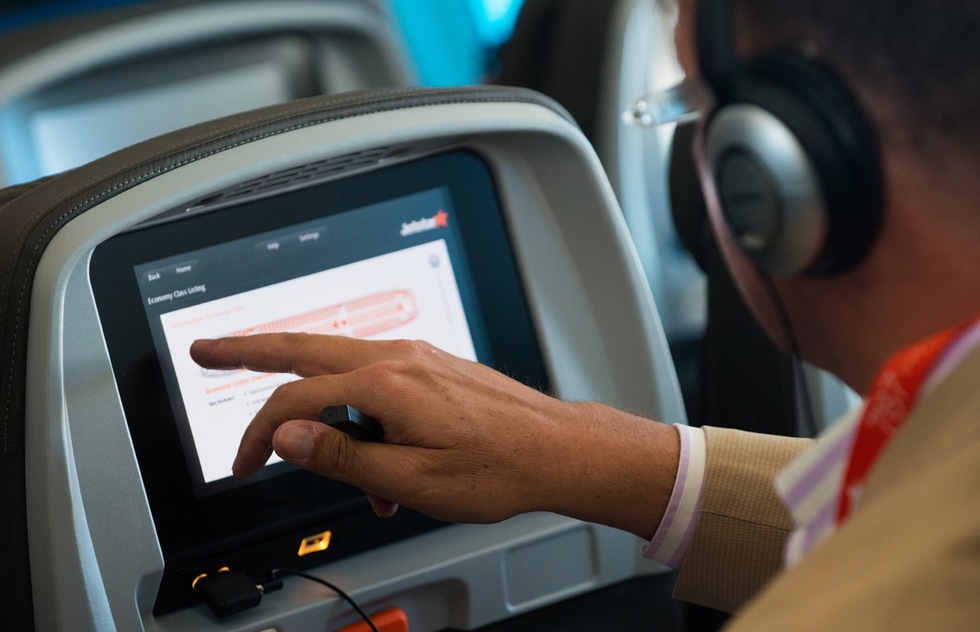 Good morning, everybody! Here's the latest from the world's hotels, airplanes, and ski lifts.

Given that the vast majority of airline passengers now fly with one or more portable smart devices (phones, tablets, laptops), it has become clear that the days are numbered for those little screens embedded in the backs of airplane seats.

And sure enough, a new batch of 100 Boeing 737s that will be entering service for American Airlines by the end of the year will not have seat-back entertainment.

Installing the systems is expensive and the bulky seats and wiring they require make the plane heavier, thus increasing fuel costs. If customers are going to be glued to their own iPads anyway, what's the use?

The carrier says that customers will be allowed to download movies and TV shows from American's online library for free—though there is a charge of $16 per day for logging onto the Wi-Fi.

Of course, since we're talking about an airline, there's no telling how long it'll be before you start getting nickel-and-dimed with fees for accessing premium content or renting tablets if you don't have one or who knows what else.

Then there's the matter of airplane Wi-Fi, which is pretty slow and unreliable across the board. American says it's working to address that issue by dropping current internet provider Gogo for a new one, Viasat, that uses satellite connectivity.

There's an easy way to get around paywalls and buffering on flights, however: Simply download your preferred movies and TV shows to your device before leaving for the airport.

But even if you go that route, one thing you're definitely going to need, especially on long flights, is a place to plug in your charger. Are airlines going to outfit planes with more of those?

Last week Marriott International gave the public a preview of some of the ideas the hotel megachain is considering for rollout in the coming months.

The sneak peek was given to attendees of the Americas Lodging Investment Summit in downtown Los Angeles.

The layout idea, which is being considered for the Element brand, calls to mind the suites in some college dorms. Under the configuration, a communal living room would be surrounded by a kitchen and four bedrooms. Marriott execs say the rooms could be rented by business colleagues traveling together or groups of friends attending bachelor parties and the like. If Marriott decides to move forward with the concept, there could be one such grouping of rooms on each floor of every Element Hotel.

Another project in the works: an automatic wine and beer dispenser that can be controlled via smartphone. Guests would simply go to a website and press a drink icon, paying by credit card or redeeming a complimentary offering from the hotel. Within a minute, the machines would oblige.

Long overshadowed by bigger, glitzier Colorado ski resorts like Aspen Snowmass and Vail, the small, usually understated Sunlight Mountain in Glenwood Springs is making a bid for attention this season with a new lift ticket going for an astronomical $700.

By comparison, peak-season, walk-up lift tickets cost $189 at Vail and $159 at Aspen Snowmass.

In fact, the standard price for hitting the slopes at Sunlight is only $63, in keeping with the place's modest proportions: 680 skiable acres and three chairlifts, as opposed to Aspen Snowmass's more than 5,000 acres and 41 lifts.

So why the so-called "Sunny 700"? For starters, you get more than a day on the mountain. The package also comes with a pair of handmade Meier skis bearing graphics commemorating Sunlight's 50th anniversary, which the resort is celebrating this season. A soak at Iron Mountain Hot Springs is included, too.

In addition to upstaging the big resorts (and lightly satirizing their exorbitant prices), Sunlight's management hopes the lift-ticket stunt draws vacationers' attention to winter-sports options in Colorado that are more laid-back, local-oriented, and affordable.

Well, most of the time.