Thank you for subscribing!
Got it! Thank you!
Home›Tips & News›News›Senators Demand Answers from the Airlines, Chimps Prove Travel Makes You Smarter, and More: Our Daily Travel Briefing 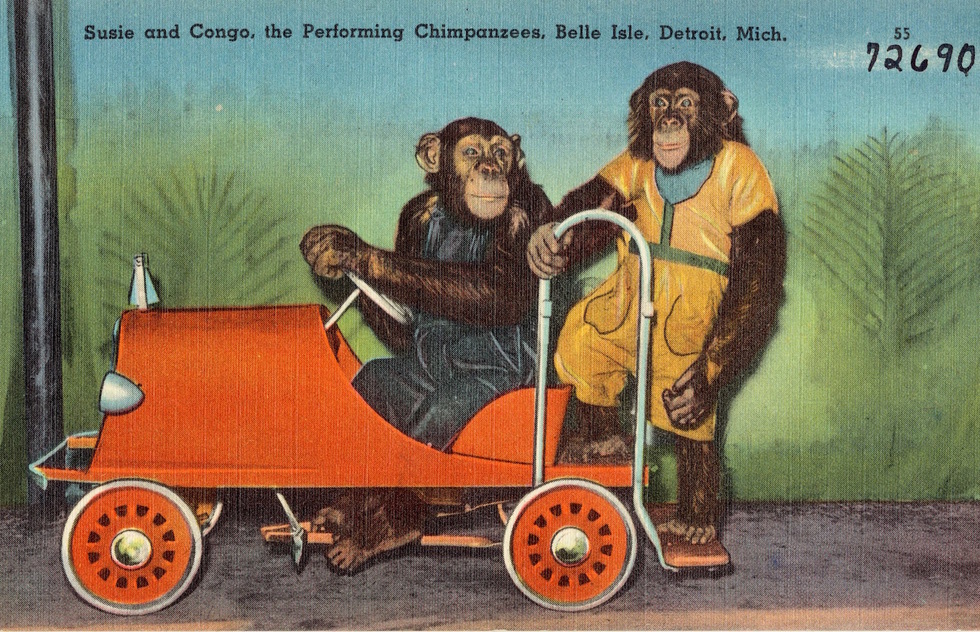 In the past month alone, service on two major U.S. airlines ground to a halt because of computer glitches. Now, some Senators demand to know why the country's airlines are falling apart and can't cope with their self-created problems.

“Now that four air carriers control approximately 85 percent of domestic capacity," they wrote jointly in a letter, "all it takes is one airline to experience an outage and thousands of passengers could be stranded."
advertisement

Although the letter went to 11 major U.S. carriers, it was widely seen as a response to the recent meltdowns at Delta and Southwest. The havoc caused by creaky IT systems was compounded by the airlines' ever-harsher policies and diminished alternatives wrought by mergers—there are now fewer empty seats flying and airlines seem reluctant to place passengers on planes operated by their competition. Delta's response to people who sometimes had to wait several days for a replacement flight was to offer them a pathetic $200 credit and gave them only a few days to secure their new reservations. Infuriated by the risk to America's transportation infrastructure and the ill treatment of consumers, Senators Ed Markey (Mass.) and Richard Blumenthal (Conn.) now insist on a list of explanations—a sure sign that change is in the air over Capitol Hill when it comes to oversight of the air carriers. Lifted from Blumenthal's official press release and the letter itself, those demands include:
advertisement
"• Over the past five years, what was the cause of IT outages or disruptions that caused flight cancellations or delays longer than one hour, what safeguards were in place at the time each outage occurred, and why did these safeguards fail to prevent the disruption?
• What specific safeguards and backups does your company have in place to prevent your airline’s IT systems from failing?
• What is the state of your airline’s IT system and what specific steps are being taken to modernize it, if needed?
• In the event of delays and cancellations caused by the air carrier, does your airline rebook passengers on another airline or with a different mode of transportation for no additional charge?
• What other compensation and recourse, including but not limited to lodging, food, and reimbursement, does your airline provide consumers in the event of delays and cancellations caused by the air carrier?
• In the event of delays and cancellations caused by the air carrier, do you provide your customers with an open-ended opportunity to rebook their flight?"
advertisement
The airlines have until Sept. 16 to respond. You can read a copy of the letter by clicking here (PDF).

Senators Markey and Blumenthal, by the way, are two of Congress' strongest advocates for travelers' rights; it was Markey who demanded that Walt Disney World answer the privacy issues raised by its MagicBand tracking device, and Blumenthal has pressed the Department of Justice to investigate the ever-consolidating major airlines for illegal collusion and cartel behavior.

Findings published last month in the journal eLife indicate that travel broadens the mind and makes you more innovative.

A seven-year experiment in the field among 70 animals in Uganda by researchers at the University of Neuchâtel and the University of Geneva showed that chimpanzees—which share an immense amount of DNA in common with us—were far more likely to come up with creative solutions, including inventing tools, if they habitually roamed than if they remained in one area.

It has long been a standard postulate of evolutionary theory that creatures develop specialized skills only when they need them to survive. This study proved that survival wasn't quite enough, because chimps that were not permitted to wander were less likely to come up with new tools—the added stimulation of a changing setting seemed to be key to making innovation happen, and chimps that traveled long distances were 15% to 20% more likely to turn a log, stick, or leaf into a tool than non-traveling chimps were.
advertisement

"Our results show that travel fosters tool use in wild chimpanzees and it may also have been a driving force in early technological evolution by humans," wrote co-author Dr. Thibaud Gruber in a statement announcing the results.

Read the results: Travel fosters tool use among wild chimpanzees. And if you've always wanted to travel more, this proves it's worth the leap. Go bananas.

THE DIRTY TRUTH ABOUT THAT SWIMMING POOL SMELL (FastCo.Create)

Surely your summer excursions have taken you to a swimming pool somewhere around the globe. Maybe you heard about the recent outbreak of Cryptosporidiosis, or "crypto," in Ohio that sickened more than 100 swimmers over the summer holidays. Maybe you're traveling to a water slide park or a fancy resort soon and you've always been curious about the cleanliness of the water.

The American Chemical Society has produced a short, sprightly video that answers the age-old question: Is it all right to pee in the pool? (Even if no one notices?)
advertisement


You'll know the answer within 150 seconds. But you'll never be able to enjoy that "swimming pool smell" in quite the same way again.


Our Travel Briefing appears each weekday morning, Monday to Friday. Catch up on past days by clicking here. For more updates, as well as vacation photos and travel tips, follow us on Facebook and Twitter.