Thank you for subscribing!
Got it! Thank you!
Home›Tips & News›News›The World's Largest Hotel Chain, a Lawsuit Over Airplane-Seat "Spillover," and More: Today's Travel Briefing 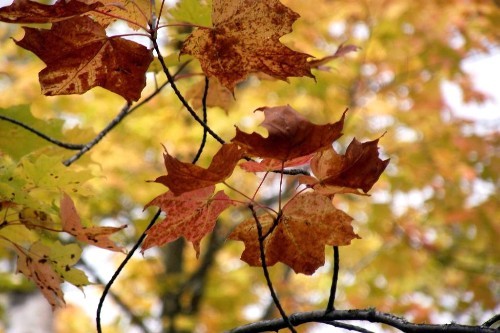 Good morning! Here's the latest from the world's airplanes, hotels, and tourism destinations.

* MARRIOTT FINALIZES PURCHASE OF STARWOOD, CREATING WORLD'S BIGGEST HOTEL CHAIN (Associated Press). On Friday, Marriott International's $13 billion acquisition of Starwood Hotels & Resorts Worldwide was finalized, having been delayed for months pending approval from U.S., European, and Asian antitrust regulators (the Chinese government was especially poky).
The move creates the world's largest hotel chain, spanning more than 5,700 properties and 1.1 million rooms in more than 110 countries. That means that more than 1 out of every 15 hotel rooms available on the planet now belongs in some way or another to Marriott.
Among the company's grand total of 30 brands: Courtyard, Ritz Carlton, Sheraton, Westin, W, St. Regis, and, of course, Marriott hotels. Some of those are performing better than others, but Marriott executives say there's currently no plan to drop any of them (although some individual hotels could get sold off).
What does all this mean for the points and perks you've accrued through the two companies' guest loyalty programs? Though those programs will remain separate for the time being, you can now link your accounts at Marriott and Starwood and get comparable status at each (if you're a gold member in one, you'll be gold in the other).
Additionally, each Starwood point will be worth three Marriott Rewards points—which is a pretty good deal.
For now, Starwood's partnerships with American Express, Delta Air Lines, and Uber will remain in place, as will Marriott's partnerships with Chase and United Airlines. In the long term, however, Marriott says those deals could change.

Remember when September was autumn? It sure doesn't feel like that this year in the United States—you'll search in vain for a nip in the air pretty much anywhere you travel in the country.
And according to the National Weather Service's three-month forecast, above-average temperatures will continue through the end of the year.
Due to a combo of normal weather patterns and long-term climate change, 2016 was already expected to be the warmest year on record; our hot fall makes it a near certainty.
If you're hitting the road from now until December, you can expect the most abnormal warmth in parts of New Mexico, Arizona, Utah, and Colorado.
Precipitation levels, meanwhile, are expected to be around the seasonal average everywhere in the U.S. except the Deep South, where they'll probably be below average, and in Alaska and Montana, where they'll likely be above.

* PASSENGER SUING AIRLINE OVER "SPILLOVER" FROM OVERWEIGHT SEATMATE (USA Today). A passenger is suing Emirates because he says a nine-hour flight operated by the airline was ruined by the "spillover" of an overweight person seated next to him.
The guy doing the suing—an Italian lawyer named Giorgio Destro—says he asked the flight crew to help him find another seat on the July flight from Cape Town to Dubai, but they couldn't because there were no other seats available. Instead, he says he had to stand in the aisle and occupy flight attendants' seats when they didn't need them, before finally resigning himself to discomfort.
All of which we're sure made the overweight passenger feel just great.
For his trouble, Destro is suing Emirates for 2,759 euros (US$3,100)—759 euros in compensation for his ticket, and another 2,000 in damages.
The case is scheduled to be heard in Italian court on October 30.