Thank you for subscribing!
Got it! Thank you!
Home›Tips & News›News›Underwater Titanic Tours, Virgin America Gets the Axe, and a Delayed Airline Rule: Today's Travel Briefing 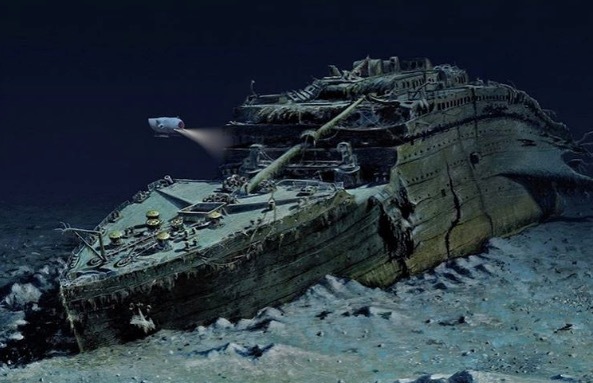 MARCH 27, 2017 — Good morning, everybody! Here's the latest from the world's airlines and underwater submersibles.

The highly regarded, much-beloved Virgin America is getting the axe.

Alaska Airlines, which acquired the other carrier in a $2.6-billion merger in December, has announced plans to fully absorb the Virgin America brand by the end of 2019.

Seattle-based Alaska Airlines made the purchase in a bid to become the dominant carrier on the West Coast. Though Alaska has previously focused on affordability and reliable service, the company says it plans to keep the stylish touches and passenger perks that have won Virgin America such a devoted following, including the airline's trademark mood lighting, boarding music, and superior (and free) in-flight entertainment options. The airline is also expanding its first-class and premium seating to cater to Virgin America's loyal business travelers and well-to-do trendsetters.

The popularity of the Virgin brand notwithstanding, Alaska has chosen to drop it for the sake of efficiency, consistency, and, last but certainly not least, expensive licensing fees, which Alaska will no longer have to pay to London's Virgin Group.

That conglomerate's billionaire founder, Richard Branson, sent a heartfelt message to Virgin America's employees and fans in a blog post. "Many tears are shed today," he wrote, calling the brand's demise "sad (and some would say baffling)." —Zac Thompson

If you've ever been separated from your checked luggage—or worse, your checked wheelchair—you might have wished the government would do something about the problem.

Last year, the government did, finalizing a new rule that would shed some light on how well airlines handle checked bags and wheelchairs. And this year, the Department of Transportation, at the request of the major U.S. airlines, undid it—at least for now.

The consumer protection rules will eventually require airlines to report new information on mishandled bags and wheelchairs. Those regulations were set to take effect on Jan. 1, 2018.

But Airlines for America, the trade association representing most U.S. carriers, contends that more time is needed to comply with the law. With agreement from new Transportation Secretary Elaine Chao, the rule will instead go into effect Jan. 1, 2019, giving airlines an additional year to implement it.

What the rules mean:

Data on mishandled wheelchairs, which are sometimes severely damaged in the plane's cargo hold, is currently reported to the Department of Transportation in the same category with checked luggage. This lack of transparency gives wheelchair users no way of determining the level of confidence they should have when turning over expensive mobility equipment to the airlines. Once the new rule takes effect, airlines will be required to report damage to wheelchairs in a separate category for the first time.

These consumer-friendly rules are designed to provide transparency to passengers. Now it looks like things will remain murky for another year. —Jessica Monsell

Underwater tours of the Titanic shipwreck site will begin heading beneath the waves in May 2018. And just like a first-class ticket aboard the doomed ship's first and only sailing in 1912, the price is obscenely high.

Operated by UK tour company Blue Marble Private, the eight-day voyage—which takes passengers from Newfoundland to 2 miles below the Atlantic Ocean and back—costs an incredible $105,129 per person.

For that small fortune you'll get several chances to board a custom-made titanium-and-carbon submersible and explore the sunken ship's deck, bow, bridge, and the spot where the grand staircase used to be. You'll also get to see cool bioluminescent marine life down there.

As we learned from Billy Zane in James Cameron's 1997 movie, however, your wealth does not purchase the right to act like a big jerk.

Despite the price—which is nearly double what Deep Ocean Expeditions was charging in 2012, the last time tourists were brought to the site—Blue Marble Private says the 2018 trip is fully booked, and the company is already planning more for 2019.

If you adjust for inflation, the more than $100k cost of the experience translates roughly to the price of first-class passage on the ship in 1912.

Another luxury company called Bluefish is also currently planning a trip to the wreck site, but no dates or prices have been announced. —ZT