Thank you for subscribing!
Got it! Thank you!
Home›Tips & News›News›Why Florida Is the Weirdest State in the Country 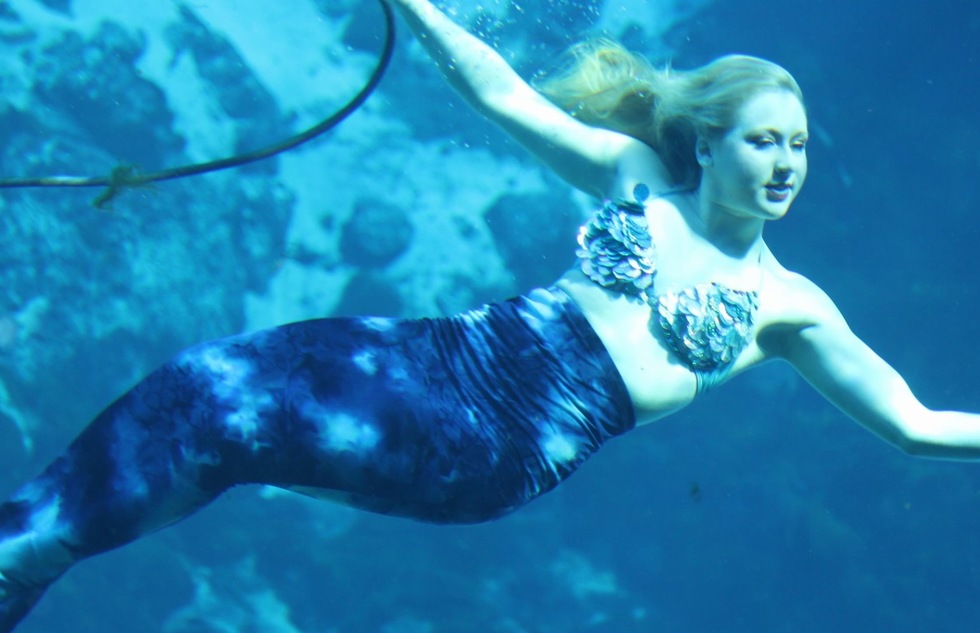 Why Florida Is the Weirdest State in the Country

The guy who wrote the book on Florida freakishness tells us why visitors to the Sunshine State should expect the unexpected—and embrace it.

In the big dysfunctional family that is the United States of America, Florida is the strange uncle who drives on a suspended license, is a little too comfortable with his own nudity, and is more likely than any other relative to have at some point wrestled an alligator. Journalist, author, and native Floridian Craig Pittman delves into—and embraces—his home state’s freakiness in his new book, Oh, Florida! How America’s Weirdest State Influences the Rest of the Country. Pittman sat down with Frommer’s editorial director Pauline Frommer to talk hurricanes, theme parks, taxpayer-funded mermaids, and how there’s a lot less sunshine in the Sunshine State than you’d expect. An edited transcript of their conversation follows:
Pauline Frommer: You spend many hundreds of pages trying to explain why Florida is so weird. If you could sum it up in less than a hundred pages, you probably wouldn’t have written a book. But can you put it in a nutshell?
Craig Pittman: You want the Twitter-sized answer? Basically, Florida is so weird because we have so many people here now—we’re the third most populous state. We have 20 million people living here, and then about a hundred million tourists who come every year. Most of these folks are crammed into a 35-40-mile-wide strip around the state’s coast or along the Interstate 4 corridor near Disney. You put that many people in that close proximity of one another—and they’re from so many different backgrounds and cultures and so forth—they’re bound to start ramming into each other’s cars, attacking each other with machetes, that kind of thing.
Frommer: Then when you mix in alligators and humidity and the fact that—and I was fascinated when I read this in your book—after World War II, Florida was the second least populated state in the nation. So this has all happened in a generation and a half.
Pittman: It happened very, very rapidly, and that’s also why things are so weird here. We’ve undergone this wrenching demographic change of going from this extremely rural, extremely undeveloped state to this place where that pecan grove you grew up next to is suddenly a shopping mall and then the shopping mall is torn down and becomes apartments and then the apartments get torn down and become a strip shopping center. The pace of change makes it tough to keep up with things. One person I quote in the book says, “If you live in Florida for a while you’re like that kid in The Sixth Sense who’s constantly seeing things that aren’t there anymore.”

Frommer: A lot of the reason people moved there is based on a lie—the idea that Florida is the Sunshine State is Orwellian, correct?
Pittman: It’s all hype. Most of our cities get more annual rainfall than famously gloomy Seattle. And of course we’re the capital for lightning in the United States as well. And we get hit by more hurricanes than any other state, too.
Frommer: So a lot is going wrong in Florida. I mean, I don’t want to make this all negative—
Pittman: Definitely not. We have an award-winning state park system. We have some of the most beautiful beaches in the world. We have these cotton-candy sunsets that people rave about. There’s a lot of cool stuff in Florida, too.
Frommer: But you’ve gotta drive to get there. And that’s a problem. Why is the driving so atrocious in Florida?
Pittman: Again, it goes back to that mix of people. We have people who won’t stop for anything, and people who stop for every pebble in the road. We’ve got people who wouldn’t use a turn signal if you threatened to shoot them, and people who turn on their turn signal and leave it on for 3 miles and then turn in the opposite direction. Plus, the heat makes people’s tempers flare very rapidly, so we end up with some really wild road rage stories, including my favorite one about the guy in Gainesville who got into a road rage incident in which he ended up running over himself.
Frommer: How did that happen?
Pittman: He got out of the car. Never get out of the car.
Frommer: Going back to the state parks, people forget that before there was Disney World and all its compatriots among the amusement parks, there were these magical state parks that are well worth visiting today.
Pittman: Absolutely. We go from the highs of Topsail Hill State Park, which has these magnificent 40-foot dunes, to the lows of Devil’s Millhopper State Park, which is a sinkhole that has become its own ecosystem—it actually changes as you go down. We’ve got the Biscayne National Park off the coast; it’s an underwater park.
Frommer: And you’re the only state that has mermaids on the state payroll, right?
Pittman: That’s one of my favorite facts about Florida. There was a roadside attraction, Weeki Wachee Springs, that had women who would dress up as mermaids and swim around and do a show. When they started facing declining fortunes, the state bought the place and took it over. So now the mermaids work for the state, which has led to some interesting conversations about the taxpayers footing the bill for things like waterproof lipstick and shell bras.

Frommer: What about all the nudists? Obviously, the hot weather is conducive to being stark naked, but what are some of the wacky things people may not realize about people running around nude in Florida?
Pittman: We do have quite a few nudist colonies in Florida, including one that offers the American Association for Nude Recreation’s official library. If you want to go sit in the nude and read about being nude, that would be the place to go. And you’re right: it’s the weather that attracts a lot of folks who prefer to be clothing-optional, and that has led to some interesting news stories. One of my favorites: a woman at a nudist colony went for a late-afternoon swim and wound up battling an alligator, and her husband, who was equally nude, came to her rescue and saved her. I always tell people, "That is the bravest guy I know." I can’t imagine taking on an alligator and doing it while you’re not wearing any clothes.
Frommer: My favorite from your book was the guy who rang the doorbell nude to propose to his girlfriend, but rang the wrong doorbell and got tasered.
Pittman: I think the taser is the favorite weapon among police officers here. Remember, we’re the state that contributed the phrase “Don’t tase me, bro” to the American lexicon.
Frommer: So if vacationers want to experience the full-out weirdness of Florida, what’s your advice to them?
Pittman: I always tell visitors: Park in the shade, lick your fingers before you remove any sand spurs, and just enjoy—and be prepared for—the unexpected, because it’s probably going to happen here.

This interview was broadcast on The Frommer's Travel Show, which airs nationally on Sundays from 12 p.m. to 2 p.m. You can tune in then or subscribe to our podcast to make sure you never miss an episode.