Thank you for subscribing!
Got it! Thank you!
Home›Tips & News›News›"Will the Real Arthur Frommer Please Stand Up?" 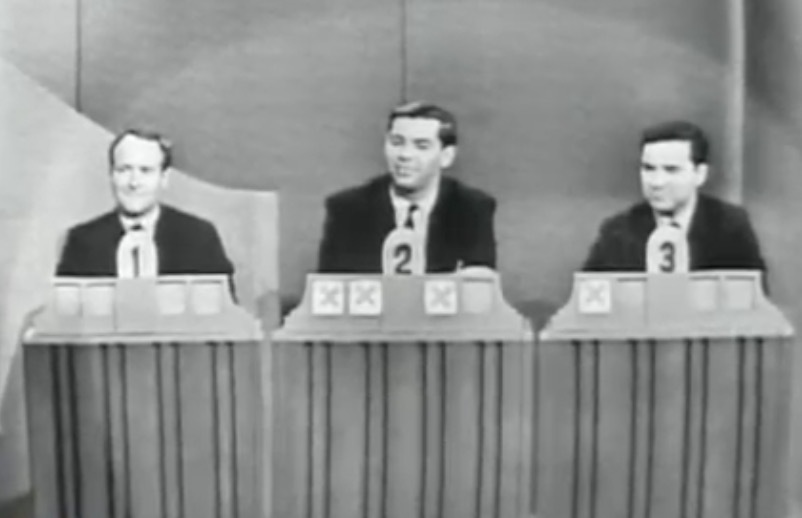 "Will the Real Arthur Frommer Please Stand Up?"

Can you identify the real Arthur Frommer? In 1963, CBS put America to the test when the travel authority appeared on the classic game show To Tell the Truth.

Almost as soon as Europe on 5 Dollars a Day was published, Arthur Frommer became a household name—but not a household face. It had to be that way. If hotels and restaurants knew who he was, he wouldn't have been able to deliver the fair assessments of them that became his hallmark.

But that didn't change the influence he had. Nora Ephron, profiling him in The New York Times in 1967, powerfully illustrated his impact on the young international travel industry: "This year 350,000 Americans—one out of five who travel to Europe—will go with Arthur Frommer. They will eat with Arthur Frommer and, as something of a witticism has it, sleep with Arthur Frommer..."

Intrigued by the travel guru's somewhat mysterious standing in American pop culture, CBS invited a 34-year-old Arthur to appear in 1963 as a contestant on its popular prime-time game show To Tell the Truth, in which a celebrity panel tried to figure out which of three contestants wasn't lying about themselves.

The episode, which also features host Bud Collyer and panelists Tom Poston, Peggy Cass, Sam Levenson, and Kitty Carlisle, was recorded in CBS's Studio 52 at 254 West 54th Street in Manhattan. In the 1970s, the same theater became the legendary Studio 54 nightclub; today it belongs to the Roundabout Theatre Company.