Thank you for subscribing!
Got it! Thank you!
Home›Tips & News›News›Yosemite Expands, the Trump Campaign's Effect on Trump Hotels, and More: Today's Travel Briefing 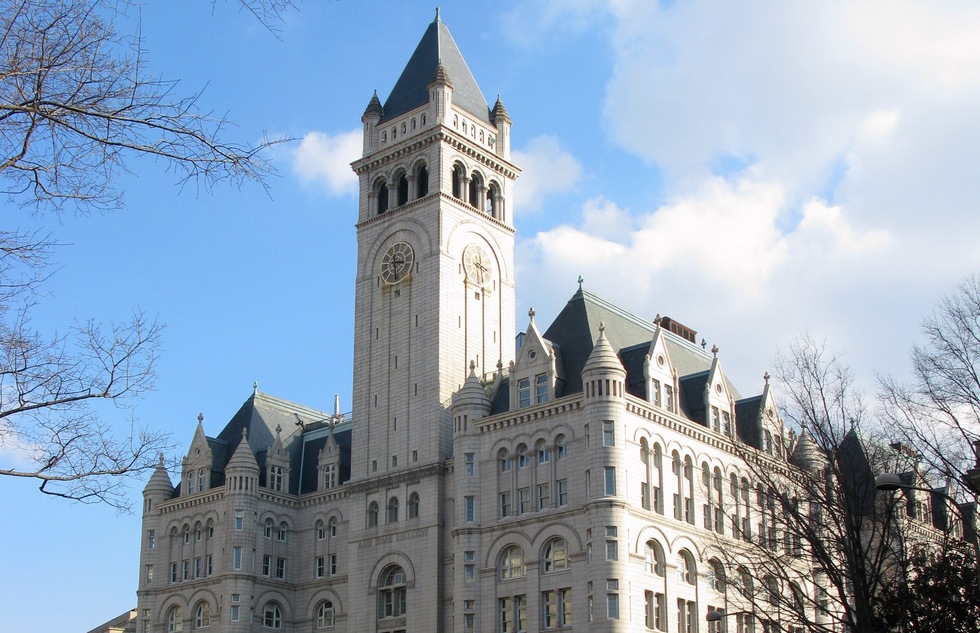 Here's what's happening in the world of travel this Monday morning.

* YOSEMITE NATIONAL PARK EXPANDS (Associated Press). California's Yosemite National Park grew by 400 acres last week—the park's largest expansion in 70 years.
Thanks to a donation of land from private owners, Yosemite now includes Ackerson Meadow, a green expanse surrounded by pine trees and inhabited by wildlife including the endangered great grey owl.
Donors Robin and Nancy Wainwright say they passed up a lucrative offer to turn the land into a resort, choosing instead to allow all Yosemite guests the chance to spot bears loping through the grassy meadow or springtime wildflowers blanketing the rolling hills.
Critics—and there were some, given that publically held land has become a politically contentious issue—say they'd prefer the acreage be used for cattle grazing and logging, as it's been used in the past.

Take a peek at the newest part of Yosemite: Ackerson Meadow. This week, the 400-acre meadow became part of the park, representing the largest addition to Yosemite since 1949. The landmark expansion protects an area that provides a home for several state and federally listed species. Thank you to all involved in this incredible effort, including @trustforpublicland, @nationalparkservice, @americanrivers, @thenationaltrust and our generous donors! Read the press release: bit.ly/2clygEf [Photo] Robb Hirsch #Yosemite #AckersonMeadow #DonorsMakeADifference

A photo posted by Yosemite Conservancy (@yosemiteconservancy) on Sep 9, 2016 at 10:46am PDT


* NEW APPS LET YOU TURN YOUR LUGGAGE INTO A COURIER SERVICE (The Economist). Airline baggage fees have turned luggage space into a valuable commodity. And now there are apps to help you sell it.
A startup called Airmule and a new rival, Grabr, connect customers in need of a delivery service with users who have space to fill in their suitcases. With Grabr, you can search to see if anybody in the city you're flying to wants anything from the city you're flying from, and you can deliver it for a fee.
So, for instance, if you're flying from Chicago to Miami and find that you have extra room in your bag, you can bring, say, a box of Frango mints to some homesick transplant, and get paid for it. How much money you make depends on how much the person on the receiving end is willing to pay.
Airmule, meanwhile, has set fees for deliveries: $40 for packages up to 5 pounds, $60 if the mule departs within 48 hours, a $5 extra fee if the mule has to travel to pick up the package, and so on.
If this system strikes you as filled with certain legal risks, you're not wrong. While it's not against U.S. law to travel with someone else's stuff, you can nonetheless be subject to penalties if that stuff is illegal.
Grabr tries to protect users against that outcome by having the person doing the delivering also do the purchasing and packing, so they know what they're traveling with. Airmule mules, by contrast, receive goods prepackaged by the sender—though they get a little security, too, because senders have to upload photos of the item being sent and they have to supply credit card info and their addresses.

* IS THE TRUMP CAMPAIGN HURTING TRUMP HOTELS? (Boston Globe). In Washington, DC, a luxury hotel is set to open today in the Old Post Office Pavilion, following a $200 million renovation of the historic building, which was constructed in 1899.


(photo: thisisbossi/Flickr)
But the idea of staying there might be a nonstarter for many travelers—and not just because the lowest rates are $950 per night.
The place is the latest Trump International Hotel, named for a certain orange-tinted presidential candidate currently upending the American politcal system.
Given the especially polarized state of the populace during this election year, there are signs that a sizable chunk of vacationers are opting not to stay at properties bearing the Republican nominee's name.
Because the high-end hotel chain is part of a privately held company, its finances don't have to be made available to the public. So it's not possible to say for sure that the hotels have lost money this year.
But the booking site Hipmunk says that its reservations for Trump hotels are down 60% compared with 2015; experts consulted by the Boston Globe estimate a drop of at least 30%; and in a survey conducted by travel-industry website Skift, 57% of respondents said they were less likely to stay in a Trump hotel after his campaign.
What the hotels do have going for them: high marks for quality from the press and the possibility that well-heeled Trump fans might be more inclined to stay at one of them to show their support.