Thank you for subscribing!
Got it! Thank you!
Home›Tips & News›Money and Fees›Using Contactless Credit Cards When You Travel 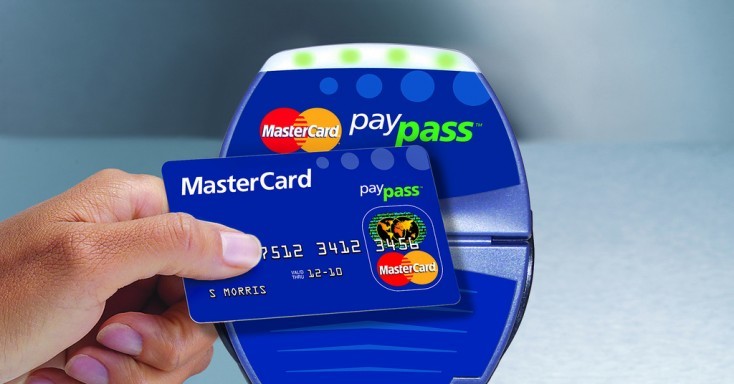 The new twist in credit card purchases is contactless payment—how does it work, and can you use your credit card on vacation?


Introducing the newest credit card wrinkle to baffle travelers: contactless cards.
A chip on your credit card doesn't necessarily mean it's contactless. Contactless payment basically means this: Instead of signing a payment slip, you hold your credit card a couple of inches from a designated pay point and built-in chips authorize the sale—the purchase won't work unless you put the card extremely near the pay point. You just tap and go. The major credit card companies are rolling it out in Europe faster than they're rolling it out in North America, which means when you travel you'll come across it and wonder if you can use it.
Does my card have contactless capability?
If your credit card has contactless capability (and it's up to your bank or issuer to provide it), there will be some kind of Wi-Fi symbol printed on your card. Visa's contactless program is called payWave, and you can find a list of banks that supply the card at this link. MasterCard named it PayPass (apparently the future will not contain spaces) and prints contactless-enabled cards with a series of dots. Visa and MasterCard partnered with Apple to slip the technology into its new iPhones. American Express, which issues its own cards, calls its system ExpressPay. Only a subset of AmEx cards currently offer contactless (click here for the list). Despite the different names, they all do the same thing.
It can't hurt to call your issuer, ask if it currently supports contactless payment, and then, if it does, ask if you can have it now.

Can I use contactless when I travel?
Naturally, contactless payment requires lots of technology and lightning-fast communication between the vendor and your bank. Domestically, the system tends to work. But just as you might expect, merchants don't have their act together. London's transportation network, to take only one example, is aggressively trying to move passengers to its contactless system in a well-funded marketing campaign—but only some tourists will find their charges actually go through. Without getting too deep in the technological weeds, part of the issue is that some card issuers are slow to get online and the rest of the problem lies with the way vendors process your request for payment.
If your equipped card doesn't work abroad, it the snafu probably lies with the merchant. They may tell you they use contactless travel, but when foreigners try to make a purchase, they may fail.
Here's the major reason: Some merchants, such as stores, can take a few seconds to transmit your information to your bank for approval while you wait, just as they do with signature-authorized transactions. Others, such as public transit entry, can't afford to take that time to send questions to a bank because there'll be a line of people waiting. Some of those vendors keep updated banking information on their own computers to speed things up and others don't.
The ones that don't keep banking information might take the risk that you're good for the money and let you board the first time, but during the next minutes while you're riding, the transit company may take a moment to communicate with your bank, and if it finds your card wasn't actually supported, it may not allow you on board for a second ride.
For that reason, the bottom line is that just because you can make a contactless purchase with a card in another country doesn't mean you'll be able to do it again 10 minutes later at the same place. And in nearly all cases, there's no way for you to know ahead of time if your particular credit card will work. Because every vendor chooses a different verification method, you simply have to try.
The good news, according to a Visa representative, is that if your card is deemed incompatible for the contactless purchase you're trying to make, your account won't be penalized or frozen for that reason alone. (Just make sure your issuer knows ahead of time where you'll be traveling.) Your credit card company knows how messy the transition to contactless will be, so it's cutting travelers some slack for now. So you're free to try your luck.

How is contactless different from cards with a visible chip?
The other good news is that just because your contactless card doesn't work at the subway turnstile, it should still work at the old-fashioned ticket kiosk 10 feet away. And because contactless cards generally also have an EMV chip embedded, they're also likely to work in the automated vending machines that require chipped credit cards, many of which have declined Americans' magnetic stripe-only cards until now. By 2017, MasterCard expects all U.S.-issued cards to finally carry these chips. It's astounding it took America this long, because more than 80 other countries got there first.

Most chip-embedded American cards do not require PINs to activate a purchase; they only require a signature. But that may change once most consumers have chipped cards.
For maximum travel flexibility, and to ward off potential system conflicts, you want a card that has three things, in increasing order of their current likelihood of functioning: contactless payment, EMV chips, and magnetic strip. You're unlikely to get all three right now.
If you have an American Express card, you may ask for an EMV-chipped card right now (giving you the last two of that list), and the company will send you an upgraded card without charge. The first pre-paid American Express cards with EMV (but not contactless) are due to arrive in 2015.

Most issuers are sending cardholders chip-equipped cards as their old ones expire. Visa reports that at the end of next year, 70% of its credit cards and 41% of debit cards will be embedded with this chip technology.  They'd love to go faster, but merchants also have to upgrade their own systems. The final goal will be what's called "chip-on-chip transactions" in which both customer and merchant have matching technology, but only half of U.S. merchants will fit in that category by the end of 2015.