Thank you for subscribing!
Got it! Thank you!
Home›Tips & News›Money and Fees›Resort Fees Have Spread to City Hotels Now: How to Get Them Off Your Bill 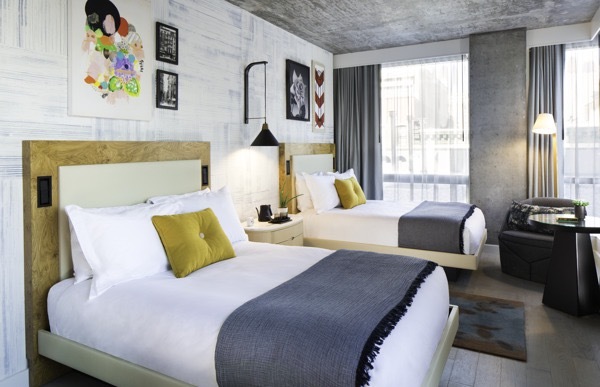 Resort Fees Have Spread to City Hotels Now: How to Get Them Off Your Bill

Resort fees aren't just for resorts anymore. Even city hotels are getting in on the scam. Why hotels annoy you with them—and what to do about them.

Resort fees are to be expected today, begrudgingly, at big-sprawling American resorts with pools, private beaches, and grandiose spas. These infuriating fees, which are added daily (with tax!) to your final bill, have also become the norm, sadly, at casino hotels in Las Vegas.

But now, resort fees are popping up in regular hotels in big cities, far away from pools and beaches. One such city is New York, where currently more than 130 hotels are charging what they euphemistically term “destination fees.” Sometimes they are referred to as a “facility fee” or “urban fee,” but just like the fees in Vegas, these new charges include amenities that were once considered part of the hotel’s rate, including Wi-Fi, access to the fitness center, and in-room coffee.

Instead of enjoying them as part of a normal stay, now you pay an extra $15 to 40 a night for them, depending on the property.

One example: The 1 Hotel Brooklyn Bridge, a modern hotel with killer views of the bridge and lower Manhattan, charges a $19 “destination fee,” inclusive of tax. Same goes for the same company’s 1 Hotel near Central Park. This is charged on top of regular rates, which in the low season of mid-January are about $434 a night at 1 Hotel Brooklyn Bridge.

In Chinatown, at the peppy 50 Bowery Hotel (pictured), a daily “facility fee” of $22.89, including tax, is tacked onto to the final bill at check-out. But to figure out what that pays for, you have to search the FAQ on the hotel’s home page: Wi-Fi, access to the fitness center, unlimited calls and morning coffee. Rooms there cost about $229 a night in mid-January.

At the InterContinental Barclay Hotel, a renovated grand dame hotel in Midtown between Park and Madison Avenues, a daily “destination fee” of $34.43 is levied (tax included) but comes with a $25 daily food and beverage credit, $15 towards laundry and dry cleaning per day, internet, free local and international calls, and discounts for Bloomingdales and The Shops at Columbus Circle. Rooms go for about $208 in mid-January. Why not just include those amenities as perks that set the hotel apart from its competition?

The emergence of these fees, an innovation no customer has asked for, is a financial shell game for hotel owners. Tacking on daily fees is simply another way for hotels to beef up their bottom line. Indeed, according to a new report from New York University, hotels will bring in $2.93 billion in extra charges this year. That’s an increase of 8.5 percent over last year. And New York isn’t the only city getting in on the racket. Facility fees are also popping up in San Francisco as well, although the practice remains unheard of in Europe.

Nickel-and-diming guests seems like a risky in the age of online reviews, when a hotel’s reputation can nosedive on one grumpy review.

But hotel owners argue that with so much competition and with online rate shopping making consumers price sensitive, it’s necessary for them to advertise the lowest price possible—even if it’s deceptive—and make up for the discount with fees on the back end.

Once one hotel starts charging a fee, its neighbors often follow along. Currently, there are no government regulations for these fees in New York, which means they can increase whenever, by however much.

According to Lauren Wolfe, a consumer rights lawyer for Travelers United and founder of the advocacy website KillResortFees.com, these fees not only annoy tourists, but they also shortchange the city on revenue taxes, since the tax on the fee is significantly lower than the tax on the room rate that it used to be a part of. Even worse for the city's income, when room rates go lower, revenue taxes go lower, too.

New York City’s legal hostility toward home rental only fuels the problem. “When hotels face less competition from Airbnbs, VRBOs, and HomeAway, they are able to dominate the market and in turn seem to start to lie about their price and cheat essential tax revenue,” Wolfe says.

What you can do

Your first recourse is to favor hotels that don't charge a fee. These fees should always be listed in the price breakdown when you select a room. If you’re booking through a site like Expedia or Booking.com, the fees are usually named in the hotel’s detailed description, although it’s easy to miss them.

If you do book a hotel that charges a fee, it must be made clear at the time you make the reservation. If you’re not told then, or if the news is sprung on you as you check out, then the hotel should remove the charges from your bill.

There are a few other instances in which you can ask a hotel to remove their trick fee. Read those here.

But if the hotel management won’t budge, Wolfe says, you can always make a complaint to the government.

“If a hotel requires you to pay a resort fee to get the key, you can always report the hotel by filing a consumer complaint with the Federal Trade Commission and the Attorney General of the State you are staying in,” she advised. “The AG will likely work with you to make the hotel refund you.”