Thank you for subscribing!
Got it! Thank you!
Home›Tips & News›Packing & Luggage›How to Pack for an African Safari 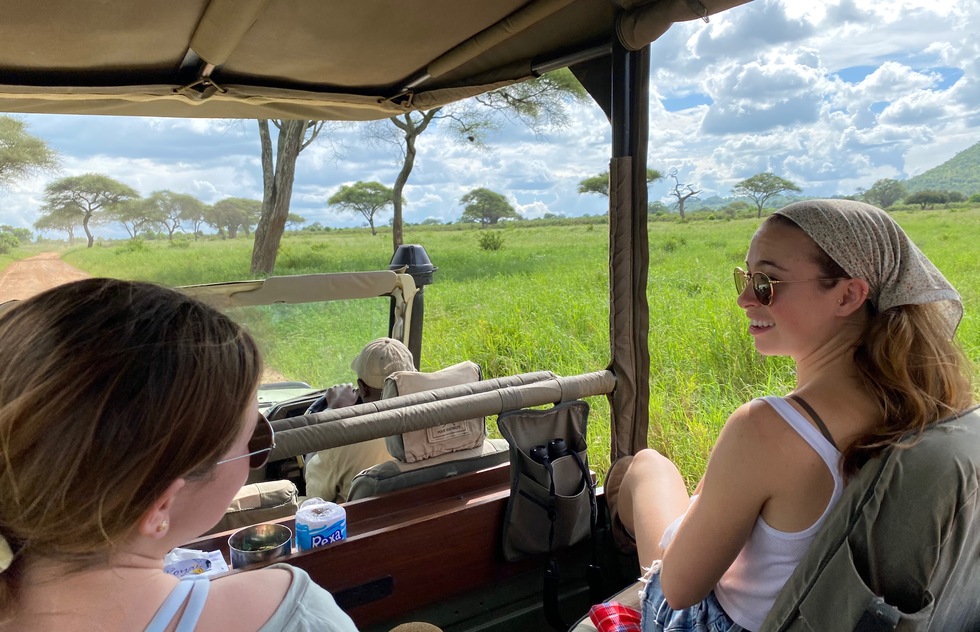 How to Pack for an African Safari

You'll need strategy, not a big pre-vacation shopping trip. Here's what to bring with you for this once-in-a-lifetime experience.

Unlike with most other forms of vacation, how well a safari goes will be deeply impacted by how intelligently you pack. Forget a raincoat or other necessary gear and you're usually stuck: There won't be stores to correct your supply mistakes when you're in the bush.

But that doesn't mean you should overpack. Many itineraries, especially those that involve taking small planes, come with strictly enforced weight and size limits for baggage.  Leave massive luggage at home, because the vans and jeeps you'll be taking have limited space.

Some strategies for using that limited space in the smartest ways:

Most safari outfitters suggest soft-sided luggage like duffle bags because it can be more easily smushed into the back of a vehicle or on a small plane. If you don’t have anything appropriate, a very small wheelie carry-on suitcase will usually work. Be sure it’s a light one, though. Weight limits can be as little as 31 pounds (14 kg). Some safari companies will rent or lend acceptable bags to you; ask.

You don’t need to channel Meryl Streep's tailored look in Out of Africa to be properly attired for a safari. But the color of the clothing you bring is important, especially when it comes to black and navy blue. Those are two colors that should be avoided because they attract tsetse flies, which are a buzzing, stinging downside to venturing into the bush.

Some safari operators will also tell their customers to avoid white clothing, as well as apparel that’s bright: pinks, reds, oranges, and the like. That’s important for walking safaris, because you want to blend into the scenery so you’ll have a better chance of getting closer to the animals. This is why beige and khaki colors are so closely associated with safaris (but not camo, which in Africa is associated with the military).

Avoiding whites and bright colors altogether can be difficult (especially when you’re already avoiding black and navy blue), so look at your itinerary closely. You won’t need to wear neutrals on the days you’re doing driving safaris, which will be the majority of the time. Pack one outfit for the walking safaris, and do what you like (excepting dark blues and blacks) for the others; keep in mind flies will get into the vans, and you don’t want to give them extra incentive to bite.

Leave the jewelry at home. The animals will not be impressed; in fact, the jangle of bracelets can scare them away. The same goes for perfume or cologne—animals can smell them and insects are attracted by them.

Take cultural norms into account when packing. In parts of Africa with Muslim majorities and other more traditional cultures, you will want to skip the short shorts or spaghetti strap tops. For other parts of the continent, especially South Africa, you can usually dress as you would for warm weather back home. Many outdoor stores such as REI carry durable, tear-resistant garments that won't absorb water and are designed for multi-day outdoor uses. They even sell long trousers that become shorts with two zips, which will take care your daytime outfit and your evening wear in one lightweight piece of clothing.

The only item you should overpack is underwear. Most safari camps do laundry daily for guests for a minimal fee, a perk that’s especially important in dry season, when dust coats everything. In many places staff will not, however, launder underwear (it’s not considered seemly to handle your private garments), so either pack extra or bring some soap so you can clean your own.

For warmth, bring a light sweater plus rain jacket, which you can layer and also use when the skies open up. For most parts of Africa, you won’t need bulkier items, especially in the hot dry season, but adjust that if you’ll be doing early morning drives in "green season" or you're going to high elevations such as Mount Kilimanjaro (not technically a safari destination, but a trek that’s sometimes appended onto Tanzanian plans).

A hat, too, is a good idea, mostly as shade from the sun, but a kerchief or buff can do the same job and take up even less space.

For footwear, you’ll need a pair of closed-toed shoes for your time on safari. Instead of packing heavy boots (which will take up a lot of the weight in your limited allowance), bring sneakers. When you’re in camp, a pair of slip-ons or sandals works fine.

The most important investment to make before your trip is binoculars: You’ll want a good pair for every traveler. This is especially true for safaris that take place in national parks instead of game reserves. In most of Africa’s national parks, motorized vehicles are not allowed to off-road, meaning you might need to view the animals from a distance. (In private reserves, guides tend to drive where they like.) With strong binoculars—8X or 10X are the most commonly recommended—you’ll be better able to see the details of, say, a bird’s crest, or a leopard’s spots, which you otherwise would not get near enough to discern.

If you wear eyeglasses, do not forget them: The entire point of a safari is to see things. If you wear contacts, bring extra solution to wash the dust off your fingers before you put them in.

Most safari vacationers become avid shutterbugs—there’s something about wildlife tracking that makes one want to bring proof home. So it may be worth it to invest in a zoom lens camera or an attachment for your smartphone that allows zooming in. Best budget workaround: If you have steady hands, you may be able to get the shot with your cellphone camera through one of the lenses of your binoculars. Second-best: Many guides carry cameras with telephoto lenses, so ask if you can swap the memory chip of your camera into theirs for a few shots. No matter what you bring, make sure you have enough backup batteries to keep you going for many hours every day.

Surprisingly, many camps, even those deep in the bush, now have Wi-Fi. But to get your phone and/or computer to work, it will have to be powered, so don’t forget to bring adapters for your devices that suit the shape of the plug in the country you'll visit. I invested in a solar-powered power cell, but while that proved unnecessary in Tanzania, it might have been useful in more rustic camps than the one we picked. That's another thing to ask your tour operator.

Hair dryers are not a standard amenity at most camps, so if you absolutely must, that, too, is something you’ll need to bring. Be warned, however, that power systems are often not sufficient for these devices, or they may be limited to certain hours of the day.

Most safaris are relatively sedentary experiences. Some involve walking, but most of the time you’ll be in a Jeep being driven from place to place. So if you’re active at home, you may want to bring a jump rope, exercise bands, or other light equipment for keeping fit.

While most safari camps will supply shampoo, most don’t go as far as conditioner, so if that’s important to you, bring it with you. Bug repellent with DEET is a must: the tsetse flies are truly a nuisance in this part of the world, as are disease-carrying mosquitoes and other flying critters. You must ask your doctor if you'll be visiting an area for which anti-malarial medications are recommended.

And it’s crucial to bring a good sunblock with the minimum protection of 30 SPF, especially for those African nations that straddle the equator. It’s possible to get a truckers’ burn (back of neck and the arm that goes out the window) surprisingly quickly in this part of the globe.

If you’re prone to motion sickness, ask your doctor for a patch or other remedies because the rutted back roads and tracks of savannah can be as queasy-making as a rolling ship. You’ll have to visit the doctor anyway, most likely, for the aforementioned malaria medication or even inoculations, if those are required.

Finally: If you forget your toothbrush, tell your wilderness guide. He or she will be able to supply you with a bush toothbrush: a branch ripped off a shrub.
Arts and Culture
Entry Requirements & Customs
Family & Kids
Health, Insurance, Security
Honeymoons
National Parks
Outdoor & Adventure
Packing & Luggage
Road Trips
Senior
Single
Student
Vacations
Women