Thank you for subscribing!
Got it! Thank you!
Home›Tips & News›Packing & Luggage›Online Streaming Services Have a Big Travel Problem 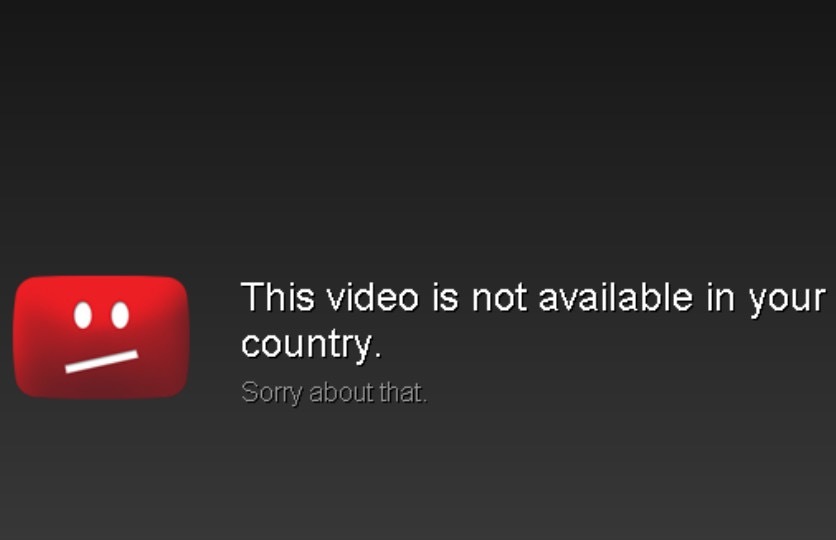 If you thought you could watch your favorite Hulu and Netflix shows while you're on vacation, you thought wrong. Geo-blocking remains a major glitch in the "cut the cord" movement.

MARCH 15, 2017—You're going abroad on vacation, and the season finale of your favorite show will air during your trip. No problem, right? You can just stream the show from your phone or laptop and watch it while you're on the road.

Wrong. Most of your streaming subscriptions won't work if you leave the country. Just try watching Hulu or CBS All Access or HBO Now. They'll take your money, but they won't show you the show.

It's a little like buying a book to read on the beach, opening the pages, and discovering they went blank when you got off the plane.

Geo-blocking—when companies ban users from accessing content within certain geographical regions—is an archaic habit that the major media companies can't seem to break. It dates back to a time when corporations needed to tightly control release dates around the globe, and when DVDs needed to be coded to work only in designated regions.

Despite their promises of customer convenience, these companies are not really thinking about you. They're thinking about how to squeeze profits out of every corner of the globe and protect their content from overseas pirates. In a corporate lawyer's mind, anyone watching a client's product in another nation is a potential pirate—and the companies make little effort to ascertain whether you're a legitimate customer who's just away from home.

When you're blocked from streaming something while abroad, it means Hulu or YouTube or any other service doesn't have a licensing agreement within that country. It's irrelevant whether the company has a valid streaming agreement with you. And since the bottom line stays always in view, it's cheaper to simply block streaming in an entire geographical region than to take the time to build a system that verifies that devices are being used by customers with valid memberships in their home nations.

Your bank knows when you're traveling and makes adjustments accordingly. Why can't streaming services?

If you have Netflix or Amazon Video, you might think you can circumvent bans by downloading the things you want to watch before you leave home. But that's not a true fix, because only a subset of programs can be downloaded and, worse, the companies make no promises that you'll be allowed to watch everything you've saved once you're in another country.

Here are the major streaming services and the excuses they use when they tell you that you can't have what you paid for just because you're on vacation:

Amazon Video
"While traveling abroad, eligible Prime members see a Watch While Abroad carousel when browsing Amazon Video from a mobile device or Fire tablet. . . . Watch While Abroad is only available for the selection of Amazon Originals titles featured in 'Watch While Abroad' carousels. It is not available for other Prime titles, which can only be streamed or downloaded from within the United States and U.S territories. You can also find titles available to watch while traveling abroad on the Amazon website at: https://www.amazon.com/watchabroad.
Tip: You can download selected Prime titles to your device for offline playback while you're traveling. For more information about downloading Prime titles, go to Download Prime Video Titles."
CBS All Access
"Unfortunately, CBS All Access is only available in the United States, including Alaska and Hawaii. Currently, the U.S. Territories of American Samoa, Guam, the U.S. Virgin Islands, U.S. Minor Outlying Islands, Puerto Rico and the North Mariana Islands are not included in this service. Please know we are working to expand geographic availability into more regions."

HBO Now and HBO Go
"Available for use only in the United States and certain U.S. territories."

Hulu
"Hulu is only accessible within the U.S. and on certain U.S. overseas military installations, as we only have streaming rights for our content in these regions. . . . Please note that Hulu does not work with anonymizers or proxy services."

Netflix
"If you’re traveling and want to watch Netflix on the go, all you need is a stable Internet connection for your supported device. If we notice you're using Netflix outside of the country where you originally started your account, we will notify you directly in the app of any differences you might experience while in that location.
Selection of movies and TV shows: Your choices for streaming (including audio/subtitle options) will vary from country to country.
Access to features: My List, star ratings and reviews may not be available.
Different maturity ratings: Your parental control settings may need adjusting.
This notification happens only on the website and most mobile/tablet devices.
If you have downloaded titles to your phone or tablet, you may not be able to play them while in a different country."

PlayStation Vue
"All content through PlayStation Vue is only accessible in the United States and its territories and possessions. Individual channel subscriptions are available nationwide."

Showtime
"The Showtime streaming service is only accessible in the United States and its territories and possessions."
Netflix may be available for streaming around the world, but in many other countries you'll have access to a smaller catalog of films and TV shows. According to an ongoing study by Finder.com, a place like Costa Rica will only let you watch about half of the shows and movies you can watch in the United States. In the United Kingdom and other parts of Europe, you only get a third of what you paid to watch when you were in the U.S. And it's hardly worth bothering in Thailand—you'll get less than 5% of the full movie list there.

Music streaming services are slightly ahead of the problem, but not much. Spotify will allow you to stream internationally, but only as long as it has agreements in that country, and only for two weeks, after which you have to re-register with a credit card from that new country. Which means that vacations longer than 14 days are out.

Are there ways around these blockages? Yes, although some of them aren't strictly legal and most of them are highly technical, involving manually changing DNS addresses or using a VPN that mimics your home country. But streaming companies are getting wise to these methods, too, so they aren't always reliable.

One legal way to get around geo-blocking: Keep your cable subscription and use a Slingbox, which beams the signal from your cable box directly to your computer or device—a little like watching your home TV by closed circuit. It's not perfect, either, though; if someone is still back home, you have to watch what they're watching, and, in our experience, the software is prone to crashing. (The company's bundled package of streaming subscription channels, SlingTV, is just as hamstrung as its competitors: "You must be in one of the 50 United States.")

In the end, streaming services' content licensing deals are with other countries, not with you.
News
Packing & Luggage