Thank you for subscribing!
Got it! Thank you!
Home›Tips & News›Photography›Best Places to Go 2018 Photo Contest Winners 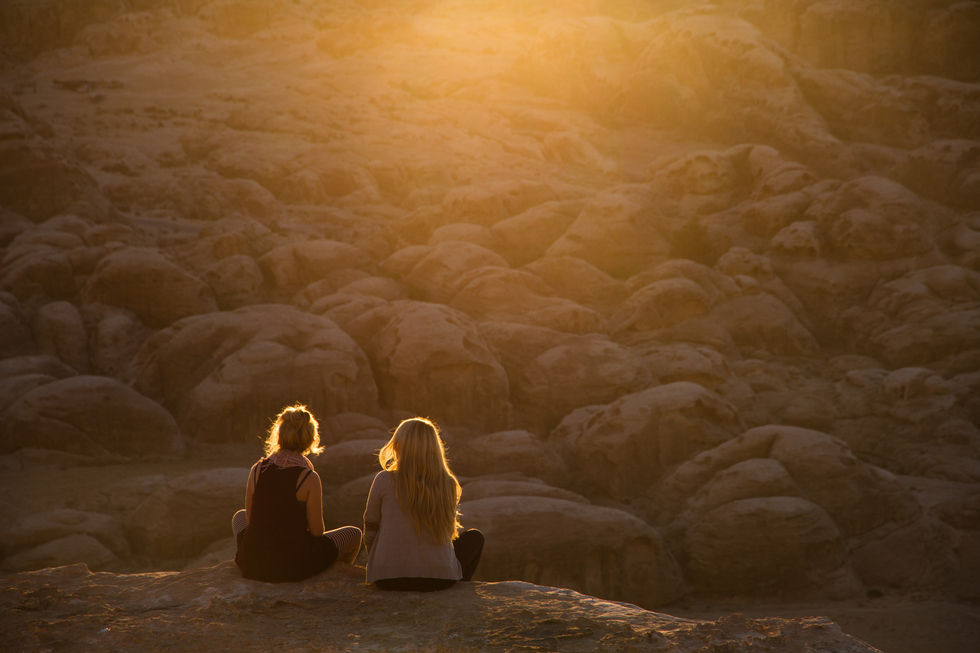 In honor of our 18 Best Places to Go in 2018, we launched a photo contest on Instagram. Thanks to all the talented shutterbugs who participated, and congratulations to the winners!

When Frommer’s launched its Best Places to Go 2018 Instagram photo contest back in February, there was one simple rule: Each submission was to depict one of the 18 hotspots we feel you should visit this year.

Though our destinations run the gamut from Malta to Madurai, the editorial staff made a few predictions regarding the entries. We expected a storm of snapshots of New Orleans’ French Quarter, or at least an album’s worth of Caribbean beach scenes. Instead, there was nary a Mardi Gras bead nor Windex sea in sight.

Thank you to everyone who participated in the contest—and happy travels!

(Above): “On the evening of October 5, 2014, we were staying at a Bedouin camp just outside of Wadi Musa in an area known as Little Petra. Just after dinner, I scaled a large boulder along with several other people to watch the sunset. It was a magical scene, the sun sinking slowly below the canyonland surrounding us. Then I noticed the golden light illuminating the tresses of the young ladies in front of me. Instead of focusing on the sunset itself, I snapped this photograph.”

Shon and Jenia Rand travel the world with their two small children, both of whom were born abroad. They’ve lived in three countries outside the USA and traveled many more; by the time their son was 2 years old, he had already visited more than 20 nations. These days, the family lives and works in Shenzhen, China. They maintain a blog called Our Traveling Zoo, where they share more photographs and stories about their adventures. 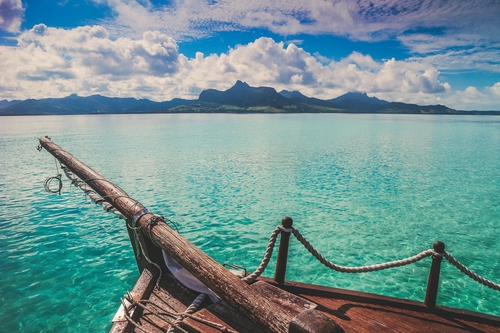 “I took this photo while on a boat tour through the Baie de Grand Port, off the east coast of Mauritius. Famous for welcoming the island’s first colonial settlers and hosting its most epic naval battle, the bay nowadays is a tranquil, sleepy place with dazzlingly clear waters and fantastic views towards the Montagne du Lion. I had the pleasure of taking this photograph while sunning myself on the boat deck after a refreshing swim and delicious barbecue lunch.”

Prayash is a Delhi-based architect, urban planner, and (occasional) travel photographer who is currently planning a trip to the 16th country on his “50 countries to visit before turning 50” list. He supports community involvement and universal accessibility in travel, and covets window seats and pools with views. His all-time favorite destination is the Himalaya, but he also has a (very) soft spot for London (during its short summer), Calcutta (during its short winter), and Mauritius (all the other times of the year). 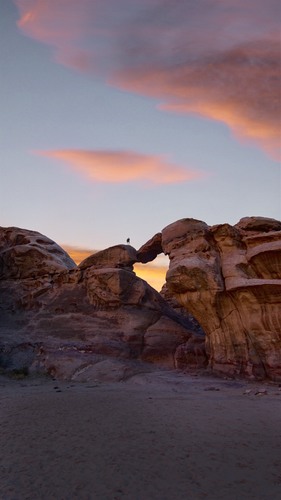 “I took this photo on a trip to Wadi Rum, Jordan, with my girlfriend in January 2018. We booked a tour of Wadi Rum and had been cruising through the desert all day exploring many of the touristic sites in the area. This naturally formed rock arch was our final stop of the day, and luckily, the sunset was colorful and vivid! I highly recommend putting Jordan on your bucket list to one day visit the many historical wonders that this country has to offer.”

Daniel is an amateur landscape photographer based in Monterey, California. He’s been into photography since high school, and it’s one of his biggest passions. Daniel’s goal is to travel the world full-time as a photographer.