Thank you for subscribing!
Got it! Thank you!
Home›Trip Ideas›Arts and Culture›A Visit to Los Angeles' Museum of Broken Relationships 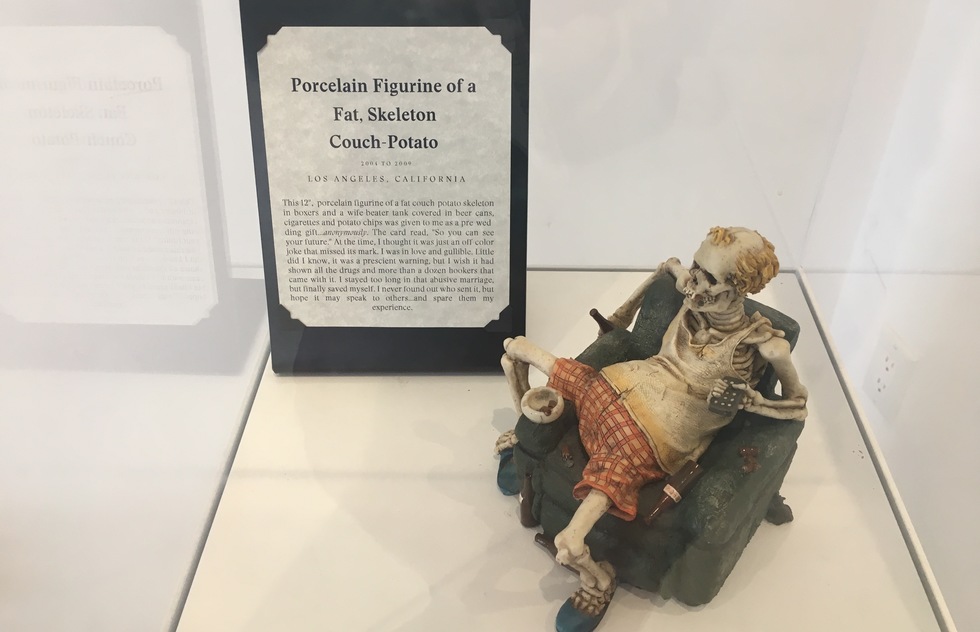 A Visit to Los Angeles' Museum of Broken Relationships

Amidst the circus that is Hollywood Boulevard, a poignant museum shares tales of trauma

Every night, he would squeeze out lines of toothpaste onto their respective toothbrushes. When the relationship ended, his lover kept the toothpaste tube and used every last dollop out of it as a single person. When it was empty, the tube was donated to the museum along with the poignant words "So if you ever see this, and recognize it is me, give me a call. I want to know that you’re well."

Yes, its contributors donated stories and artifacts from relationships that are now gone, or "broken" to use the parlance of this museum. But many of these objects and tales are included for a purpose of reaching out to the lost loved one, should they happen to wander in, or forging a new connection with the viewer—perhaps to teach, perhaps just to stave off loneliness.

It’s a powerful interaction. And one that illustrates the astonishing variety of forms that relationships can take. You’ll learn about a man who only wanted to paint his girlfriend’s toes; a mother whose daughter never forgave her for divorcing her father; a woman whose loving relationship had to shift into a new phase after her husband was severely injured in a motorcycle accident; and a young man who “breaks up” with Christianity.

You’ll see all the odd things to which people ascribe meaning: belly button lint; a tibial screw (the dude broke up with her while she was in the hospital); lopped-off dreadlocks; breast implants; pieces of a hand-knitted sweater that were never sewn together, but carried from place to place for 53 years.

Appropriately, the two-floor museum is housed in the building that was once home to lingerie icon Fredericks of Hollywood (which helped countless love affairs be consummated) on Hollywood Boulevard a few blocks from the drama of L.A.’s famous movie palaces Grauman’s Chinese and El Capitan. Though it looks small on first entry, it will take a good hour and half to see all of the objects and read all the tales.

And to contribute your own “meditation.” There’s a booth for those who’d like to add their own stories of heartbreak to the museum.

You can see mine, if you go.