Thank you for subscribing!
Got it! Thank you!
Home›Trip Ideas›Arts and Culture›After the Amtrak Accident: Why Did It Happen, and What Can We Do Going Forward? 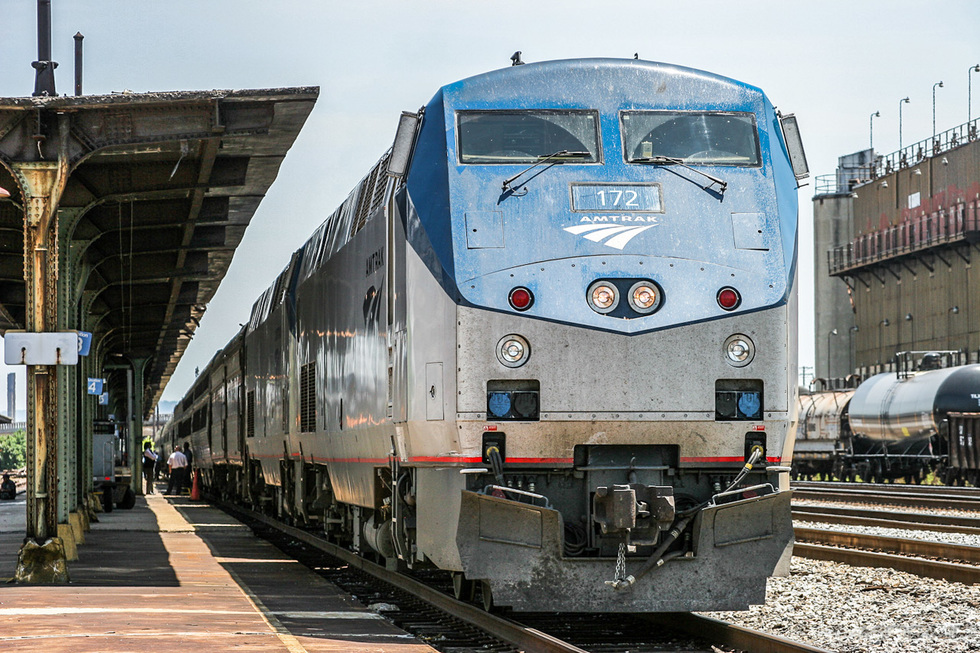 After the Amtrak Accident: Why Did It Happen, and What Can We Do Going Forward?

Arthur and Pauline Frommer sit down with Jim Matthews, President and CEO of the National Railroad Passengers Association, to discuss the Amtrak accident in Philadelphia.

Pauline: We are privileged to have Jim Matthews, President and CEO of the National Railroad Passengers Association, with us. We want to talk to you about the tragic Amtrak accident. Does any of this stem from the chronic underfunding of Amtrak? If there had been more safety devices in place could the loss of life have been avoided?

Matthews: Well, we certainly believe that to be the case and many people agree with us. It's tragic of course, a lot of people are asking the question, "Why did that area of the curve not have positive train control installed?"

Pauline: What is positive train control?

Matthews: Positive train control is a series of systems that allow automatic safety mechanisms to come into play when there are a variety of problems on the line. Overspeed is one of them. It also provides separation between trains and the location of trains. Think of it as similar to air traffic control, but for trains.

Pauline: Does that sort of technology exist in other train systems around the world and in the U.S.?

Matthews: Well it's coming. The analogy of air traffic control isn't perfect because dispatchers do know where there trains are at all times. This technology is so important because speeds and locations can be precisiely controlled and if there are contingincies, like for example, if a work gang is on a section of track automated systems can be put into play so that the engineer will get a notification in the cab that "Hey, there's something going on ahead that you need to be aware of before you come through this section," and if action isn't taken the system can automatically slow the trains.

Pauline: I've heard that on many California trains there is a computer in effect so that if the train is going too fast as it approaches a curve it overrides the engineer and slows the train down, isn't that correct?

Arthur: Why haven't these safety precautions been made by Amtrak?

Matthews: Well it's a combination of things. First of all, what a lot of people don't realize is that Amtrak is actually ahead of the game on getting positive train control in place on the sections of track that it owns and controls. They were on schedule to complete their positive train control implementation by the end of this year. You have to make your decisions on which sections go first based on the risk that you think you have in each section. They prioritize the higher speed sections first, which would only make sense. In some ways it was just a tragic accident that this particular section had not been finished by the time this wreck occurred. At the same time, the entire thing could have been done more quickly if there had been sufficient money in infrastructure in general in this country. There were some technical hurdles to overcome particularly around radio spectrum, which is how these devices communicate with one another. They were solvable problems and they've been solved in other places. You can go faster if you have the money.

Pauline: It's about the money. I thought it was really crazy timing for Congress, right after this accident, to decide to cut Amtrak's budget.

Matthews: Less than twenty four hours after the wreck occured there was a house vote on the Amtrak funding measure and it went straight along party lines and they voted to cut the funding about $298 million from the request. This was literally as the wreckage was being cleaned up and first responders were still trying to locate victims and the possibly deceased.

Pauline: I am a big booster of railroads, I think they are necessary for our country, but this goes beyond it. We have these railroads, and part of the problem was there wasn't an investment in safety devices that should have been part of our vital infrastructure and now Congress is voting to make the situation even worse by cutting funding.

Arthur: Jim, now that so much discussion has been devoted to this issue, do you sense that there has been a change in the prevailing attitude of Congress with respect to funding Amtrak? Is there a little bit more of a willingness from Congress to give Amtrak more funding than the previously authorized amount?

Matthews: Even before this wreck we were starting to see significant changes throughout Congress. Lawmakers were beginning to recognize the value of having a fully connected national network. As more and more sections of our country become fly-over country, we're isolating huge chunks of America. Regional airlines are pulling out, bus companies are pulling out, and there's been a real recognition that inter-city passenger rail and the national network can be a key element of mobility and economic growth throughout the country. We were kind of coming to that discussion in the week leading up to this wreck. What's happening now is you see a lot of focus on the Northeast Corridor because it's the busiest; in fact, it's the busiest rail corridor in the Western Hemisphere. It's got a $52 billion maintenance backlog that's slowing it down. Lawmakers have started to come around to this idea that not just the Northeast Corridor, but our entire system—roads, bridges, links between rail and airport, inter-city passenger rail, commuter rail—it's all behind the curve when it comes to investment. That conversation was beginning to take place before the wreck, I think it's just become intesified after.

Pauline: So what do you think will happen next? Do you think this vote will go through? Do you think Amtrak will lose its funding and what can we do if we disagree with this course of action?

Matthews: Well one thing we urge anyone concerned to do is to call and write your congressman and senator. It's very important that they hear from their constituents that this is something that they value. The more messages they get the more likely it is that they're going to take these concerns seriously. If they don't hear from us they don't know that the voters want it.

Pauline: You'd think they would know this because there have been many polls that show that the vast majority of Americans support having rail systems in this country. Isn't it much more popular than it was ten years ago?

Matthews: Oh it is, Amtrak's ridership alone has tripled in the past decade. When you see new light rail systems open up in places where the naysayers have predicted, "Oh well, Americans don't take trains," people's behaviors change. Los Angeles is a great example of that. People are taking these modes of transportation when they're made available. People are voting with their wallet, but individual congressmen have to hear from their voters in their district. What's happening in Congress right now is that people who say, "We don't have Amtrak service in our district so we don't care," are beginning to carry the day. We need people to understand this is a national assest.

Pauline: Jim, thank you for speaking with us and raising these important issues with us.

This interview came from the weekly Frommer's Travel Show on nationwide radio.