Thank you for subscribing!
Got it! Thank you!
Home›Trip Ideas›Arts and Culture›Hemingway's Paris: A Writer's City Through Words and Pictures 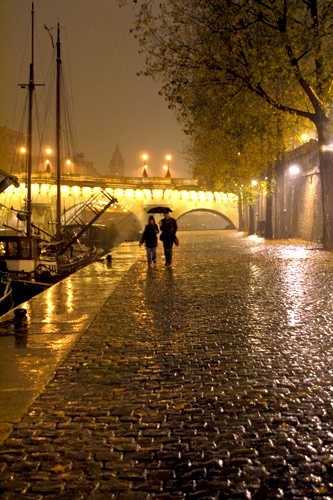 Hemingway's Paris: A Writer's City Through Words and Pictures

Walk the streets of Paris as Hemingway did and take a step back into the romantic 1920s using Robert Wheeler's new book, Hemingway's Paris: A Writer's City Through Words and Pictures.

(Note: This article is excerpted from a taped radio interview between Robert Wheeler, Pauline Frommer and Arthur Frommer. See below for more information).

Pauline Frommer: We're about to talk about my father's favorite city on Earth and, Dad, is Hemingway one of your favorite authors?

Arthur Frommer: Well, he certainly is, as he is of so many other people, and that is why we are all so fascinated by Robert Wheeler's book Hemingway's Paris. The Paris that Ernest Hemingway knew during his first marriage to Hadley Hemingway, a wonderful woman, who shared with him the poverty of those early years. I recall a short essay in which he talks about looking in the window of a café in Paris at a potato salad and yearning to have enough money to buy it. That was his life in Paris, and you've written a book about it.

Pauline: Hemingway's Paris: A Writer's City in Words and Images, is the story of Hemingway in Paris, but you also illustrate it with the most glorious black and white photos. A lot of our listeners might be wondering, "Hasn't Hemingway's Paris disappeared?" How did you take photos of it today that would reflect what he saw then?

Wheeler: I love that you say that, and I have heard that many times that Hemingway's Paris has disappeared, what they're referring to are those rather iconic places. Shakespeare and Company has moved, there are a lot of restaurants and cafes that are no longer there. Paris has changed in an economic sense as well, whereas Hemingway could have afforded the cafes and restaurants, it's now difficult for anyone to afford those places. What this book does is show all of those beautiful significant and sensory walks that Hemingway would take from point A to B. Most of the time he would take them to get back to Hadley after meeting with Gertrude Stein, Ezra Pound, or Ford Maddox Ford. It was those walks that would lead him back home, it was those walks that I focused on. I usually go to Paris in the winter months, when there's no bloom on the trees. It's absolutely stunning because you can see the hundreds of statues that dot the landscape of Paris and I know Hemingway sought strength in those places.

Wheeler: Well, in the winter time you have your coat, your scarf, and the first thing you do when you sit in a café is you hold the cup of warm coffee to your cheek, you think of how fortunate you are to be in such a café—and that is a Hemingway experience in my opinion.

Pauline: So a better Hemingway experience than Paris in spring, which is the cliché Paris experience?

Wheeler: It's also just loaded with people as you know, but in the middle of wintertime it's all yours.

Arthur: In the middle of the winter you can go to the Louvre and you're the only person standing in front of the Mona Lisa. You aren't not part of a crowd that prevents you from getting within inches of the canvas.

Wheeler: I love that you said that Arthur, you can also go to my favorite museum of all time, the most romantic of all the Musée Rodin. You can sit there for hours on end and write a letter to your loved one and study art.

Arthur: All because people avoid Paris in the months of January and February, what a mistake.

Wheeler: Well hopefully after seeing this book Arthur they're going to think twice.

Pauline: It's the perfect gift book or coffee table book because you're going want to flip through it and learn about Hemingway and see what he might have seen in beautiful black and white images.

Wheeler: I get a lot of photographs sent my way and people are using it as a supplement to guidebooks, like your book, your wonderful book on Paris, and what they try to do is stand in the exact places where I took these photographs. It's really fun to see that and very rewarding that they actually see themselves reflected in the prose and in the photographs.

Pauline: The interesting thing to me is you have some spots that I didn't know were open to the public, like Gertrude Stein's apartment, I have been to Paris dozens of times and I've never been there.

Wheeler: I was pretty bold when I wrote and photographed this book. Stein's apartment privately owned now, the woman who owns it is an art collector. I was hanging out of skylights trying to get certain photographs and bribing people to let me see certain buildings and inside certain rooms. There a lot of really nice surprises in the book.

Pauline: Beyond looking at the book what are the iconic sites of Hemingway that you still can see that you don't have to bribe your way into?

Wheeler: You can go to so many of the cafés—where he penned "Big Two-Hearted River" is a stunning cafe and a wonderful dining experience. You can go to Brassiere Lipp just like James Joyce did, just like Hemingway did.  You can still see the Suzannes however they're in the Musée d'Orsay now.

Pauline: They used to be where?

Wheeler: Gertrude Stein would collect a lot of those but also they were in the Jeu de Paume in the garden of Tuileries. All of those places are still alive, and even Shakespeare and Company is still very much a beautiful haven for writers. I know Hemingway would have been very proud of what the Whitmans created in their wonderful bookshop.

Pauline: It's a book that makes you want to plan a trip to Paris. Do you have another trip planned anytime soon?

Wheeler: I go at the drop of a hat, I think my next trip will be a book signing at Shakespeare and Company. That might be in the spring so I'll get to see Paris with bloom on the trees. The next book, however; I think will be Hemingway's Cuba, a Writer's Island in Words and Images.

Pauline: A place that people now can go to. What a celebratory book!

For more information on Hemingway's Paris, or to ask Robert Wheeler how to experience the city the way he did, please visit hemingwaysparis.com.


To hear more of the nationally-syndicated Frommer's Travel Show, click on the link.