Thank you for subscribing!
Got it! Thank you!
Home›Trip Ideas›Arts and Culture›“In the Heights” Sites: Upper Manhattan Spots Featured in the Vibrant Movie Musical 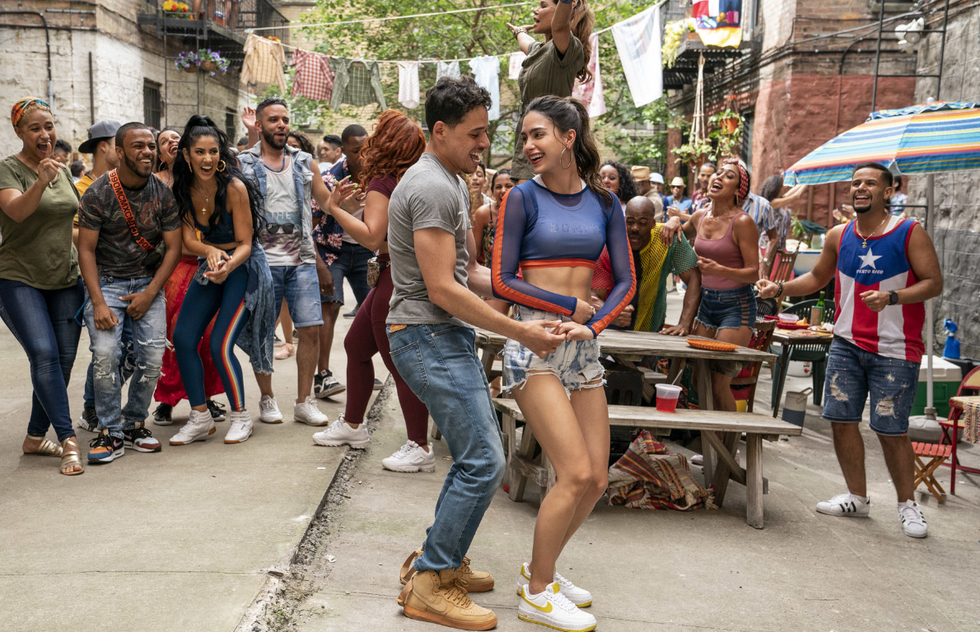 “In the Heights” Sites: Upper Manhattan Spots Featured in the Vibrant Movie Musical

On your next trip to New York City, travel to northern Manhattan to see these real-life locations used as sets for "In the Heights," the movie version of Lin-Manuel Miranda's Tony-winning musical.

Lin-Manuel Miranda’s pre-Hamilton musical In the Heights balances the strength and sustaining comforts of a tight-knit community with the individual dreams of a batch of strivers living in the predominantly Puerto Rican and Dominican neighborhood of Washington Heights in Upper Manhattan.

Director Jon M. Chu—who previously made us all want to go to Singapore with his 2018 adaptation of Crazy Rich Asians—filmed the movie version of Miranda’s Broadway show in Washington Heights itself. Chu told the Los Angeles Times he wanted to present the neighborhood as an exuberant mix of fantasy and the everyday. 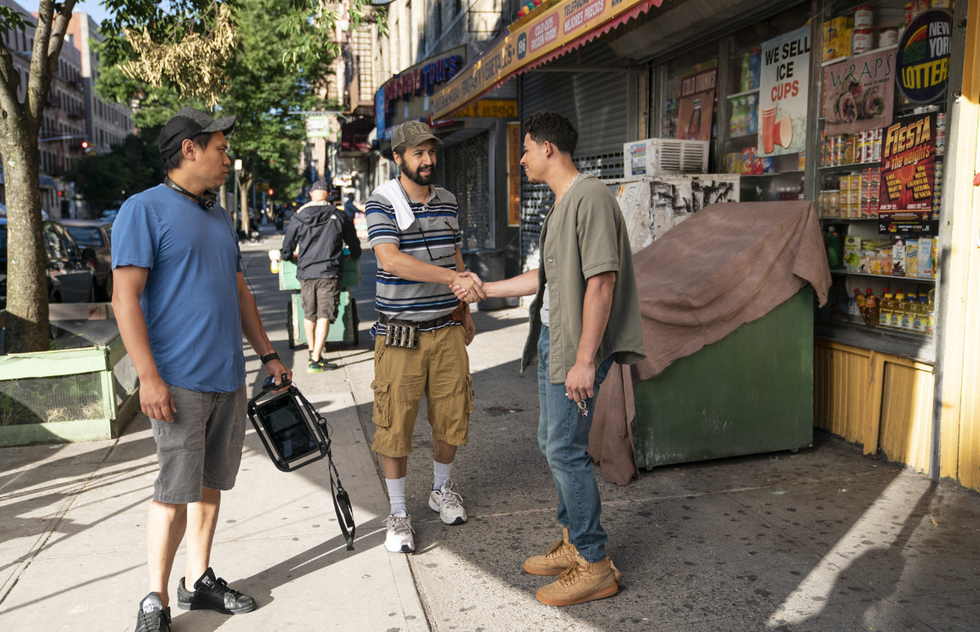 If Chu’s cinematic love letter to the barrio persuades you to experience Washington Heights for yourself, you can make a pilgrimage to many of the spots featured on the big screen (or small screen—the film comes out in theaters and on HBO Max on Friday, June 11).

Miranda helpfully provides public transit directions for getting to the general area in the lyrics of the opening number:

Well you must take the A train
Even farther than Harlem
To northern Manhattan and maintain
Get off at 181st, and take the escalator


I hope you’re writing this down,
I’m gonna test ya later

Then you can visit these In the Heights filming locations to confirm whether the streets are literally “made of music,” as bodega proprietor Usnavi (Anthony Ramos) claims in the film. 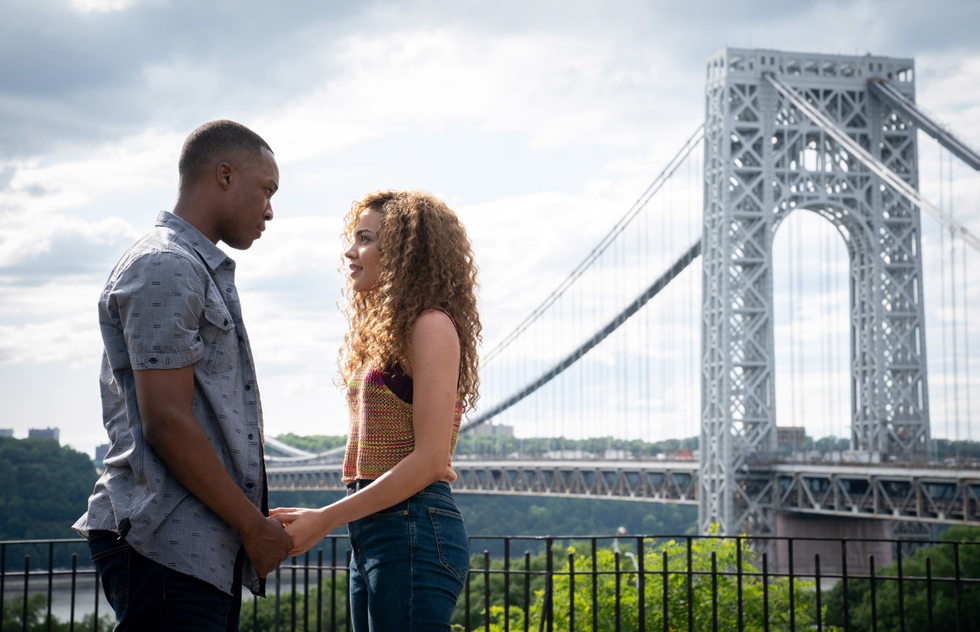 Taxi dispatcher Benny (Corey Hawkins) shares a romantic moment with adrift undergrad Nina (Leslie Grace) in the northwestern corner of this park (W. 173rd St. and Haven Ave.) facing the Hudson River and the majestic George Washington Bridge. Tear your eyes from the view and you'll notice the park's playground equipment is shaped like a small-scale replica of the GWB. 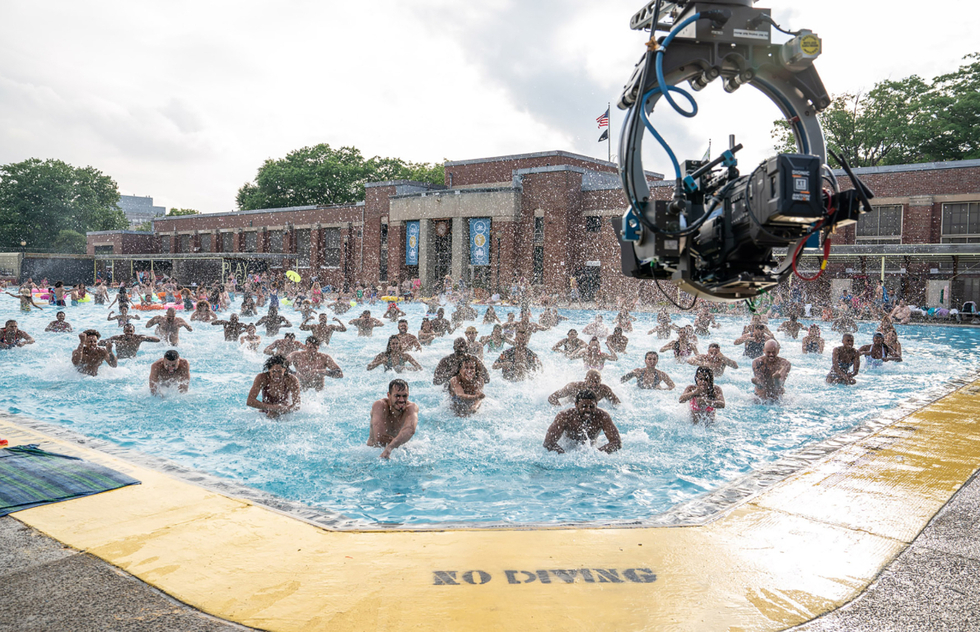 Chu used 90 dancers and a lot of synchronized swimming (and splashing) for a big water ballet staged at a public swimming pool (W. 173rd St. and Amsterdam Ave.) not far from the High Bridge, New York City's oldest standing bridge. For use by pedestrians and bicyclists only, the historic structure connects Washington Heights to the borough of the Bronx. 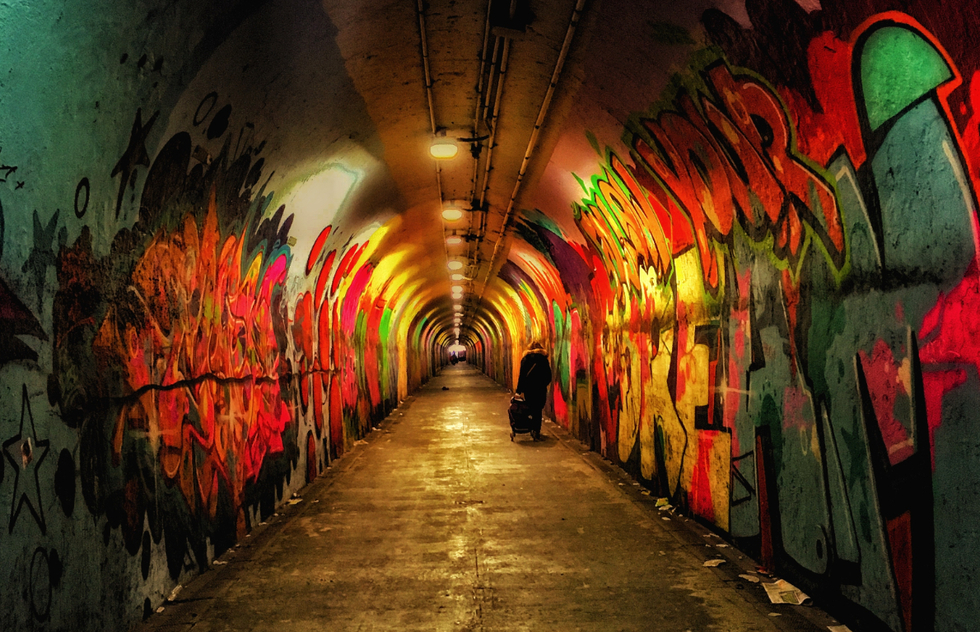 If you don't take the A train to reach Washington Heights, another option is the 1, which stops at 191st Street. Buried 173 feet below street level, it's the deepest station in the city's subway system. For In the Heights, the stop's long tunnel between St. Nicholas Avenue and Broadway serves as a setting for the song "Pacienca y Fe," in which Abuela Claudia (Olga Merediz) outlines the many changes she and her neighborhood have undergone over the decades. The tunnel's walls are a colorful gallery for graffiti murals. 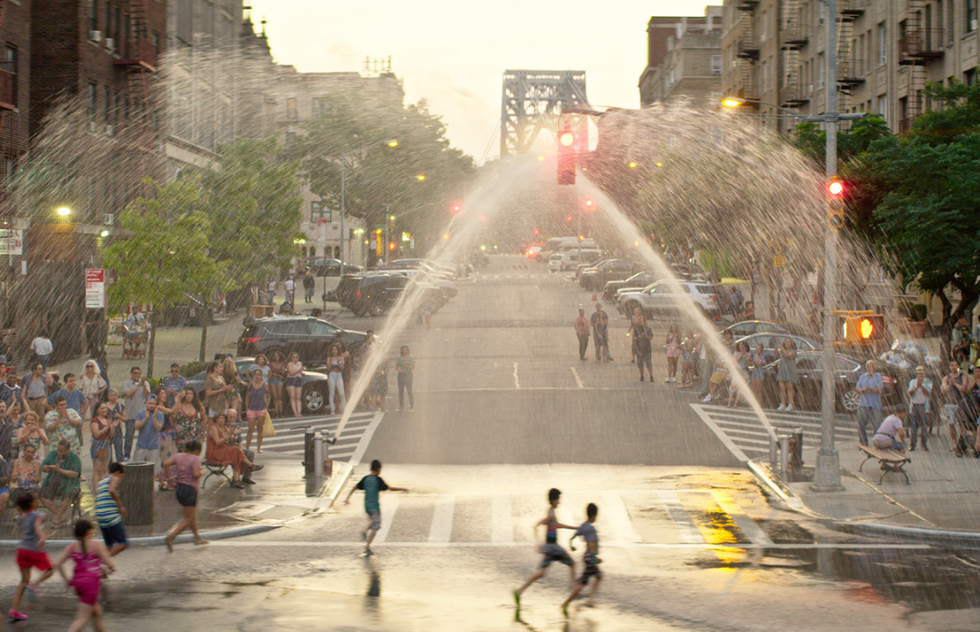 As in the real Washington Heights, much of the movie’s action centers on Audubon and St. Nicholas avenues near 181st St. That’s where you might see kids playing in the spray of hydrants (as in the movie still above, shot at the corner of Aubudon and W. 174th St.) or a sidewalk piragua vendor (Miranda’s role in the film) pushing his cooler of shaved ice and flavored syrups past corner stores, beauty salons, and crowded stoops like the ones captured onscreen.

While you’re in the area, be sure to stop in at a local restaurant such as La Casa Del Mofongo (1447 St. Nicholas Ave.) or Luisa Chimi (1351 St. Nicholas Ave.) to try Caribbean Latino specialties like mofongo (garlicky mashed plantains) and the chimi—the flavorful Dominican answer to the hamburger.

Keep your eyes and ears peeled for impromptu block parties, too. In a place where the streets are made of music, you never know when salsa dancing is going to break out.

For more ideas about exploring Latino culture in Washington Heights, New York City's tourism office has put together a helpful itinerary at nycgo.com.

And for everything else you need to know about taking a satisfying bite out of the Big Apple, check out Frommer's EasyGuide to New York City, available in paperback and e-book editions.