Thank you for subscribing!
Got it! Thank you!
Home›Trip Ideas›Arts and Culture›"Czar of Noir" Eddie Muller's Surprising Thoughts on the World's Best Place for Film Noir 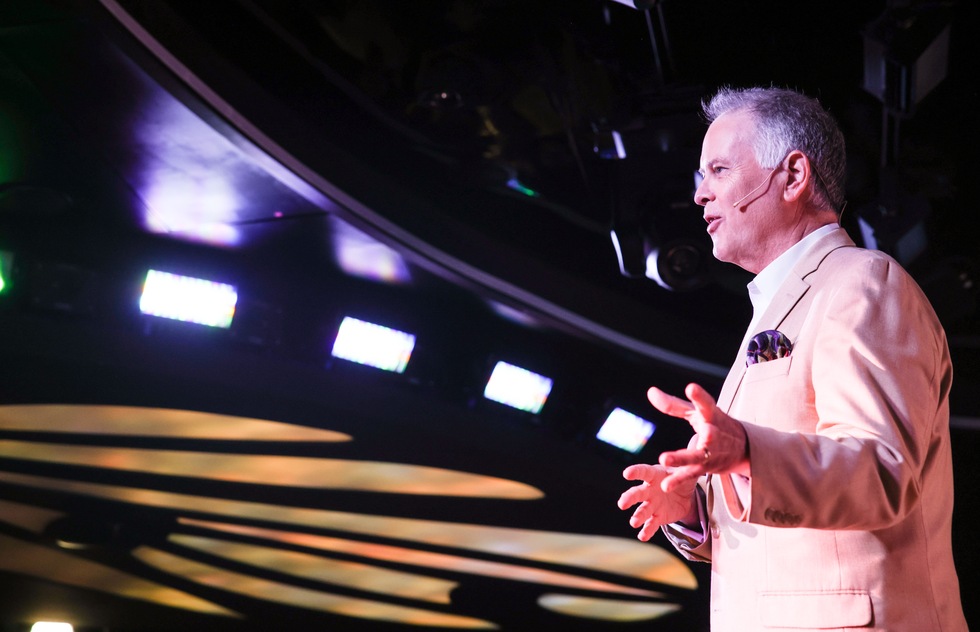 TCM's Eddie Muller, a leading film noir scholar and preservationist, talks about how the genre inspires travel and cultural exchange.

Eddie Muller began his Noir City film festivals in 2003 to shine a light on the dimming legacy of film noir. He wound up catapulting the movies he loves from their marginal fan niche to the mainstream.

Muller's ever-expanding role as a global evangelist of film noir is proof that you can turn anything you love into a reason to travel—and a new career.

Noir City is now the largest noir film festival on the globe, and it takes Muller on the road to screen movies and meet fans worldwide. His surging popularity landed Muller a regular gig as a host on Turner Classic Movies ("Noir Alley" on Saturday nights), which he balances with overseeing the rescue and restoration of obscure movies and putting out several books on the topic, including the recently revised Dark City.

I met up with Muller on the 2022 TCM Classic Cruise to talk about his travels with noir and the curious geography inhabited by the pulpy category and its fans.

Noir, for the palookas and rubes among us, can be a little hard to define. Most scholars agree it turns on a richly pessimistic style of low-budget, snappy-talking filmmaking that peaked between the postwar years and the mid 1950s but has been part of the basic language of moviedom ever since.

Film critic Ty Burr sums up film noir as being dense with "high-contrast lighting, free-floating paranoia, untrustworthy dames, [and] the inexorability of fate." As Supreme Court Justice Potter Stewart said when asked to define obscenity, you know it when you see it.

As noir gathers new audiences born decades after the genre's heyday, screenings are attracting an international crowd willing to fly to other countries just to see rare films.

If you're a film noir die-hard, travel is an essential part of the deal. Many of the titles Muller selects were originally produced with defiant independence that often fell outside the studio system. So today, countless titles are now deemed inconsequential or inaccessible by the corporate titans dominating our current entertainment age.

Trapped in a limbo of ancient or questionable rights issues that few corporate lawyers want to take the time to disentangle, many prints of film noir milestones cannot be screened with legal confidence on broadcast TV, requiring a trip to a film festival like Noir City to view them at all.

And that's a shame not only for film buffs but also for celluloid travelogues of bygone landscapes.

"In the '40s in Hollywood, there was a limit to how much you could spend on a set," Muller points out. "That had something to do with why they had to take the cameras outside of the studios onto the streets. It was like, ‘We can’t do this street scene in the studio because there’s no way we can build that for five thousand bucks. That was the top-off: $5,000. You couldn’t spend more than $5,000 for a set."

Budget constraints forced directors to shoot in the real world instead, resulting in some astonishing visual documents of changed American cities that were otherwise rarely filmed.

"I was so pleased people complimented me in this last session [on the cruise] for showing some bad films," he says. "I showed City of Fear on Noir Alley, which is an amazing document of L.A. in 1959. The location shoots on the street are incredible. It’s photographed by a major cinematographer, Lucien Ballard, who was sent out with a lightweight camera and was loving the fact that he was liberated from the studio. He was having a ball, following Vince Edwards in the car." 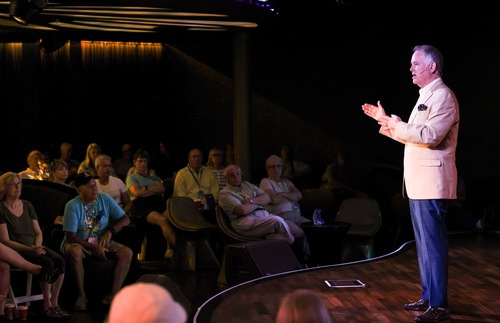 "When I do screenings in France, I can show whatever I want," Muller says.

That's only one reason why he thinks Paris is the best place in the world to catch film noir.

"They understand noir," he argues. "The French are the most cinema-loving people on earth. They get it. Go to the Cinémathèque Française. That’s the mecca, that’s the temple."

Film noir's European connection was always there. As film critic Terrence Rafferty wrote for the Directors Guild of America, "The French gave us the term, and maybe a little of the doom-drenched romantic sensibility that made these pictures so distinctive. And many of the best noir directors were European by birth or upbringing."

On one trip to Paris, Muller spent a month hosting a 40-film festival. "The thing that’s really cool about the French that I totally dug was everybody comes out to watch the movies. I’m up there in front of the audience introducing a film and I’m like, 'Holy—! That’s [Italian actress] Monica Bellucci. She’s watching this with [French actor] Vincent Cassel, sitting in the audience like anybody else!' The celebrity culture is totally different."

The greatest directors in France came to that festival, according to Muller. "Bertrand Tavernier came up, and asked, ‘Would it be all right if I introduced the film with you? It’s a favorite of mine.’ Oh my god! Bertrand Tavernier is going to introduce this film with me! And Bertrand said, ‘If you want me to interpret for you or translate for you, I’m fine with that. I’ll be here all week watching these movies.’ And the people let them be."

Muller also loves watching movies in France because the audiences can be so open.

"In one show—I’ll never forget this—I showed a movie called Red Light, starring George Raft. Nobody’s favorite actor, right? And the subtitle machine broke. They were doing soft titles using LED under the screen, so we could show the films without [onscreen] subtitles. The machine broke. But not one single person left the theatre. They all stayed because they thought, ‘We’ll figure it out.’ An American audience would just get up and leave."

Muller says his work producing restorations of "lost" films is actually a global endeavor that frequently requires travel to complete.

"When I started out, when I wrote Dark City [in 1998], noir was an American-centric thing," he says. "I wrote a book about Hollywood movies at a certain time. But in my pursuit of the films, I started traveling, and realized I was going to find a lot of these films in a British archive—not in America."

When the original movie prints were distributed worldwide, London was the European transit point, Muller says. "And guess what? The original material that they made those subtitled prints for? It went to London and it stayed in London. I get a lot of my [source material] from the BFI [British Film Institute]. They didn’t have that when I started all this, but now they have a database. They just accessioned a print of a 1945 B movie called Jealousy that I’ve been trying to restore for years. They’ve got it. It’s American, but it’s in London."

Muller's efforts are now reverberating among cinephiles around the world.

"I see people tweeting in a film noir club somewhere about a movie that was lost 10 years ago and had no chance of being seen," he says. "I’m now past the point of saying, 'Yeah, I did that. That was me, I got that done.' Now, it’s back in the bloodstream, circulating."

Before Jumbo Jets, TravelTalks Movies Took Audiences Around the World

Aboard the TCM Classic Cruise, the Most Fun I've Had at Sea in Years