Thank you for subscribing!
Got it! Thank you!
Home›Trip Ideas›Arts and Culture›See What The Beatles' Abandoned Indian Ashram Looks Like Today 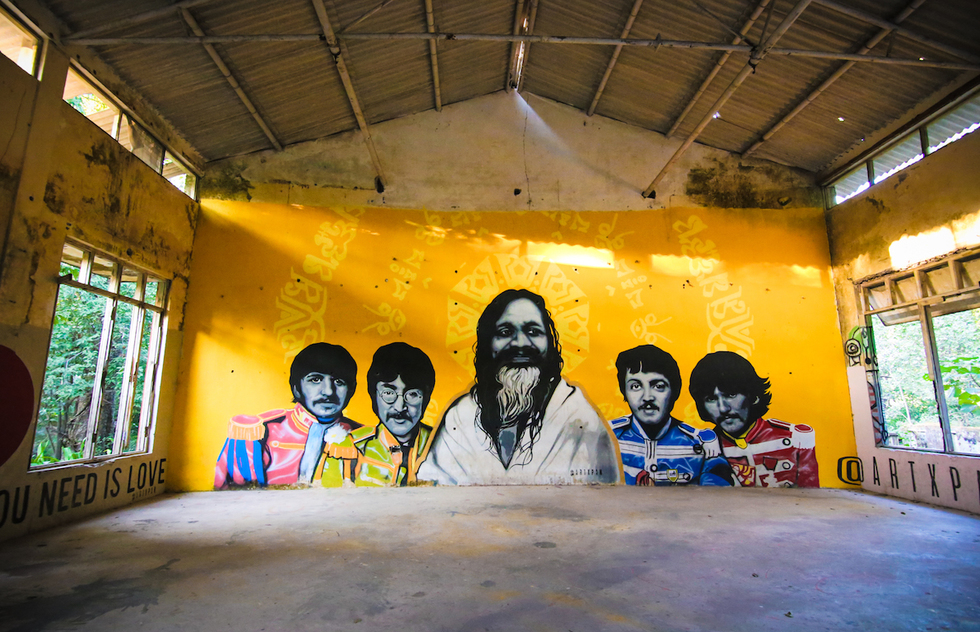 See What The Beatles' Abandoned Indian Ashram Looks Like Today

The long-abandoned retreat, which famously hosted the Fab Four in 1968, is now a rough tourist attraction in the jungle outside Rishikesh, India. If you can brave the ruins, it's a rock 'n' roll pilgrimage.

Under dense vines and fallen leaves, a decaying relic from the 1960s lies on the outskirts of Rishikesh, in northern India.

Here, you can still find the former International Academy of Meditation ashram once led by transcendental meditation guru Maharishi Mahesh. It was here, as the world press covered every move, that the Beatles (plus their girlfriends, wives, and an entourage including actress Mia Farrow) stayed in 1968 and found inspiration for more than 50 songs, from "Rocky Raccoon" to "Sexy Sadie." 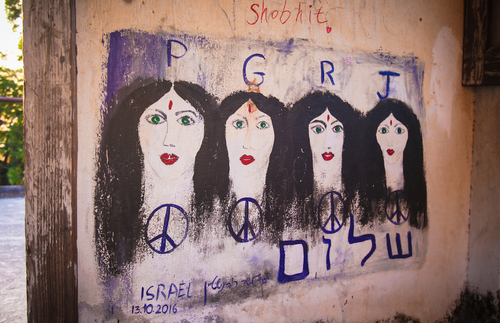 Lyrically, it was one of the Beatles’ most prolific periods, but their time was plagued with infighting and rumors of impropriety. Though they were scheduled to study for longer, they arrived late, and then tensions led them to depart early—and separately.

Ringo Starr stayed only ten days; Paul McCartney left shortly thereafter. Allegations spread that the maharishi had mistreated fellow attendee Mia Farrow and other women. The remaining two Beatles departed in a storm of bad publicity, and the band broke up the next year. The guru relocated his headquarters to Switzerland, and by 2001, the Indian facility was closed forever. 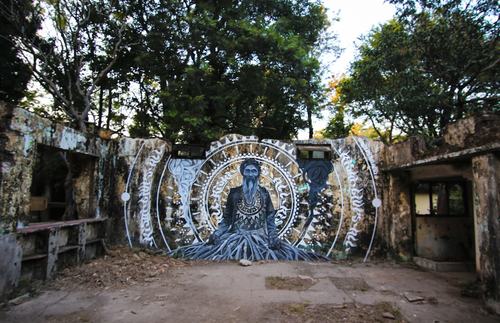 The jungle didn't take long to reclaim its lost territory, enclosing more than 100 meditation huts and dozens of buildings in thick growth. For years, entering the property was technically trespassing, but that didn't stop artists and fans from covering the walls with graffiti and street art, much of it in homage to two subjects: Maharishi's teachings and the Fab Four. 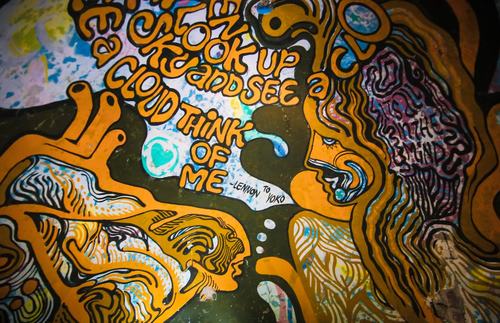 The ashram reopened in 2017 as a rough attraction for hardy tourists. Despite plans to build a museum, nothing has been developed or changed. Buildings are still in disrepair, and there's no guarantee of structural integrity as tourists clamber around the grounds. (It's easy to find affordable lodging options in Rishikesh, although on a 2017 visit, "Mellow Yellow" singer Donovan, who also once studied at the ashram, chose to stay at the luxurious Atali Ganga eco-lodge. It's just up the road from Rishikesh on cliffs overlooking the Ganges River.) 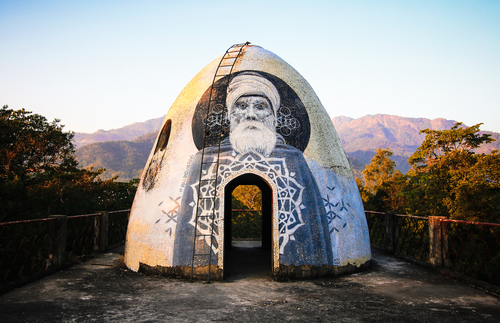 Two meditation huts overlooking the Himalayan foothills remain atop the ashram's tallest building. Most of the two-story meditation huts were tucked away to encourage privacy, but these two offered an alternate viewpoint of the Indian landscape. 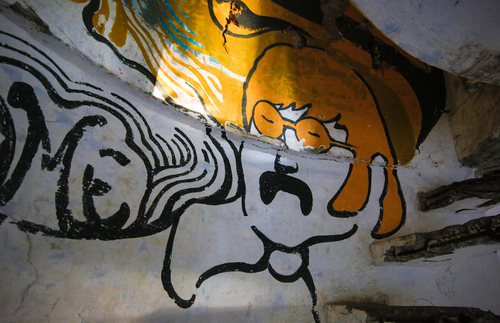 Images of the maharishi throughout his life appear in graffiti across the compound, but of the four musicians, John Lennon's image and writing are the most frequently depicted. Inside the huts that remain standing, fan art from the last half century now covers the rounded ceilings. 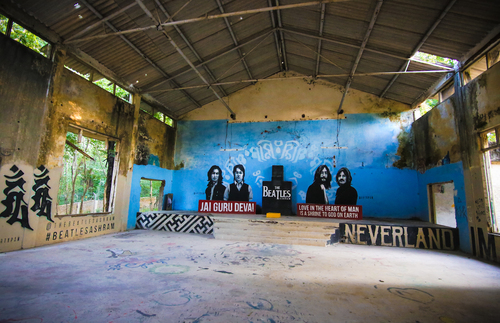 The largest communal space in the former ashram occasionally serves as a venue for yoga classes, such as during Rishikesh's annual International Yoga Festival—even today, the town still attracts yogis, spiritualists, and gurus as well as Western tourists seeking an escape from mainstream travel.

The ashram ruin costs about US$8 for foreign visitors to visit, and it's usually open from 10am to 6pm. There are no rules or limits to where you can walk, but structures are no longer inspected for safety, so avoid crumbling staircases and balconies. Also come prepared, because it has no amenities, no restrooms, and no drinkable water. The ashram is on the outskirts of Rishikesh, near the south end of Geeta Bhavan Road Number 3, and about 1.5 km (almost one mile) from the famous Lakshman Jhula suspension bridge.