Thank you for subscribing!
Got it! Thank you!
Home›Trip Ideas›Arts and Culture›The Ladies of Managua: A Tour of Nicaragua from a Novel Perspective 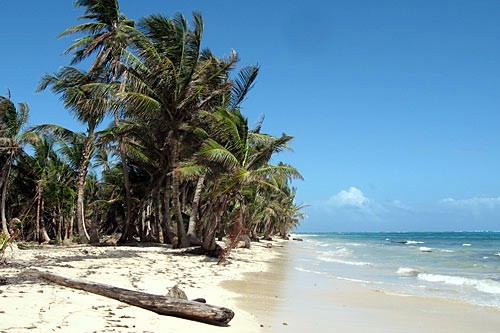 The Ladies of Managua: A Tour of Nicaragua from a Novel Perspective

Arthur and Pauline Frommer chat with Eleni Gage, author of The Ladies of Managau, and talk about her experiences while living in Nicaragua.

Pauline: We're going to Nicaragua with Eleni Gage, who is the author of a wonderful new novel called The Ladies of Managua. The interesting thing about this book is it starts with a grandmother saying to her granddaughter, "Never marry a revolutionary." When you go to Nicaragua, you are going to be dealing with a generation who was at war, who were revolutionaries, and are now in charge as part of the Sandinista government. I think a lot of Americans who are hearing the p.r. about Nicaragua as this beautiful beach destination have forgotten its cultural history. What is it like to interact with those folks when you go to Nicaragua?

Gage: There's no one who was untouched by the revolution of 1979 and the conflict that followed because the people who fought it were very young. The draft age was 16 and those people are now in their 60s, maybe even 50s. Their children were impacted by it as well and there's a whole generation of Nicaraguans who moved to the U.S. to escape the conflict. What is interesting, unlike other migrations, is that many went back after the government stabilized. It was also a turning point in the social fabric of Nicaragua. A lot of women were involved in the revolution and the literacy rates shot up. It's not that everything changed overnight. It is still the poorest county in Central America, but there has been a lot of positive change since the revolution.

Pauline: It's interesting to me: You said the literacy rates are up, and a lot of expats returned to Nicaragua. Does that mean Americans who go to Nicaragua for vacation will find people who speak English very well and who understand their culture?

Gage: It's surprisingly easy to get around because tourism there is just developing now and every place has free Wi-Fi. There might be an electricity blackout while you're there, but you'll have free Wi-Fi.

Pauline: Even during the blackout?

Gage: No, you'll have to wait for it to come back. Often the blackouts are by neighborhood, so you can go to the café down the street and you'll have Wi-Fi there. They take dollars, many people speak English, everyone loves the Yankees, and baseball is basically the national sport. It's very comfortable for Americans.

Pauline: So it's a very welcoming place.

Gage: The AARP just called it one of the best places to retire. Many Americans are retiring there because they're drawn by the affordability, the natural beauty, and the relaxed way of life.

Pauline: Now I'm looking at you, and you have what I would call strawberry blonde hair. You are obviously not of Nicaraguan descent. How did you learn enough about Nicaragua to write this wonderful novel?

Gage: Well I married the first Nicaraguan I met, which I recommend. We ended up living there for seven months for my husband's work. He's a coffee trader, and we lived in Granada. It is a beautiful colonial city on the banks of Lake Nicaragua. We also often go visit his family, which lives in Managua. Living there was an exceptional experience because it's sort of this Magical Realist town with all of these sherbet colored churches and horses and carriages in the street and parrots flying overhead and a lake full of 365 islands with monkeys in the trees. It was a great place to have a toddler. I felt very comfortable and welcome. I did stand out. One time I left the house and I left my daughter with a babysitter and went out on the street and the neighbors, who are sitting on the front stoop as everyone does there, yelled out, "Hey, you forgot you baby!" People definitely noticed me, but in a friendly way.

Pauline: You make it sound like a paradise. What do visitors generally see and do when they go to Nicaragua? I have never been, to be honest with you. You're making me want to go there!

Pauline: You can surf on volcanoes—down the ash? Do you end up sooty?

Gage: It's a messy endeavor! You can also hike the volcanoes. There's a canyon you can hike. There are incredible islands, both Caribbean Islands like Corn Island and Little Corn off the Caribbean coast, and then volcanic islands in the lake. Ometepe is an island made up of two volcanoes linked by hardened lava flow. There is Solentiname, which is an archipelago known for its primitivist artists who are exhibited all over the world. Solentiname is a place with no cars and the electricity is shut off at night.

Pauline: I remember from Costa Rica that the Caribbean coast had a very Caribbean vibe to it. You heard reggae music, and it was a little bit edgier than the other side of the coast, which seemed more colonial.

Gage: It's the same in Nicaragua. The Caribbean side was colonized by the Germans and the British, so people from there speak English or a patois of English. The Pacific side and most of the country was colonized by the Spanish, so Spanish is the lingua franca there. The beaches are very different and have incredible sunsets. Some of them are very untouristed and pristine, and like Pacific beaches here, you can surf.

For more information on The Ladies of Managua and Eleni Gage please visit http://www.elenigage.com/.