Thank you for subscribing!
Got it! Thank you!
Home›Trip Ideas›Arts and Culture› What in the World Is Meow Wolf and Why Is It Tourism’s Big New Name? 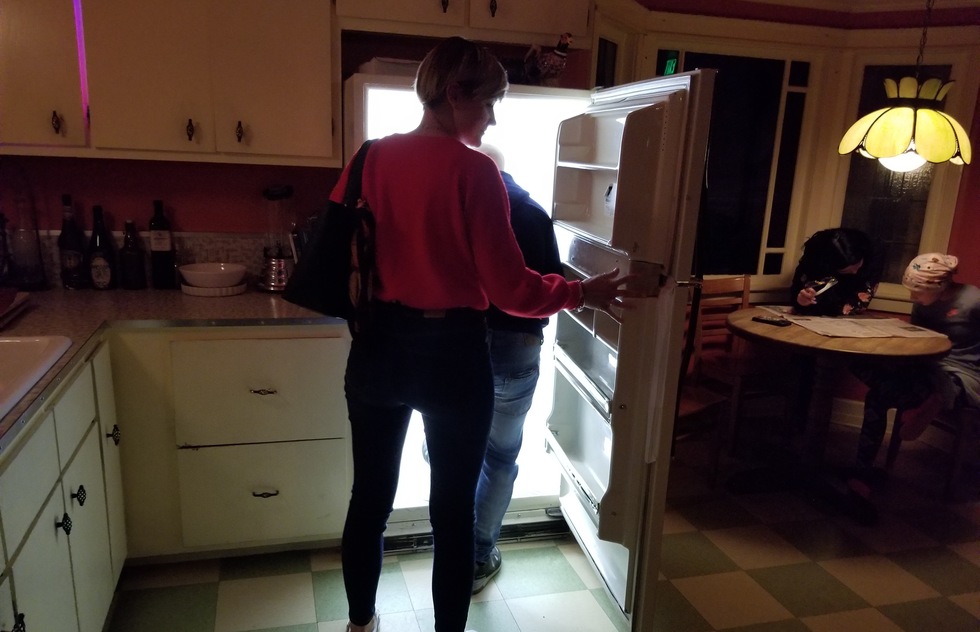 What in the World Is Meow Wolf and Why Is It Tourism’s Big New Name?

It calls itself an "immersive experience company," but we'll help you translate that: These camera-ready, hands-on fun houses are the big new must-see in several American ciites.

It may be the biggest tourist attraction you’ve never heard of—but it's about to sweep the nation.

Since 2016, more than a million people have walked through the doors of a sci-fi funhouse in Santa Fe, New Mexico, that a group of avant-garde artists built from scratch.

The group is called Meow Wolf—a name members literally picked out of a hat—and its concept of giddily colorful, art-driven entertainment is creating such a stir that it has become a new destination.

When they first came together, the Meow Wolf artists used found objects, trash, paint, and glue guns to build installations unlike what could be seen in traditional Santa Fe galleries. Thanks to a $3 million investment from Santa Fe resident and Game of Thrones author George R. R. Martin, soon they were able to build a trippy Victorian home called House of Eternal Return inside a former bowling alley.

Meow Wolf’s family-friendly funhouse is full of psychedelic spaces to explore. Visitors amuse themselves with the random strangeness of what has been built: strumming a harp that has lasers for strings, composing a tune on musical glowing mushrooms, climbing into an indoor tree house, walking down a black-lit corridor lined with giant neon coral. Toddlers love the giant bead maze, while teens take selfies in front of bold murals—Instagram-worthy settings are a big part of its appeal.

There is no set route through House of Eternal Return. You could, for example, take the door under the stairs on your left, crawl through the fireplace on the right, or head straight into the kitchen, open the refrigerator and walk right in (pictured above). Portals connect to more rooms, hallways, closets, and other spaces. You can even climb right into the tumble dryer (pictured below). 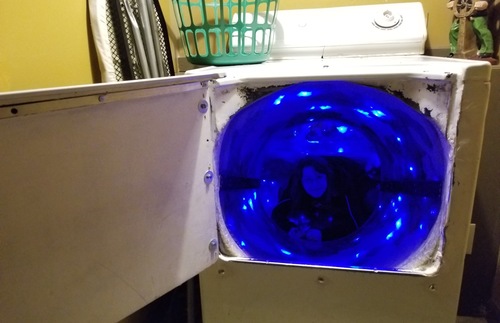 Designers invented a backstory for the house’s fictional residents, The Seligs, involving wormholes to warped dimensions of time and space. To find clues about what might be going on, visitors can sit down at home computers, flip through photo albums, watch TV, open drawers, and read the family’s mail and newspapers.

There’s no way to know if you’ve seen all the details. People usually wander and explore until they think they have discovered everything.

Art galleries exist to sell art, but Meow Wolf’s installations aren’t for sale. Galleries and museums usually don’t allow visitors to touch the art, but Meow Wolf wants people to climb, sit on, open, and otherwise engage with its displays. Instead of security guards, caretakers in lab coats circulate to make sure installations keep up with the steady stream of visitors 10 hours a day, keeping the buttons working, the dry ice machine filled, and the lightbulbs lit. 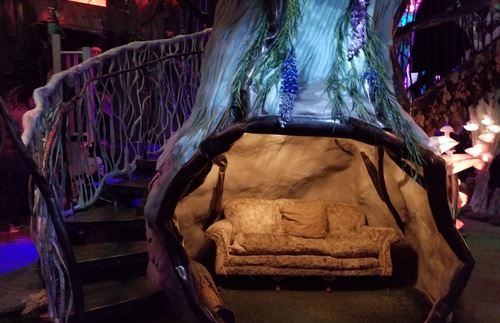 The Santa Fe location is such a runaway success that Meow Wolf has now become a brand, expanding its concept to other cities and employing 400 people to keep up with growth.

In May 2019, the artists raised more than $158 million from investors to supercharge expansion plans across America. Some 15 new locations are planned for the next five years.

Denver’s long-running Elitch Gardens amusement park recently added Meow Wolf in the form of a slow-moving indoor ride called Kaleidoscape (check out the teaser video, below), and a full-fledged walk-through installation comes to Denver near Mile High Stadium in 2020.

A new, tourist-oriented outpost has been announced as the anchor tenant in a Las Vegas development called Area15, which is expected to open off the Strip, west of the Encore resort, at the end of 2019.

Washington, DC is projected to add the first East Coast Meow Wolf installation in a 75,000-square-foot Fort Totten space by 2022. There’s also serious talk of a 400-room Meow Wolf hotel in downtown Phoenix by 2024—a plot of land has been purchased.

The most recent announcement by the artists: Meow Wolf LEO (Low Earth Orbit), which the company touts as “a 500-square-foot, habitable artificial satellite" that "will be...the first step towards bringing permanent art installations into space.”

Is that real or just a wondrous fabrication? Like all of Meow Wolf’s playful endeavors, we’ll have to see that for ourselves.