Thank you for subscribing!
Got it! Thank you!
Home›Trip Ideas›Beach & Water Sports›French Polynesia’s Best-Kept Secret: Tahaa 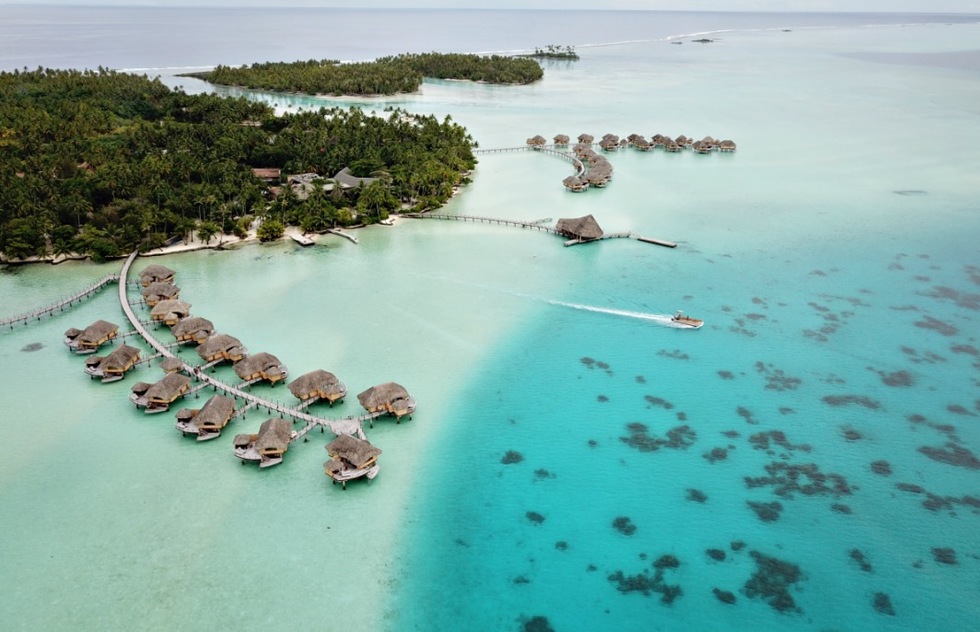 Want to get away from it all in the South Pacific? Crowds are small at this Tahitian island—it doesn't even have an airport—but the snorkeling, sunsets, and French Polynesian culture are richly rewarding.

Amid some of the world’s most pristine islands in French Polynesia floats Tahaa ("Tah-ah-ah"), a picturesque speck in the Society Islands archipelago. A population of only 5,220 calls this 33-square-mile island home, where most income comes from tourism, pearl farming, fishing, and vanilla plantations. Supplying more of an untouched Polynesian experience compared to neighboring Bora Bora—with fewer visitors, fewer resorts, and less commercialization—the flower-shaped island of Tahaa (sometimes written as Taha’a) is rich in both lush vegetation and underwater coral gardens, plus some must-see vanilla plantations and pearl farms.

That's its nickname—Tahaa produces 80% of all Tahitian vanilla, and the fragrant spice is incorporated in much of the food you'll eat. Plantations all over the island offer a unique look into the perfected art of harvesting vanilla. Maison de La Vanille in Poutoru, a family operation, showcases the entire process, from preparation to drying, for free. The plantation can be found right off the road that leads into Haamene. La Vallée de la Vanille in Faaaha also offers guided educational tours. At either place you can shop for fresh vanilla or vanilla-based products to take home; dried vanilla beans are allowed through customs in most countries.

A "cultural" highlight
Pearl farming is another long tradition on the island, and visitors can learn all about it free of charge at Love Here Pearl Farm, located in Patio. After a full education on cultivation and the grading system (size, color, quality, shape) on an outdoor oceanside dock, guests are set loose to shop for pearls and pearl jewelry right where they're cultured and made.


Though Tahaa offers vacationers the opportunity to explore vanilla plantations and pearl farming on land, the real treat lies beneath the ocean's surface. A carnival of sea life, from sharks to clownfish, inhabit the waters surrounding the island; the best views are located in the shallow channel adjacent to the motu (a reef islet) of Tautau.

Dubbed Tahaa’s Coral Garden, this snorkeling spot is easily accessible from Le Taha’a Island Resort & Spa or by boat charter. Snorkelers can expect pristine scenes of marine life and colorful coral that can sometimes be harder to spot on other Polynesian islands, where the waters are constantly churned up by tourists. The Coral Garden is best enjoyed during high tide so there's enough water to avoid self-injury. Be wary of strong tides and wear water shoes, as the lagoon floor is chock-full of sharp edges. Keep your eyes peeled for stingrays and starry puffers that seem to appear from nowhere.


As on neighboring islands, the pastel sunrises on Tahaa are well worth waking up early to see. By the end of the day, visitors can expect to glimpse a rainbow or two before the sun sinks behind the jagged profile of Bora Bora (visible from the north side of the island) in a vibrant, multicolor spectacular.
Only a few hotels
A luxurious resort from beginning to end, with prices to match, Le Taha’a Island Resort & Spa spares no expense when it comes to hospitality. A quick charter boat taxi with concierge welcomes guests on the island of Raiatea next door before ferrying them to 45 quintessentially Tahitian overwater bungalows, the queen of honeymoon accommodation styles in French Polynesia. As on many of Tahiti's most remote islands, this is bucket list stuff: The price of a room can start just shy of US$1,000.
Located on the motu of Tuvahine, Vahine Island Resort and Spa is a boutique luxury property in a secluded setting, with nine rooms on 23 acres. The prices here are low for a Tahaa resort, starting at about US$465.
Adventurers don't have to pay an extreme price tag, though. Airbnb rentals start at about $50 a night—just get your own boat transfer from the airport to ensure a seamless arrival. Terta Taxiboat provides the service. 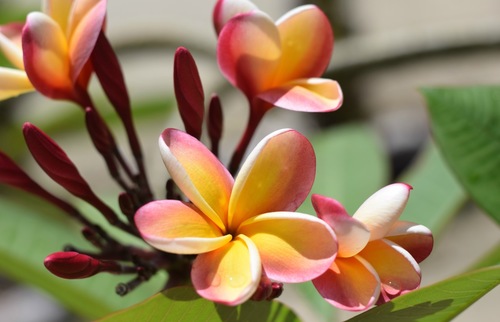 How to get to Tahaa
Tahaa would be a 45-minute plane ride from the country's main island, Tahiti—but it doesn’t have an airport of its own. Most people get here by taking a long-haul flight to Papeete (PPT), where they catch a quick puddle-jumper to Raiatea (RFP). Tahaa hotels tend to meet arriving passengers there with ferry boats. If this sounds chaotic, don’t worry: The place caters to honeymoons, so they try to make things as smooth as possible. Air Tahiti and Air Tahiti Nui run frequent routes, making island-hopping a breeze; you can easily get to other islands in the chain if you want to explore them.

2) Bug spray for traversing the vegetation and watching sunsets

3) Waterproof sunscreen with a substantial SPF, preferably in a formula that's reef-friendly to preserve marine life and habitats

Which island of Tahiti is best for you? Our slideshow will help you decide. Click here. 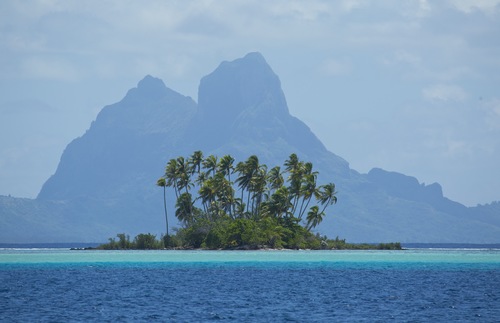