Thank you for subscribing!
Got it! Thank you!
Home›Trip Ideas›Beach & Water Sports›São Tomé: How to Visit the Island at the Center of the World 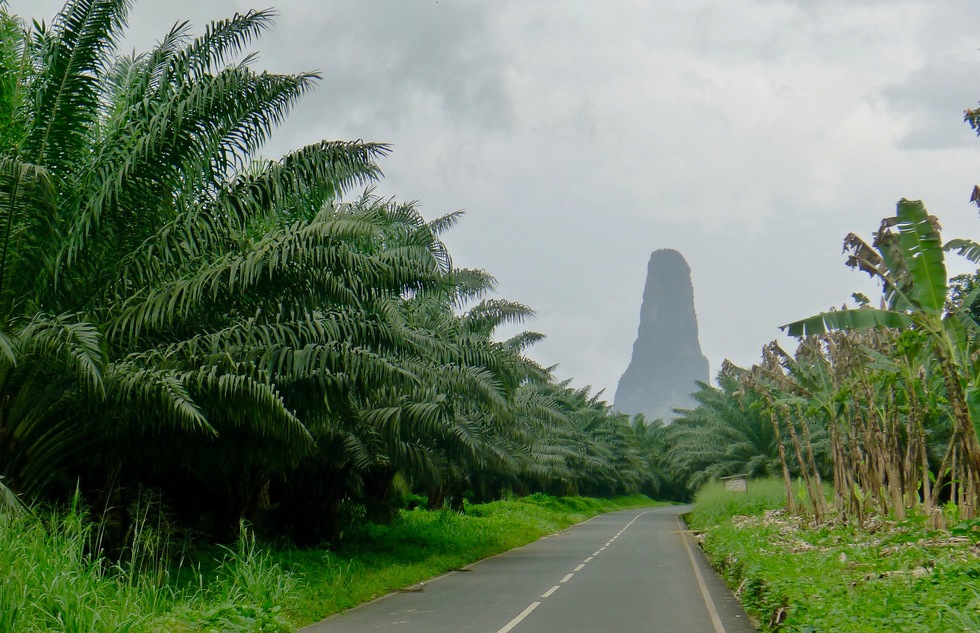 São Tomé: How to Visit the Island at the Center of the World

Empty beaches, a vibrant Euro-African culture, and the best chocolate in the world—what's not to like? Not much, but if you want to see the island of São Tomé, you'll have to find it first.

Even for those who have never heard of it, the island at the center of the world has much to recommend it.

Despite all that, plus its claim to global centricity as the nearest land to the point where the Equator crosses the prime meridian (just a little east of 0° longitude and 0° latitude)—few travelers have heard of it.

Authorities have eased visa and vaccine regulations to attract more visitors to the Portuguese-speaking island off the west coast of Africa. New luxury accommodation is springing up, and the trickle of tourists flying in via Lisbon (the only non-African airport with direct flights to São Tomé) is growing into a flow.

For the moment, however, São Tomé may be rivaled as the ultimate off-the-beaten-track tropical island destination only by its little neighbor Principe, with which if forms Africa’s second-smallest nation after the Seychelles.

Although small and remote, São Tomé has plenty to reward the dedicated traveler.

The Obo National Park takes up about a third of the island. It’s a hot, wet wilderness of jungle-covered mountains surging over 6,600 feet out of the Atlantic. On the southern edge of the park is São Tomé’s most spectacular mountain. Big Dog Peak (Pico Cão Grande, pictured above) is a finger of volcanic rock jutting skyward 2,000 feet above the rain forest. It is an awe-inspiring sight—the perfect set for any “lost world” movie production.

Hiking trails into its virgin forest start in the hills at the Bom Sucesso botanical garden. The garden gives a concentrated taste of São Tomé’s exuberant flora—flame-colored parrot’s beak flowers, shocking pink porcelain roses (pictured below), more than 60 unique orchid species, and herbs used for everything from whitening teeth to exciting libidos. 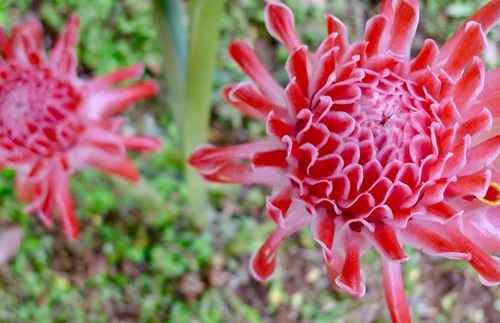 For all the drama of the landscape, São Tomé is a laid-back sort of place. The local phrase most visitors pick up first is “leve-leve,” roughly translated as “easy, easy.” Nowhere is better for sliding into the leve-leve lifestyle than the island’s splendid beaches.

Some of the best ones are in the far south, a 90-minute drive from the capital, São Tomé city (the country's seat has the same name as the island): Praia Jalé, Praia Piscina, and Praia Inhame are palm-fringed crescents of golden sand a mile from the equator, often deserted outside weekends.

In the north, a 30-minute drive from São Tomé city, is a curve of soft white sand that takes its name—Praia dos Tamarindos—from a grove of tamarind trees. Solitude is only occasionally disturbed by fishermen emerging from the turquoise water with a haul of speared octopus.

In the nearby fishing village of Morro Peixe, drop by the turtle refuge run by Hipólito Lima. Once a part of the local diet, turtles disembarking to lay their eggs on São Tomé’s shores are now protected. Lima organizes beach patrols and shelters eggs and hatchings from predatory dogs and falcons. Lucky visitors can help release young turtles into the sea.

São Tomé is refreshingly free of mass tourism clutter, but comfort is provided by a smattering of international-standard accommodation.

Portugal’s Pestana resort group has two seafront hotels in the capital and a resort astride the Equator on Ilhéu das Rolas, a tiny offshore islet with some of São Tomé’s finest beaches. A South African tech tycoon has invested in luxurious eco-resorts on Principe island (a short flight away) and the swish Omali Lodge in São Tomé city.

A vibrant market (pictured below) spills into streets overlooked by the shady verandas of low-rise traditional stores and cafes. Many, like the hip Café Camões and atmospheric Pastelaria Central, retain a Portuguese feel. 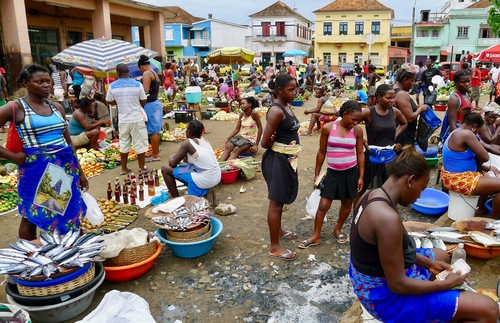 Unlike the architecture, São Tomé’s colonial history was far from pretty.

The island was uninhabited when Portuguese explorers found it in 1470. Among the early deportees sent the settle the islands were 2,000 children of Jewish victims of the Inquisition. Conditions were so harsh that only 600 survived.

Later, slaves were shipped from mainland Africa to toil on sugar plantations and the island became an important staging post for Atlantic slave trade. Forced labor on cacao and coffee plantations persisted long after the formal abolition of slavery in 1875.

After independence from Portugal in 1975, many plantations, known here as roças, fell into decline and dereliction, but workers’ cooperatives and small business are maintaining or reviving production at some. Several historic plantations are open to visits, like the vast Roça Agostinho Neto or Monte Café, where there’s a museum and a chance to sample plantation-grown coffee and cacao.

A few smaller plantations have been converted into accommodation or restaurants. A stand out is the Roça São João dos Angolares, lovingly restored by internationally renowned chef and artist João Carlos Silva, who grew up on the plantations. Lunch in his hilltop restaurant, overlooking the forest and ocean, is an essential island experience.

São Tomé’s cuisine is based on fresh seafood, an extraordinary selection of fruit, and indigenous herbs. But despite once being one of the world’s biggest cacao exporters, only recently has chocolate been made on the island. After a career producing olive oil in his native Tuscany and coffee in mainland Africa, Claudio Corallo took over an abandoned cacao plantation on Principe island in the 1990s.

Using only the purest natural ingredients, his diminutive factory in São Tomé city makes chocolate like you’ve never tasted. It’s frequently called the best in the world. A tasting tour makes a perfect way to wrap up a stay in São Tomé.

Just make sure you leave space in your luggage, because you will want to take lots of it home. 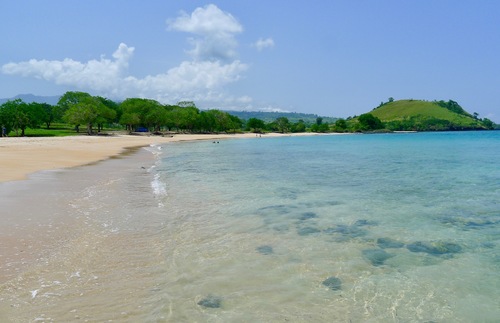