Thank you for subscribing!
Got it! Thank you!
Home›Trip Ideas›Beach & Water Sports›The Last Great Classic Beach 'Hood in Los Angeles (And Why You're Going to Love It) 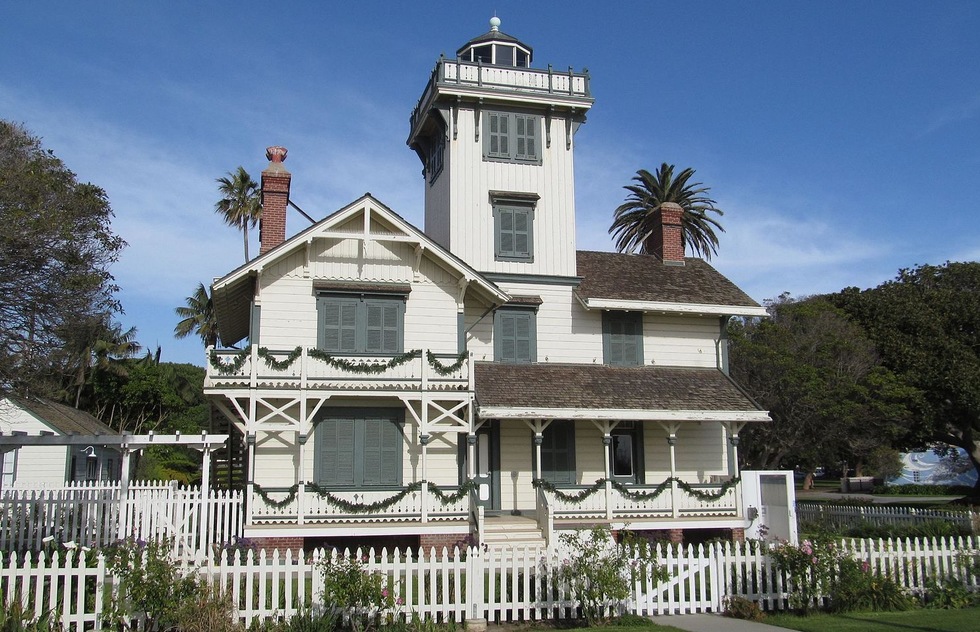 Headed to Los Angeles? Make time for one of its best hidden gems—one that's not going to stay hidden for much longer.

Technically part of Los Angeles but nearly 25 miles from downtown, highly diverse San Pedro began life as a fishing village that attracted scores of Croatian and Italian immigrants to its docks. Things have changed somewhat—it is now defined mostly by its extreme proximity to the busiest port in the United States—but Pedro (to fit in, make sure to pronounce it incorrectly, like Pee-dro) is a delightful throwback to a much earlier era, one where a working stiff with an okay job can still afford ocean-adjacent real estate. For the moment.


On a short list of places in Southern California that face both east and out to sea—San Pedro wakes up to some of the most memorable sunrises in the west. There's the oft-Instagrammed Sunken City—site of a significant 1929 landslide at Point Fermin that took out an entire coastal neighborhood—to the windswept coastal trails and remote coves just west of town. Look beyond the lackluster Ports O’Call development on the harbor, an aging tourist trap famous for its cheap seafood restaurants, because San Pedro has this magnificent off-the-grid quality best appreciated after experiencing parts of Southern California that are anything but.
advertisement

Come eat chicken and potatoes at Slavko’s on South Pacific Avenue, stop by the old-fashioned Italian delis that’ll serve up an East Coast-worthy sub, or try the "Dago Red" blend at the old-school Marabella Vineyard, a long-running urban winery—nothing in San Pedro is very much at all like the Los Angeles you were expecting. To which fans quietly murmur, "thank goodness."


How long all this will last is no longer terribly clear. Efforts to turn the struggling downtown into something worth visiting are starting to bear fruit after years of stops and starts, with sparkling new condos and lofts bringing in younger, more affluent residents. This means new restaurants, microbreweries, a year-round weekend craft fair on the waterfront, newly-expanded Silver Line express bus service to downtown Los Angeles, bigger crowds for the First Thursday art walk and (of course!) rising rents. Here are the five things you should do first:
advertisement

Visit LA's most retro beach (complete with aquarium!)
The one in nearby Long Beach gets all the attention, but the delightfully classic Cabrillo Marine Aquarium on Cabrillo Beach—centered around a 21,000 square-foot building designed by Frank Gehry, back when he was just a guy who built buildings in and around Los Angeles—is an essential stop for the San Pedro visitor, either before or after a walk along the strand, a favorite of families in the surrounding area. Check out the Aquatic Nursery, where scientists study regional marine life (and how to keep it alive.)

advertisement
Taste the Belgian-style beers at one of LA's newest microbreweries
Producing and bottling in the region for some time now, Brouwerij West recently found its permanent home right in San Pedro—a shiny new tap room and ample courtyard area welcomes tasters from Wednesday through Sunday, with a promise that there will typically be at least one food truck on premises, sometimes more.

Shop differently at Crafted
Occupying a vast space of its own next to the brewery—this complex was, during the Second World War, storage space for the Navy—the year-round Crafted marketplace featuring more than 100 local makers of everything from stationery to backyard Tiki bar decorations is open every week from Fri–Sun. Want to be a maker yourself? A variety of classes is offered most weekends.

Do a deep dive into San Pedro's old-school food scene
Recent years have not been so kind to the neighborhood's line-up of classic dining options, but it's here, if you know where to look—stop in at Bavattino's and sample San Pedro's unique (and getting harder to find) Croatian-style, brick oven pizza, or hit up the San Pedro Fish Market for its famous shrimp tray, piles of peel-and-eat shrimp, served up with all the trimmings. Missing the Italian subs from back east? Pop into the Busy Bee Market, tucked into a breezy residential area off of 25th Street, for a counter-service meatball sandwich dripping with marinara, or whatever else catches your eye. Bring cash.

advertisement
Head up the hill to see the Friendship Bell (and the old lighthouse, too)
One of the neighborhood's best vantage points, high above the Pacific near Point Fermin, is home to a lighthouse (pictured), once a gift from the Korean people and now a popular spot for selfies and staring out to Catalina Island. Once you get the lay of the land, it's actually possible for serious hikers to get up here from the coastline, mostly via lightly-traveled trails separated from the road—it's certainly an effort worth making, if you've got the energy (and the sunscreen and water, depending on the time of year).
Beach & Water Sports
Local Experiences
Outdoor & Adventure