Thank you for subscribing!
Got it! Thank you!
Home›Trip Ideas›Local Experiences›A Walking Tour Into Los Angeles' Abandoned Speakeasy Tunnels 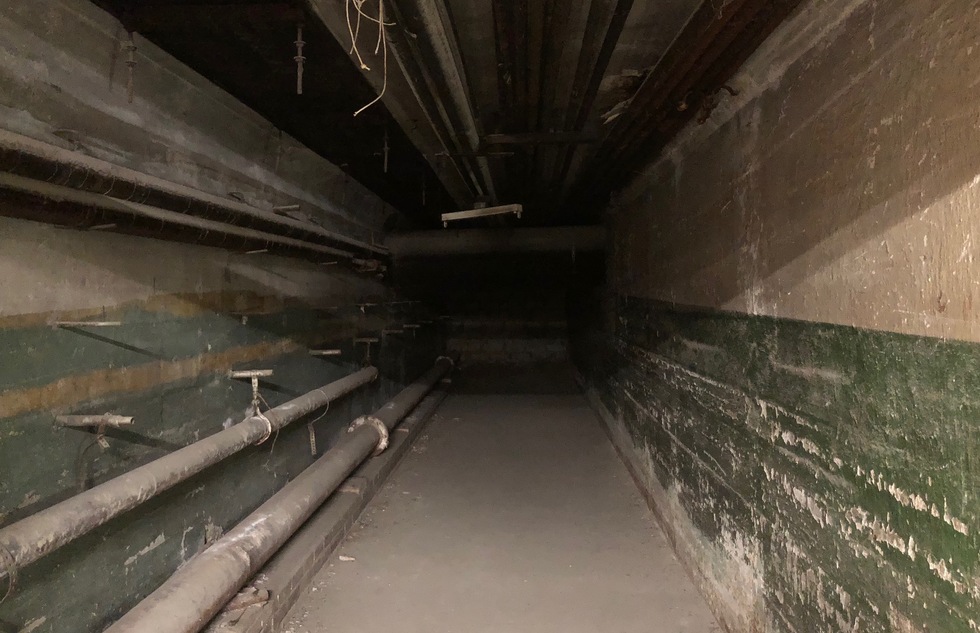 A walking tour company in Downtown Los Angeles brings visitors into long-forgotten tunnels once used for bootlegging under city streets.

Unknown to most tourists, there's a network of tunnels underneath the city of Los Angeles. By some estimates, 11 miles of them. One growing walking tour company is taking visitors into them.

Most outsiders perceive L.A. as an expanse of swimming pools and freeways. But much of that sprang up only in our lifetimes. The original heart of the city, its urban downtown area, was booming for a century before that. A hundred years ago, the tight urban streets were so congested that locals burrowed underground to solve transportation issues. Some tunnels were for streetcars. Some were for moving cash between banking institutions.

And some were for illegal hooch. Many of the tunnels were forgotten because they were never properly mapped. Secrecy was important if you were shuttling liquor between the estimated 400 speakeasies that raged in Los Angeles during the 13 years of Prohibition (1920-1933). It was one of the most corrupt cities in the country back then, and it was honeycombed with shady doings.

By word of mouth and through urban exploration, vestiges of the illicit speakeasy era are resurfacing today. Downtown Los Angeles suffered after World War Two as the city's center of gravity shifted west, first to Wilshire Boulevard and then to the sprinkler-fed lawns around Beverly Hills and beyond.

Now DTLA, as downtown is often known, is again booming, this time with new condos, artists' spaces, hipster bars, progressive and award-winning restaurants, and the sublime pleasures of uncovering the architectural surprises of a city that was built with powerhouse wealth and then abruptly abandoned to collect dust. Strangely, the rise of the automobile both ruined Los Angeles and saved it—when the population lost interest in downtown and left in the 1950s, a lot of wonders remained intact, from painted-on ads for newsreel shows (on Broadway's Tower Theatre) to the grand bank that risked funding Walt Disney's early films (restored as the newly opened NoMad Hotel).

Cartwheel Art Tours, founded and led by some of the creatives who are rediscovering and restoring the fabulousness of DTLA's heyday, is a local outfit, so its organizers earned the trust to obtain special permission to dip into privately owned portions of the old underground network. On the "Underground LA" tour, which takes two and a half hours, urban explorers have permission to pass through the unmarked doors that lead to the secret stairs that once fed streams of revelers into the old bars.

In one space located in the vaults beneath an ancient hotel, you can still see walls, skillfully painted by some unknown hand, that evoke a cartoonish beer hall. We don't know the name of this speakeasy—getting drunk was against the law, so it wasn't published—but we do know that it escaped closure by pretending, from the outside, to be a piano store. (That, and because cops loved drinking there.) On the tour, you can still see the collapsed dumbwaiter, the rusting knife sharpener on the kitchen counter, and the opening where a passageway once linked this spot with secret saloons all over town. Like most of DTLA's longest stretches of tunnel, it was bricked up years ago, waiting to be cracked open again one day. 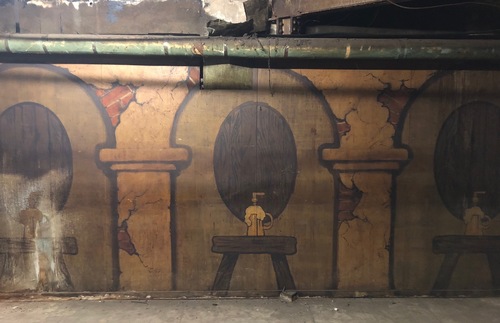 Guests are required to sign forms swearing they'll never reveal the locations of the speakeasies—many are connected to still-operating businesses and homes.

The entire tour isn't spent underground. Upstairs, in the visible world, the tour gives a picture of what life was like downtown 100 years ago, after the great quake of 1906 sidelined San Francisco and propelled Los Angeles into its position as the most powerful U.S. western city. Walkers stop at ornate bank buildings now used by artists or housing bookstores, at onetime lavish hotels that accommodated East Coasters fresh off their rail journeys, or for a drink at Cole's, a wooden saloon established as Cole's Pacific Electric Buffet in 1908 to serve Red Car drivers after their shifts. In back of Cole's today, there's a new speakeasy, this one for hipsters, not Prohibition-breakers.

In DTLA, preserving and sharing the past is a passion—something that may shock Americans who have been told the city has no past. It's that history-minded, adaptable spirit—the one that's quickly reclaiming and preserving DTLA's prewar glories instead of bulldozing them and starting over—that governs Cartwheel's tours. Guides don't fly on autopilot; they know the local secrets and will shape any tour to suit the interest of the group. The founder is active in promoting L.A's art and knows everyone on the scene, so if you're curious about the artists who work in the city's alleys, the upstairs portion of the tour will dive into those. If the group is more interested in the old theatres or public transportation infrastructure, that can be folded in, too.

What you won't find is the same old retread of Marilyn Monroe hangouts and stars' homes. That's Hollywood. This is Los Angeles, the complicated city that goes back to its pueblo days and beyond. I got hooked up with Cartwheel during a recent stay at the Hotel Indigo, which partners with the tour company to share L.A. history. The full list of Cartwheel Art offerings, which besides tunnel tours include forays into cocktails, Chinese or Mexican settlers, and high-art graffiti, can be found at www.cartwheelart.com.