Thank you for subscribing!
Got it! Thank you!
Home›Trip Ideas›Local Experiences›Tips for Exploring Brooklyn from Someone Who Walked Every Block in New York City 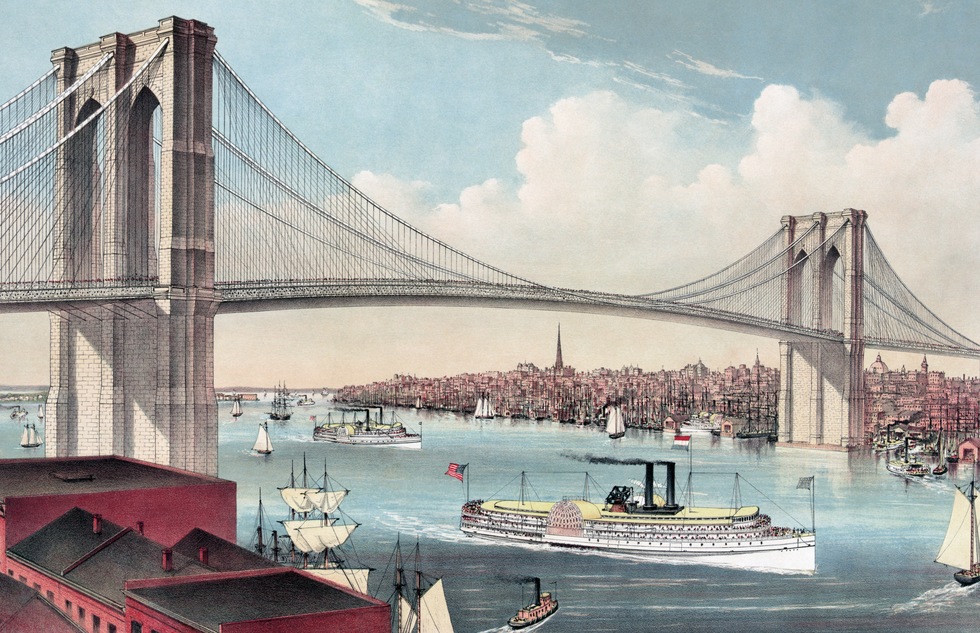 A Q&A with the author of The Brooklyn Nobody Knows: An Urban Walking Guide, on what he discovered while walking all of Brooklyn's 44 neighborhoods, block by block

William B. Helmreich has walked every block in New York City. The professor, author, and native Manhattanite is chronicling the journey in a series of five books—one for each borough. First up: The Brooklyn Nobody Knows: An Urban Walking Guide, covering the chunk of the city that has seen the most changes in recent years. Pauline Frommer recently sat down with Helmreich to talk about hipsters, gentrification, ethnic diversity, and where famed Brooklynite Jay Z got his stage name. A condensed and edited transcript of their conversation follows.

William Helmreich: And also a lot of shoe manufacturers. Not to mention people who care about pedometers.

Frommer: You walked every street in Brooklyn. Why did you decide to do that?

Helmreich: When I was a kid, my father and I played a game called "last stop." I grew up on the Upper West Side of Manhattan and every weekend we would travel to the last station on the subway and we walked around the neighborhood for a couple of hours. When we ran out of the last stops, we went to the next-to-last stop and the third-to-last stop, and that’s how I grew to love the city. We went to Canarsie, Brooklyn. It was all marshland. You may know that Canarsie was once a joke line for vaudeville comedians. Everybody thought of it as a place at the end of the road in the middle of nowhere.

I’ve been teaching a course at the Graduate Center of the City University of New York and the City College of New York for about 40 years, and one day the chairman of my department said, "You know so much about New York—why don’t you write a book about it?" It was then I discovered that no one had walked the entire city of New York for the purposes of writing a book. I did 6,048 miles—the city actually has 6,163 miles of streets but you have to leave something for next time.

Frommer: You really give a portrait of the city—I hate to use the term "melting pot" because these communities aren’t necessarily melting into each other, but they’re living side-by-side and creating this glorious tapestry that you see across Brooklyn.

Helmreich: Rather than a melting pot, which implies that everyone is assimilating, it’s really a salad bowl. It's a place where people retain the elements of their culture that they want, that they feel are very important to them, as they make the transition from immigrant status to American status. We don’t expect immigrants to give up their culture. That’s really what America is all about. In New York City there are more than 100 ethnic groups, and they’re speaking 150 different languages.

Frommer: That’s what makes walking around the city so much fun. You really are feeling like you’re taking a trip around the world. One of the wackiest neighborhoods in Brooklyn, because it has such extremes in it, is Williamsburg. It has become a byword for hipster but it also has the largest Satmar Hasidic community in the world.

Helmreich: That’s true. The Hasidic community came there after World War II in the wake of the Holocaust. They came from Hungary and are part of the ethnic and urban fabric. If you ask today, Who's still playing stickball? It’s the Hasidic kids.

But there is a dividing line. When you come to the end of Lee Avenue, you come up to Flushing Avenue. On the north side you have the Hasidic apartment buildings, then on the other side you have Bedford-Stuyvesant's Marcy Houses, which is a public housing project. That’s the place where Jay Z came from. He called himself Jay Z because that’s the subway line that ran right there.

Frommer: Yeah, it’s such an extreme contrast in that neighborhood. So many fun things to see and do there, like Mast Brothers chocolate factory and the City Reliquary and these gorgeous little boutiques, and then the very Eastern European bakeries and butcher shops and hat makers who make the Hasidic hats.

Helmreich: Hasidic groups are also present in neighborhoods like Borough Park and Crown Heights, but those are different groups. They’re not all the same.

Frommer: If somebody could only take one walking tour from your book, which is the best?

Helmreich: I would tell them to take Williamsburg. Starting in the north, you get the hipsters, the yuppies, the young urban professionals. You get the Hispanic community, which is in between the Hasidic community. And East Williamsburg, at the intersection of St. Nicholas and Troutman, has some of the greatest graffiti art in the entire world. So you really get a whole bunch of communities wrapped into one.

This interview was broadcast on the Frommer's Travel Show, which airs on Saturdays from 3pm–4pm ET on WABC-770AM. You can listen on the radio, stream the program any time, or subscribe to our podcast to make sure you never miss an episode.

William B. Helmreich's book, The Brooklyn Nobody Knows, is available now. Follow the author on Twitter for more fascinating, little-known facts about New York.

For Pauline Frommer's expert, up-to-date advice on seeing the city, check out our bestselling Frommer's EasyGuide to New York City.

Pictured above: The Great East River Suspension Bridge, an 1881 hand-colored lithograph by Currier and Ives