Thank you for subscribing!
Got it! Thank you!
Home›Trip Ideas›Local Experiences›Going Underground in Barcelona: A Visit to Bomb Shelter Refugi 307 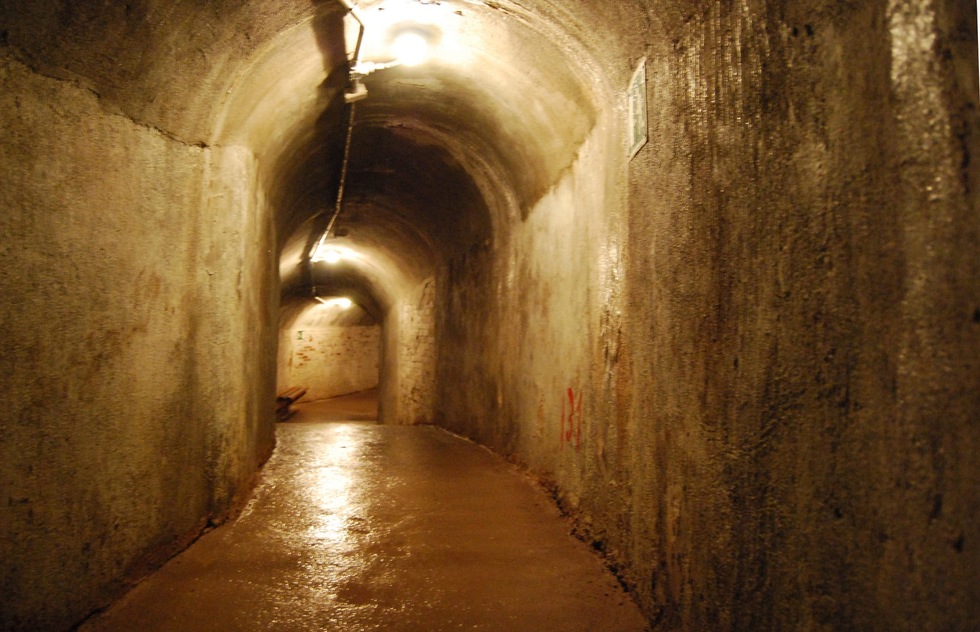 Going Underground in Barcelona: A Visit to Bomb Shelter Refugi 307

Barcelona stands above a little-known spider web of hand-dug refuge tunnels left over from war. Here's how to gain access to them.

In the belly of Barcelona lies a secret: a web of tunnels running beneath the streets, remnants of the dark days when the city was systematically bombed during the Spanish Civil War (1936–1939). Some 1,400 of these labyrinthine air raid shelters were constructed there during those years, serving as a refuge for citizens from aerial attacks, mainly by Italian forces under Mussolini.

Today, just a handful remain, and of those, only a few are open to the public. The best preserved is Refugi 307, located in Poble Sec, a neighborhood just east of the city center.


Carved into the sandstone bedrock of Montjuïc, one of the many mountains surrounding Barcelona, Refugi 307 was one of the city’s largest bomb shelters—three entrances leading to 650 feet of tunnels, with a capacity for 2,000 people. Amazingly, trained engineers didn't build this underground maze but local citizens did—women, children, and the elderly (since most men were conscripted to the front lines).

As far as shelters go, Refugi 307 was one of the better ones. It had running water (supplied naturally by the mountain), six toilets (separated by sex), and even a small infirmary with bunk beds. Battery-operated lamps illuminated the tunnels, which were built in a zig-zag fashion to avoid the impact of a full blast; the clay-brick walls and vaulted ceilings were painted white, both for disinfection purposes and to give people the illusion of light.

Other than benches, there were no beds or furniture. The shelter was meant to be used during the short span of an air raid, as the oxygen would run out after about two hours.

You can check out Refugi 307 only by signing up for one-hour guided tour, given in English every Sunday at 10:30am. It starts with a short introductory explanation of what spurred the Spanish Civil War and details how Barcelona’s civilian population suffered horribly under routine bombing—approximately 1,300 died and 2,000 were wounded—helping to put things into context before heading inside. 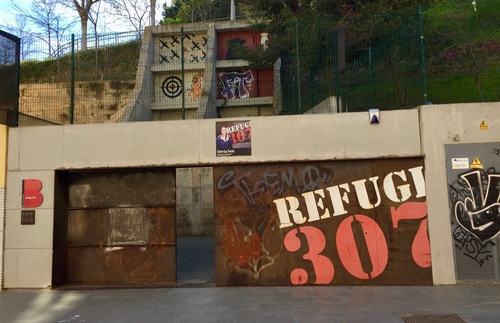 While electric lights were added and most of the tunnel floors are now paved, many of the original features are still extant—the white-washed walls, a faded sign outlining the list of rules (among them: don’t discuss politics or religion), the nooks for toilets, the water fountain.


You’ll also hear stories about what became of Refugi 307 following the war. Desperate families took up residence in the abandoned shelters during the 1940s and ‘50s—one lived here nearly a decade, going so far as to build a fireplace (still standing) near one of the exits. The last to use the space before it was converted into a heritage site in the late 1990s was “The Mushroom Man,” an entrepreneur who cultivated and sold mushrooms in the damp environment. Niches in the wall where his pots once hung have been preserved.


To secure a spot on the guided tour, email reservesmuhba@bcn.cat and specify “English tour” in the subject line. The cost is €4 (about US$4.30).
Local Experiences
Outdoor & Adventure