Thank you for subscribing!
Got it! Thank you!
Home›Trip Ideas›Local Experiences›Heard the One About Jacksonville? You Will. 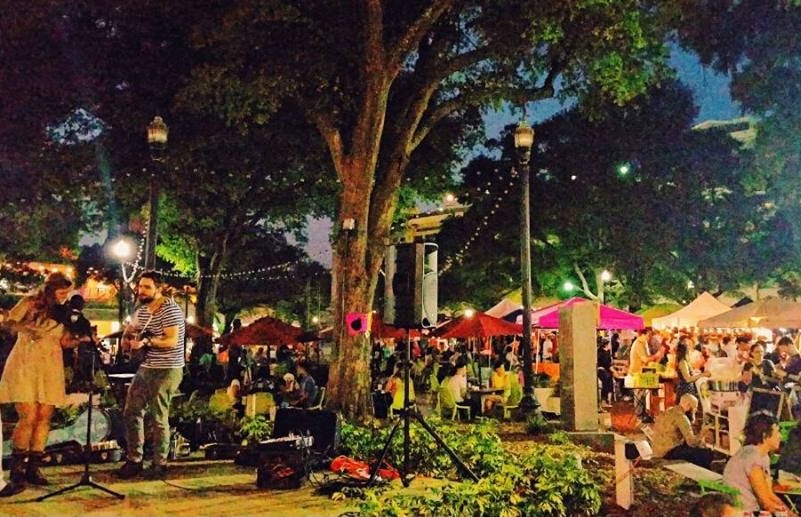 Heard the One About Jacksonville? You Will.

Florida's most overlooked city is changing fast. Is it time for this growing Atlantic Coast town to take its place on the tourist maps?

Located near the site of one of the earliest successful European settlements on what is now American soil—it was the French, by the way, who enjoyed a fleeting moment in the sun here before the Spaniards came to slaughter them—you might say it has taken Jacksonville just a little bit of time to find itself.

Centuries later, it remains Florida's urban odd man out, even while growing to become one of the country's largest cities—a trend that has shown few signs of slowing. Too far north and too chilly in the winters to be a favored retreat, too attached to the Deep South to let its hair down in public, and not even on the ocean (you'll find it just inland, along the St. John's River), it's easy, without much drilling down, to understand why Jacksonville has yet to top a list of musts in a region that's far from short on them.
It seems however, that this is all changing. After so much recent growth, Jacksonville (you can call it Jax, if you like) is showing encouraging signs of life, starting with a vibrant little community of makers and dreamers working hard to change the perception of the sprawling city. The stuff all cities seem to want these days is here now—there's a budding café culture, there are good microbreweries, there are people obsessing over local food production. (The city's main farmers market is celebrated for a reason.) An underutilized downtown is now stirring, slowly, to action, with revitalized public spaces, new restaurants and interesting small businesses.
advertisement

Headed to Florida? Don't sleep on this one—it won't be flying under the radar forever. Here are three mini-adventures to get you up to speed.
Head downtown to the park. A pleasant rethink of the city's oldest public green space is sparking a revival of the city's relatively dull center—Hemming Park now features free yoga, a green market, cool public art, an airstream trailer from Vagabond Coffee dishing out quality java, alongside other adds that are breathing new life into the square. Here the third Thursday of the month? Look for the monthly Jaxsons Night Market, a bona fide street party that you shouldn't miss, if you happen to be in town. Got a sweet tooth? Just across the street, in the once-abandoned Seminole Club, you'll find Sweet Pete's, one of the larger candy shops in the country. Homemade chocolates and sweets, fun how-to classes and an adjacent and rather good restaurant (with cocktails!) keep things lively (most days).
Hang ten in Five Points. Throughout the years, if you found yourself in Jacksonville looking for signs of life in the inner city, driving down Riverside Avenue out of the downtown area south along the St. Johns River would have been a safe bet. The busy Five Points area, the nightspots of King Street, the slightly more serene scene in neighboring Avondale—it was all either right off or just a little bit up from the river. The same holds true today, only more so—this relatively small sliver of town has heated up significantly, with cafes, microbreweries, restaurants, boutiques and other urbanite must-haves drawing in both locals and visitors alike.

advertisement
From morning coffee and toasts in the morning at BREW Five Points to inventive street food at places like Hawkers Asian and Corner Taco to nights out at Sun-Ray Cinema, a historic theater that inherited the film collection from the Jacksonville Public Library, serving gourmet snacks (kimchee fries!) and craft brews seat-side, there's always a reason to head over here and hang out for a while.
Hit the market. Affordable housing and good weather have brought many creative types to the region; the best place to get a taste of just how cool the local crowd can be is the weekly Riverside Arts Market. A well-curated group of artisans, farmers and artists come together underneath a freeway overpass in a once dead zone between the downtown and Avondale districts each Saturday (March through December) for one of the city's best regular happenings, whatever the weather.

While you're here, look for some of the more unique product coming out of the region—for instance the rice grown by Congaree & Penn, a farm that's at the forefront of the local food movement. If you happen to hit it right, the neighboring Cummer Museum & Gardens (always well worth a visit) holds a monthly Artists in the Market event, bringing art and sculpture out of its stately home and into the thriving market next door.