Thank you for subscribing!
Got it! Thank you!
Home›Trip Ideas›Local Experiences›Japanese Ryokan Stays: Are They For You? 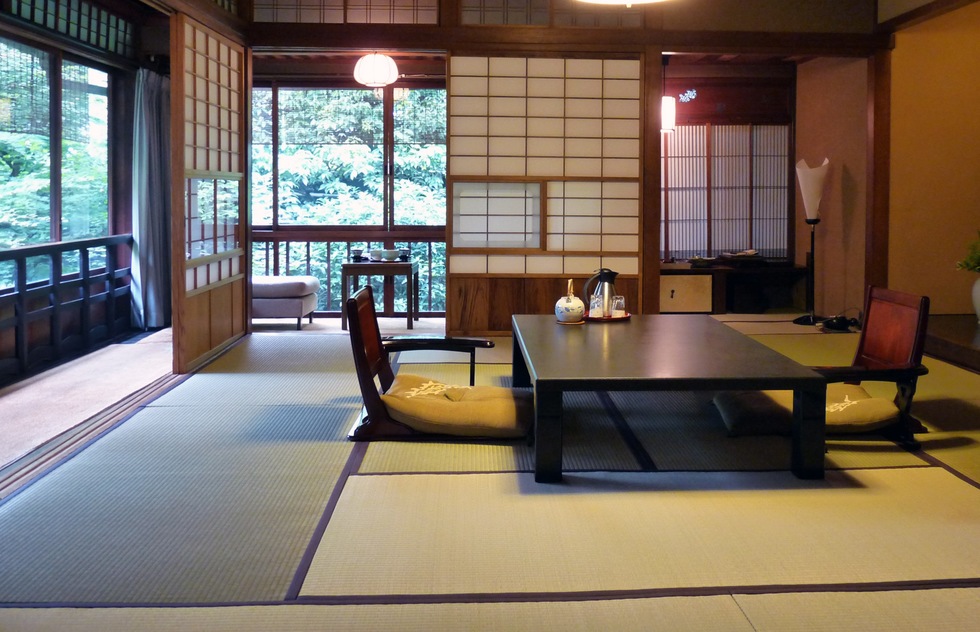 Japanese Ryokan Stays: Are They For You?

Traditional inns in come with traditions—many of them! Here's what to expect if you choose this type of lodging.

“Do you know how to take a bath?” the innkeeper inquired solicitously.

Turns out I didn’t.

When you’re staying in the traditional Japanese inn, known as a ryokan, the process is far more involved than it is in the West. Many ryokans have onsens (hot springs) for bathing, but even those that don't—mine didn't—associate a number of rituals with the act.

First lesson: The guest doesn’t draw the bath herself. The innkeeper starts the process, deciding on the temperature (mine was fond of 42 degrees Celsius), turning the taps, and alerting the guest when the tub is full. Then, once the bathroom door is closed, the guest is expected to shampoo and thoroughly scrub while standing on the drainable floor next to the tub.

This is a holdover from actual hot springs tubs, where the water isn’t changed between bathers. Only after rinsing off with a handheld shower does one step into the tub. And like a masa (wooden box) of sake, it will be so generously filled the water will overflow onto the floor.

But baths are not all that’s different about a stay at these special lodges.

Many of these inns are more than 100 years old, and most have classic Japanese features including sliding paper screen doors and shutters, carved wooden details, and rooms with only a modicum of furniture.

There are approximately 1,600 ryokans in Japan, and while they give travelers a glimpse into the more traditional side of Japanese culture, they are not for everyone.  Here are other things you should know before you decide to hole up in one.

Curfews: Ryokans are often referred to as “family inns” because they tend to be owned by women and run as a family concern. That means the service is highly solicitous—the bath drawing being just one example—but resources can be limited. At one Kyoto inn I stayed in, the owner herself unlocked the front door at 7am and shut it for the night at 11pm. Since guest rooms had no locks, once she was off duty for the night, the inn had to be sealed up. No keys were offered to guests who wished to stay out later. That being said, not all ryokans have curfews (my recent one in Tokyo didn’t), but if you want to experience the nightlife of the city, do ask about curfews in advance of booking.

Traditional rooms: In ryokans, the floors are lined by tatami mats and beds are futons that are rolled out for the night. There are no desks, and chairs, when rooms have them, are cushioned backboards that one sits on, on top of the mats, legs straight forward or crossed akimbo. For travelers with mobility issues, all of this getting up and down from the floor may be too much. As for the futons, I find them very comfortable, but some complain that these stacked cotton mattresses are too hard. What's more, to keep the tatami mats pristine, the futons are usually put away during the day because it’s thought that the sweat of sleeping bodies can leach through the mattress and damage the reeds in the mats. That means that jet-lagged travelers may not have a place for an afternoon nap.

Slippers: Guests abandon their shoes at the entry and don the first of two pairs of slippers. These are meant to be used in the hallways, but not on the tatami mats of the guest rooms (one goes barefoot or in socks in one’s room). A second pair of slippers is only for the bathroom—and you’ll get politely reprimanded if you wear those around the inn. This won’t be a problem for most, but the less nimble among us may find it wearying to get into and out of all those slippers. And taller guests often find that the slippers don't fit them. If you're a man who wears larger than an American size 11, consider packing your own. (That may also be a good idea for the robes, too, as they tend to be small).

Meals: At many ryokans, one is expected to be present for both breakfast and at least one dinner. This can be a blessing, because it means not having to travel far for sustenance. But if one doesn’t like Japanese food, there’s no escaping it. Breakfast will usually consist of noodle and rice dishes, often with fish; the dinner will be an elaborate kaiseki meal of dozens of small plates of food. Those who prefer a western-style spread of cereal, eggs, and pancakes should probably steer clear of ryokans—or take a second breakfast later. (Many contemporary Japanese cafes specialize in waffles that are three inches thick and quite delectable.)

Cultural sensitivity: As I was wandering to the bath clad in the loaner cotton kimono that came in the room, my host looked at me and gasped aloud. "You're dressed like a dead person!" she exclaimed. And then, she insisted that I re-tie the kimono, right in the hallway, crossing the right side over the left (the other way around is apparently how corpses are dressed). Only then could I proceed to the bath.

I didn't mind the kerfuffle. In fact, I found it fascinating. But I could see shyer guests finding the public re-dressing a bit over-the-top.
Family & Kids
Honeymoons
Local Experiences
Vacations