Thank you for subscribing!
Got it! Thank you!
Home›Trip Ideas›Local Experiences›WATCH: Ride the World's Great Public Transport Lines—Everything But the Fare! 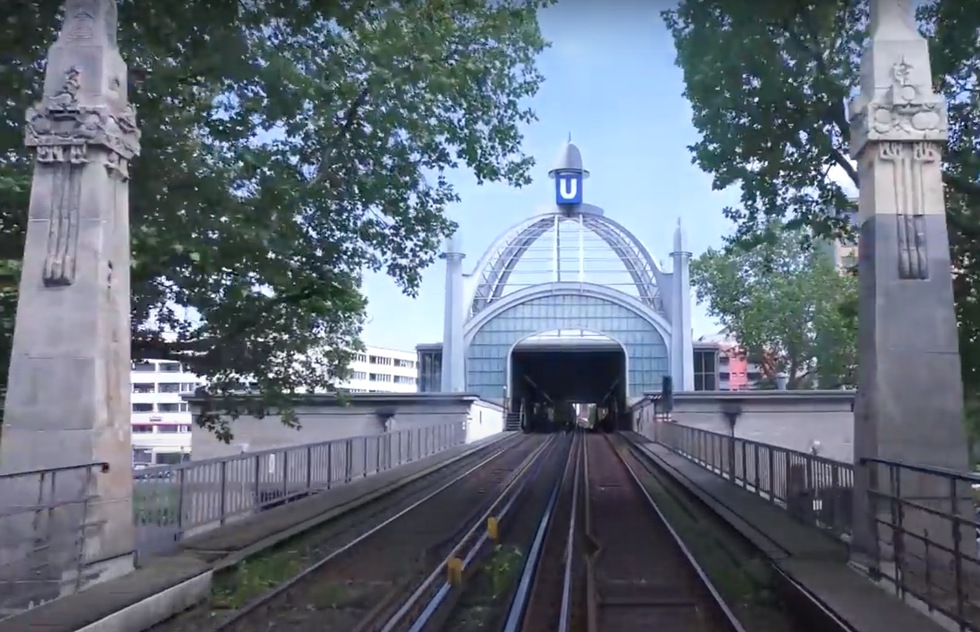 It's surprisingly relaxing: Ride entire transit lines from end to end in some of the world's great cities. Getting nowhere never felt so transporting.

There's no question that in the world's great cities, public transportation ranks as a must-see attraction. If you leave London without riding the Tube, New York without taking an express subway train, or Paris without stepping past one of those elegant Art Nouveau Métro signs, then you've missed something distinguishing and foundational about those cities.

In fact, public transit can be as evocative of a city as the food or the architecture—maybe more so, since buses and trains are ridden on a day-to-day basis by residents of all backgrounds and income levels.

Because sights and sounds can transport the soul, living within closed borders has made unexpected superstars of videos showing experiences in other places. We've already told you about the explosion in popularity of POV walking videos through the world's great cities and the boom in high-definition on-ride videos at Disney resorts and other theme parks.

Now here's another way to bring the images and audio of international travel to your living room: the end-to-end transit line video, usually filmed from the front window of a moving train.

Although many of these long-form clips were originally shot to appeal to railway nerds, the videos also serve as marvelous snapshots of their neighborhoods. You may hear conductors going about their business or passengers murmuring among themselves, but there's no narration or intrusion from onscreen guides to distract from your effort to get through another day at home by pretending to be getting across town.

In the future, these clips will become vital time capsules of ever-shifting cityscapes. In the meantime, devotees watch because they wish they could be passing through foreign turnstiles right now.

Berlin's popular U2 line, which travels both below ground and on elevated tracks, was knit together out of other lines after the reunification of the city. A journey along these rails is a trip through East and West Berlin. There's a lot of history to look out for if you know the story of Berlin's travails: When the Wall stood, the section between Nollendorfplatz and Bülowstraße (starting around 12:30), was divorced from the system, so that part of town became rundown. The stations were used for hosting cheap bazaars. Today, with the city united again, the stations have been rebuilt to recall their Art Nouveau glory days from before the Allied bombing raids.

Race from Evanston to the Loop back to Evanston, watching Chicago transition from suburb to city to suburb again in just under two hours. This rush hour–only route was once known as the Evanston Express.

Hong Kong has a modern underground subway system called the MTR. But the region's single street-level tramway route, which has been running since 1904, is perhaps the most beloved way to get around. The route takes you from Kennedy Town to the Sai Wan Ho Depot.

Decent front-facing videos of the Underground in London are precious because the front windows of standard Tube trains are normally only accessible to drivers. Anyone who makes a driver's POV video must make special arrangements with crew for permission. This route takes you through one of the oldest sections of the system in Central London.

Those who love Australia's "Second City"—and nearly everyone who visits does—will unfailingly list the tram system as part of its charms. Perhaps the best route is 96, which heads from the youthful Fitzroy area through the Central Business District and then out to the seaside diversions at St. Kilda. At 56:30 in the clip above, you'll see Luna Park, an amusement center that opened in 1912. Its roller coaster is the second-oldest in the world that's still in operation; the wooden attraction is so antique a crew member has to ride along to operate the brakes.

New York City: The A Line to 207th Street

When Billy Strayhorn wrote "Take the 'A' Train" in 1939, the jazz composer-lyricist instructed listeners to "go to Sugar Hill, way up in Harlem." That stop, 145th Street, is 1 hour and 34 minutes in, but sticking around for the entire journey is more relaxing. The A line is the longest continuous ride in the New York City subway system, covering a little more than 32 miles both underground and outdoors.

The Métro system map in Paris is as tangled as a bowl of noodles, so there are a lot of interesting and varied routes. But this one, Line 6, might be the most visually iconic because it passes the Eiffel Tower (following 6:40). This video is shot out of a left-facing window so you won't miss the landmark. But the buzzing-and-clashing tone that warns of the closing train carriage doors makes us more wistful for Paris than any passing sight could.

Clamber over Russian Hill from Fisherman's Wharf to Market Street on one of the last operating cable car systems in the world. This relatively short jaunt is one of the most popular activities for visitors to San Francisco—on a normal day, the wait time exceeds the travel time.

How lucky would you be if you commuted to work by ferry in what's probably the world's most spectacular urban harbor? Sydney Ferries give about 40,000 rides a day. This one begins in the modern developments around Darling Harbour, then hooks a right around the colonial settlement of The Rocks to the east. At around the 10-minute mark, you prepare to sail under the famous Harbour Bridge before arriving at the city's principal ferry hub, Circular Quay, right beside the Sydney Opera House.

Take an hour for a driver's view of Tokyo on the world-famous elevated Yamanote line, which loops around some of the city's most important stations, including Yurakucho, Akihabara, Ueno, Ikebukuro, Shinjuku, Harajuku, Shibuya, and Shinagawa.