Thank you for subscribing!
Got it! Thank you!
Home›Trip Ideas›Local Experiences›The Best Day You'll Ever Spend Without a Car in... Atlanta? (Yes.) 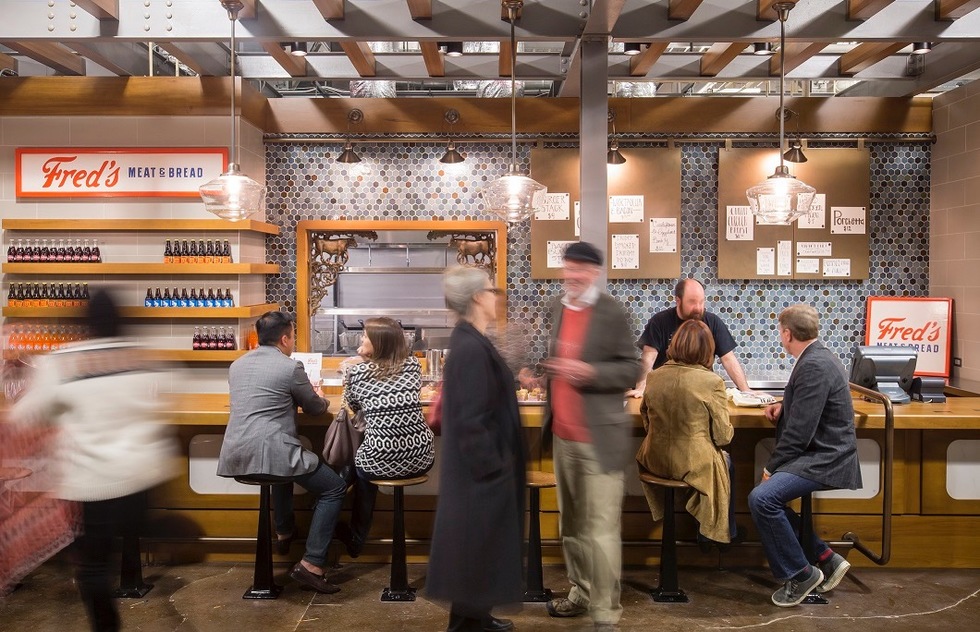 The Best Day You'll Ever Spend Without a Car in... Atlanta? (Yes.)

You won't really see the real Atlanta as long as you're sitting in a car. Come out from your tin shell and you'll soon learn this is actually a pretty cool town.

Few cities manage to reveal themselves fully through the windshield—Atlanta is most certainly not in that very small company. Too bad, then, that the city was built to be driven, not walked. Among the lasting impressions left upon the visitor, epic traffic jams and utterly nonsensical sprawl are sure to be high on the list. It's no surprise that some visitors leave with a less than enthusiastic take on the place.
This is entirely unfortunate. Truth is, Atlanta is a magnificently varied, endlessly unique city, a destination that deserves far more credit than it ever seems to get. On your next visit, or even on a particularly lengthy layover at the airport, why not get out from behind the wheel and (gasp!) go for a walk? Here's how.
First, hop the train into town.
Whether you're out in the 'burbs or stuck in an airport terminal, chances are that you're not all that far from downtown via the region's typically efficient but too-often underrated MARTA rail network. A ride is just $2.50 each way, even from the airport—pick up a Breeze Card at the vending machines ($2), load it with $6 and go. (That's how much you'll need to get there and back.)
Say hello to downtown Atlanta.
It's a big city, so there's a lot going on down here, but the traditional heart of town isn't necessarily where you'll find Atlanta at its most compelling. Really, you're here to hitch a ride on the new Atlanta Streetcar. Exit the MARTA at Peachtree and look for the nearby streetcar stop. Tip: Walk a block or so south to the eastbound stop at Woodruff Park to save some time—the service runs in a twisted sort of loop that's prone to traffic tie-ups. You can use your Breeze Card for this trip—the cost is $1. You'll have a relatively short ride east into the city's Old Fourth Ward, long one of its most interesting areas and very recently one of its most popular zones.
Hop off in Dr. King territory.
When you see the historic Ebenezer Baptist Church, you're here—here being the heart of the must-see Martin Luther King, Jr. National Historic Site. Everything from his boyhood home to his grave can be found within a small, easily walkable area—make sure to stop in at the visitor's center first to get oriented. The exhibits and materials here will have you brushed up on your Civil Rights history in no time.
Explore the new Old Fourth Ward.
Far from merely being one of the city's most important historic areas, this close-in neighborhood has become extremely popular with Atlanta's sizable cool crowd—wander up Irwin Street to the Krog Street Market, a well-curated food hall offering everything from dan dan mien to BBQ to salted caramel ice creams. The market is located beside the growing Atlanta BeltLine, a miles-long, multi-use trail that's become a car-free superhighway through some of Intown's hottest ZIP codes. (If you're here on weekends, you'll be glad you didn't drive—as in so very many places in Atlanta, parking can be close to impossible.)
Okay—time for a serious walk.
Eat up, because you're hitting the BeltLine. If it's a sunny day, prepare to be joined by a surprising number of people. So it's not totally glamorous (or elevated) like New York's High Line, but this massive urban renewal project, still very much ongoing, seems to be having roughly the same impact. And why shouldn't it—it's really nice. There's art to look at. Everyone's building condos overlooking the trail. People want to be here. Just as the trail dips beneath Freedom Parkway, detour up the hill a little and wet your whistle at the Victory Sandwich Bar, a cool, all-day café and bar with an outdoor patio, a Ping Pong table, good drinks, and affordable eats.
Ready for another market?
Hope so, because here comes one. Just before the trail hits busy Ponce de Leon Avenue, look to the left. You won't be able to miss the massive old warehouse complex that's recently been reborn as the rather dazzling Ponce City Market. What once belonged to Sears—back when it was Sears & Roebuck—is now a mixed-use complex with offices, shops and a massive (and architecturally impressive) food hall full of tasty, if pricey, comestibles. Local legend Holeman & Finch sells its famous burgers (H&F Burger, it's called; there's even a take-out window), you've got bougie coffee, artisanal fried chicken and pretty much everything else you could be hungry for.
Next, get back on the trail.
If pressed for time, you're now just a quick Uber ride from the nearest MARTA station, but you've come this far—why not do one more mile on the BeltLine? This will bring you directly to Atlanta's giant front lawn, Piedmont Park. As with any great city park, there's a ton going on here. If you've just got time for one stop, make tracks for the Atlanta Botanical Garden. If you've got no time for stops, cut past Lake Clara Meer, heading west and out into Midtown.
Got time for some art?
Angle your way through the man-made canyons of Midtown, aiming generally for the Arts District MARTA station—just before you get there, you'll find the High Museum of Art, the rather dramatic home to a wide-ranging collection and considered to be one of the best museums in the Southeast. (It also has very good air-conditioning, which on many an Atlanta day, is reason enough to head inside.)
Take one last ride on the train.
Had enough? The train's right across the street—the last $2.50 remaining on your Breeze Card will be enough to get you back to where you started.
Food and Drink
Local Experiences