Thank you for subscribing!
Got it! Thank you!
Home›Trip Ideas›Travelers with Disabilities›High-Tech Lenses Let Color-Blind Travelers See Art and Nature in Full Color 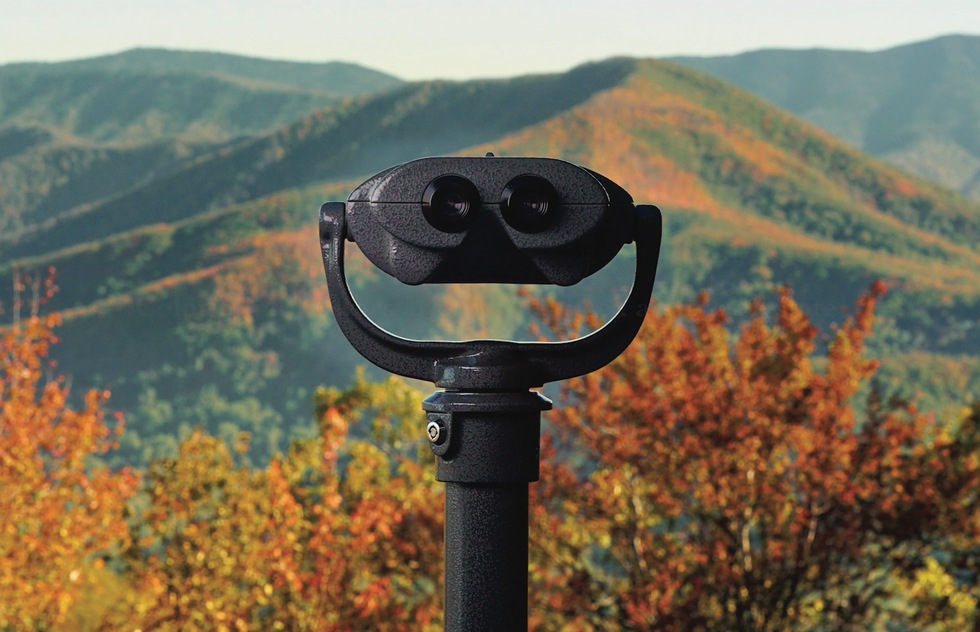 Assistive devices for color-blind travelers are coming to parks and museums across the nation.

New England doesn’t hold the patent on fall foliage. Come autumn, many other regions in the U.S. burst into spectacular colors, even though those places don’t get nearly the same amount of attention.

So Tennessee got creative—and compassionate. In 2017, the state invested in three viewfinders that would allow color-blind people to see the full spectrum of colors on trees in the fall. Stationed at scenic spots, the viewfinders resemble the sort of stationary binoculars you'll find at observatories and outlooks facing dramatic natural vistas.

The hope was to make Tennessee's foliage accessible to a whole new type of leaf peeper.

It worked. Many travelers started visiting the state just to try out the viewfinders. And the results were life-changing, as you can see in the Tennessee tourism office's moving video showing people taking in autumn's reds, golds, and oranges for the very first time.

The fall foliage program was so successful the state has installed more and more viewfinders. Today, the devices can be found in Chattanooga, Gatlinburg, outside Memphis, and in nine other leafy spots across Tennessee. All are free to use and will be once again available to the public (some had been closed because of the pandemic).

Created by a firm called Enchroma, the devices use a technology called "notch band filters," which alter the wavelengths of light at a certain frequency to make colors more vivid.

Enchroma notes that color blindness affects roughly 1 out of every 12 men and 1 in 200 women. The condition can have a serious impact on many aspects of life, including schoolwork when kids don’t realize they can’t see color coding on charts, maps, and other educational tools. Today, only 11 out of the 50 U.S. states test for color blindness, according to Kent Streeb, Enchroma's director of public relations.

While Tennessee was among the first destinations to grasp the touristic value of corrective devices for color blindness, they're catching on elsewhere.

Enchroma is working with several national and state parks to create loaner programs for hikers, allowing them to try out glasses for color blindness. They'll soon be available at the J.N. "Ding" Darling National Wildlife Refuge on Florida's Sanibel Island and Amicalola Falls State Park in northeast Georgia.

The company has also supplied the futuristic specs to museums such as Crystal Bridges Museum of American Art in Bentonville, Arkansas, the Georgia O’Keeffe Museum in Santa Fe, the Nelson-Atkins Museum of Art in Kansas City, and even overseas at the Centraal Museum in Utrecht, the Netherlands.

Enchroma sells corrective lenses as well; each pair costs between $189 and $429. The color blindness technology can be built into prescription lenses that correct for astigmatism, near-sightedness, and other vision issues.

If after reading this you’re curious as to what people with color blindness see when they look at the world, we recommend downloading the Chromatic Vision Simulator app. You can upload photos and view them through a filter approximating the predominant form of colorblindness (affecting the red/green spectrum) right next to your usual view of the images.