Thank you for subscribing!
Got it! Thank you!
Home›Trip Ideas›Family & Kids›Great Wolf's Huge New Indoor Water Park Opens Near Disneyland in California 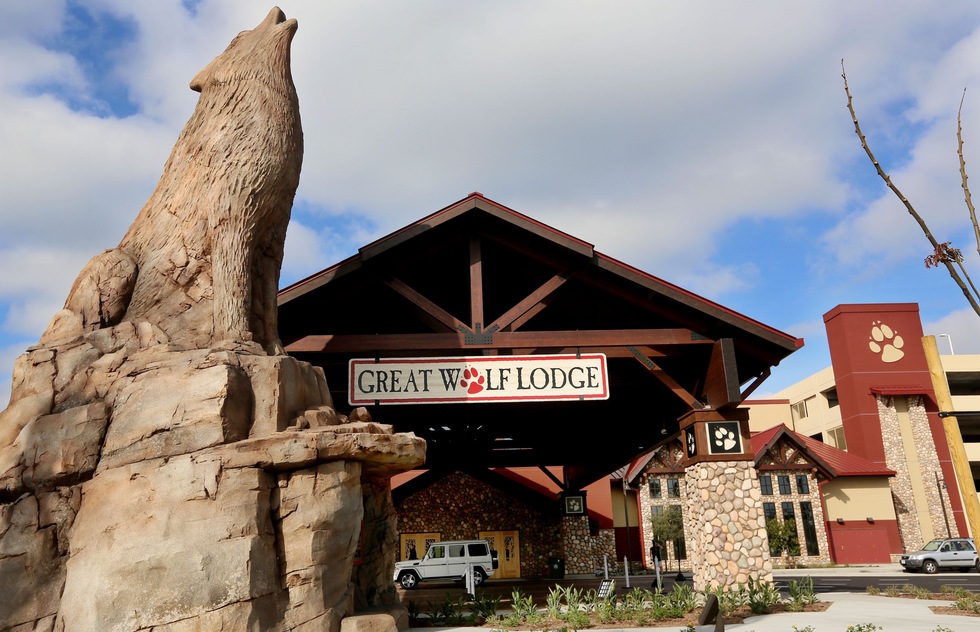 The growing chain of lodge-style indoor water parks finally makes it way to California and sets up shop. Does Southern California need indoor flumes, and would it make a fitting addition to a trip to Disneyland? We were there at its opening to see.

If you haven't heard of Great Wolf Lodge, there may be two reasons for that. One is you don't have kids under 12. The other is that one hasn't opened within driving distance from your house.

Great Wolf started in 1997 in Wisconsin Dells, a long-running vacationland famous for lakes and water slides that used to send its tourists away once the cold came. The concept of an indoor water park wasn't new, but Great Wolf gave it consistent theming that is now true across more than a dozen locations nationwide. Think of a rustic, cozy decor that belies the actual immensity of the complex.

Also think of it as a casino for kids, with obsessive playtime gripping the senses instead of gambling: a rambling cavern of arcades, pizza joints, salons that scoop ice cream even as they do hair, mini bowling and mini golf, a few restaurants, and a cast of forest-creature characters that make appearances and appear for bedtime stories.

Most of all, there's the indoor water park, always a comfortable 85 degrees, tangled with 10 water slides both innovative and classic, plus wave pool and wet zones for very young children, and with enough free space for families to stretch out for the day, no matter the weather. And because you're not allowed to enter it unless you're staying in the resort, it's both capacity-controlled (lines aren't awful) and safe for families.

Basically, this is a kid's fantasy. When I was a kid, adults gave us a stack of Hefty bags and a garden hose and told us not to skin our knees too badly. But Great Wolf turns water sliding into exclusivity and endless indulgence. Parents may be underwhelmed with the food or daunted by the price, but they're really not the target—they're the wallet. Kids seem to love it because it's built for their tastes. 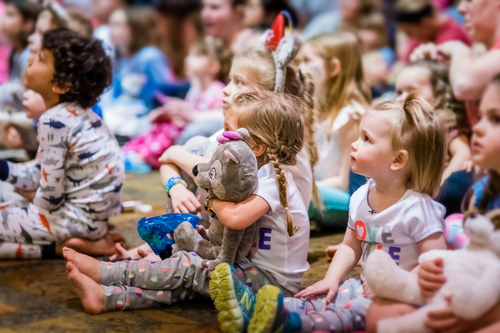 Great Wolf just poured $250 million and 565,000 gallons of recirculating water into its newest, largest property, which plops a 105,000-square-foot indoor water park (plus 603 hotel rooms and an indoor mall for family fun) just down Harbor Boulevard from Disneyland Resort. Most Great Wolf properties have come to be the tentpoles of their local tourism, but this one joins a crowded landscape that already includes Disney, a Legoland, Knott's Berry Farm, and other popular tourist pursuits.

For all that, prices are relatively high, around $249 a night or $349 for a standard motel-style room (which it calls a "suite") at peak periods such as Easter—or about $100 more than a standard hotel in Anaheim that doesn't have a 105,000-square-foot water park. Keep in mind that's per room, and you can fit a family of up to 6 in a room if the kids are young enough. By contrast, Disneyland's nicest hotel, the Grand Californian, costs from $394 for a room that fits only 4 to 5. So yes, when you compare it to the going rate in town, the tariff is not out of line. (The largest room houses a dozen people.)

An expectation that some families will choose to also hit Disney—and stay longer—is why Great Wolf added an extra 200 hotel rooms above its usual average. There's also a regular shuttle to Disney, about four miles north. Sadly, few of Great Wolf's guest rooms face the same direction as the park, so spotting the nightly fireworks from afar is usually impossible. 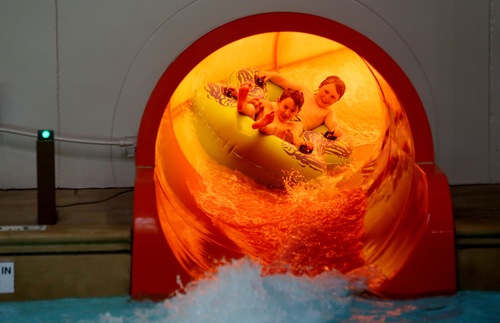 Some wags have snickered that the last place that needs an indoor water park is sunny Southern California. Don't listen to them—it rains there, too, and temperatures often dip far below where it's comfortable to swim outside. There's also the issue of a California drought, and keeping water flowing indoors cuts down on waste and evaporation.

Next up for Great Wolf? First, Colorado Springs this fall. Then, you can guess it: Orlando. The Florida press has reported that the company purchased 50 acres of land on Interstate 4 north of Epcot Center Drive that will allow the company to top even Anaheim, its current largest property, with 800 rooms and 110,000 square feet of wet play areas. Given that Orlando, like Anaheim, also has no major indoor water parks—and the once-popular Nickelodeon Suites resort has lost its association with the network—Great Wolf is in a strong position to become a household name among vacationing families at both Disney resorts. 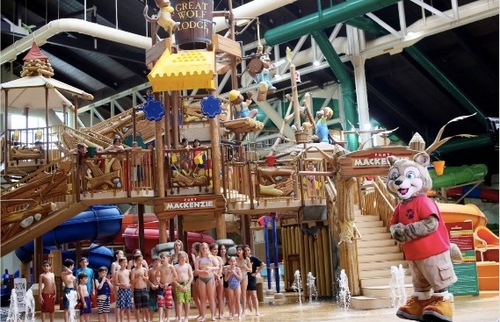