Thank you for subscribing!
Got it! Thank you!
Home›Trip Ideas›Food and Drink›How to Get a Reservation At the Most Popular Restaurants 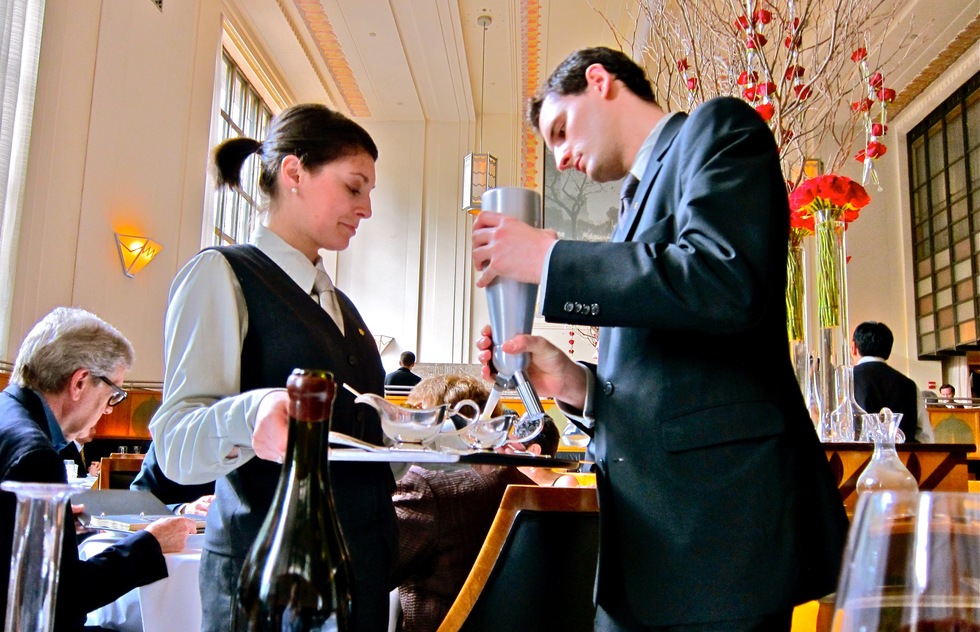 How to Get a Reservation At the Most Popular Restaurants

Part of the joy of traveling is trying great restaurants—but what should you do if you're told there's no room for your party?

Everybody and their grandmother tells you that you have to dine at trendy "Restaurant X" when you go to "Destination Y" on your next vacation. But when you call for a reservation, or try OpenTable.com, you have no luck. The eatery is "fully committed"—the restaurant industry term for "hit the road, Jack”.

So what do you do if you have your heart set on trying a particular place? Here are some clever new—and time-tested old—ways to get a seat.

Ask the Concierge at Your Hotel: Take this route only if you have a specific restaurant in mind. If you just ask for a suggestion, you may be steered to a restaurant that gives the concierge a fee for his or her referrals (i.e. a place that may be desperate for business). That being said, concierges at some top hotels do have connections that were cultivated over the years, and some can get a coveted 8pm table with just a quick phone call….and a curl of the lip.

Ask to Speak with the General Manager: If you get a "no" from the person handling the reservations when you call, politely ask to speak to the general manager. The buck stops with them, and if you plead your case eloquently and politely enough (it helps if you’re celebrating a special occasion), you may be able to get yourself a table. According to an expert recently quoted in the New York Times, this works about a third of the time.
Pay a third party: In the last two years, a apps have appeared—and disappeared—with the business model of selling reservations. From my scan of the market, it seems like there’s just one legitimate one left standing: Reserve. It charges a $5 fee per reservation, but for that amount it offers bookings at some of the trendiest, most difficult-to-book eateries in New York, Los Angeles, Boston, San Francisco, Chicago, Philadelphia, and Washington, DC.

Yes, you’re adding to the problem by using them, because ghost bookings by third-party sellers are probably responsible for you not being able to secure a reservation in the first place. And you may feel like you’re dancing with the devil when you use Reserve: It uses an auction system along with the $5 fee. So at some restaurants, if you promise to pay 10% to 30% above the menu prices, you’re given a higher probability of getting in—and the system doesn’t give the user prompts for how much to bid, which is maddening. But they can sometimes get you into the places that usually only Beyoncé and George Clooney can sashay into.

(Tip: While Reserve does have some exclusive restaurants on its roster, it also has places that aren’t special at all, so read reviews elsewhere before using its services.)

Have the meal delivered to your room: Okay, this one won't get you in the door, but at least you'll eat the food. This latest wrinkle is a service called TryCaviar.com which delivers food from the types of restaurants that don’t do delivery (and can be hard to get reservations at). Currently it’s in 16 U.S. markets, including Seattle, Dallas, New York City, and Chicago. And while it seems to have "ins" at a number of noteworthy restos, it rarely lists complete menus. Instead, the restaurant allows the service to deliver a handful of dishes, plus some others that must be ordered hours in advance. That being said, I ordered in Manhattan from a restaurant that I can rarely get into, and the food was delicious but only slightly more expensive than it would have been at the restaurant itself (thanks to the fees attached). It arrived quickly and hot.

Do your fine dining at lunch: Though not all of the top restaurants offer lunch service, those that do are usually wanting for customers midday and can often be booked the day of the meal. Plus the prices at lunch are usually lower than dinner prices (though your selection may be limited).

Sit at the bar, or in the bar area: High turnover is crucial even for the snootiest of fine dining joints, so most serve their full menus in the bar area and, usually, one doesn’t need a reservation to dine there (though there may be a wait). In fact, at one of the current trendiest restaurants in New York City, Cosme (from famed Mexico City chef Enrique Olvera), the bar area seats about a full third of the diners in the restaurant.

Be organized and plan in advance: Many of the most sought-out restaurants now require diners to call or email exactly one month ahead to secure a reservation. And while the timing of that call can be wacky (at the New York restaurant of one of the stars of the documentary Jiro Dreams of Sushi, would-be diners must use the website at the stroke of midnight to snag a seat), playing by the rules—if you can plan that far in advance—will often yield results.