Thank you for subscribing!
Got it! Thank you!
Home›Trip Ideas›Food and Drink›How to Have the Best Day Ever in Jackson, Mississippi 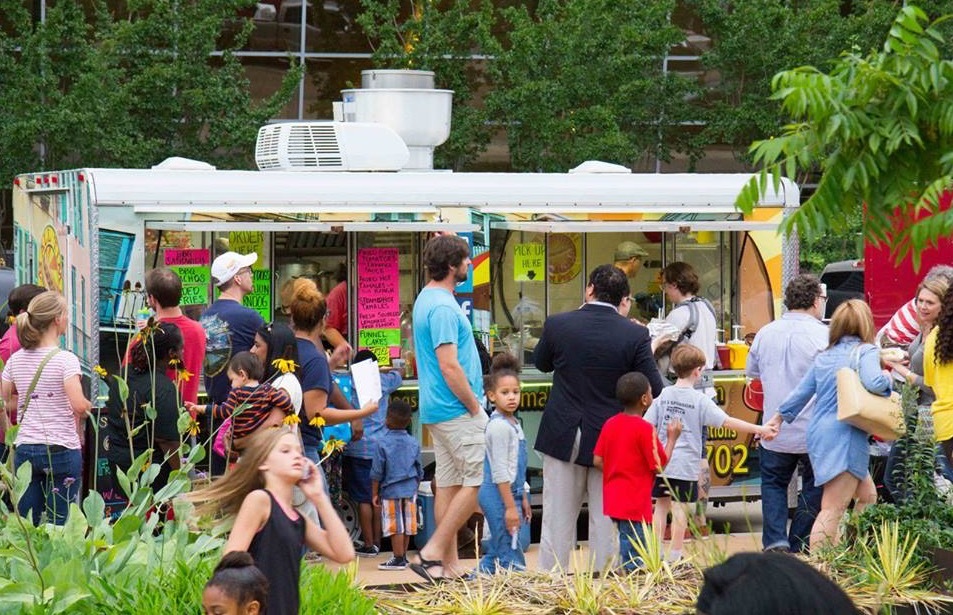 How to Have the Best Day Ever in Jackson, Mississippi

Headed in this direction? Prepare to be charmed. Here's how to have a perfect first day in this underdog of the Deep South.

It is easy to breeze right by Mississippi's sleepy capital city—many do, treating it as little more than a stop off on the way to some place more iconic, more exciting. New Orleans, for example. Memphis. The Delta.

Those who bother to stick around Jackson will discover, however, tucked away in one of the least-modern big cities in America, the Jackson of the future: a forward-looking, good-natured, fun-having town with a great little food and drink scene, vibrant neighborhoods, and a handful of excellent cultural institutions.
Start the day with an epic nature walk (without leaving town). Just a couple of minutes out of downtown, Le Fleur's Bluff State Park is a 365-acre woodland preserve, hugging the banks of the Pearl River. Here, a proper, 2.5-mile hiking trail offers a quick getaway from a city that never really feels all that far from nature to begin with. On your way in, pick up a cappuccino at Cups, one of the city's better indie coffee shops—there's a popular location right near the park entrance.
Breakfast at La Brioche
Hang around Jackson for more than a minute and you're likely to find yourself spending a great deal of time in Fondren, a once-sleepy suburb that over time has become the city's most happening neighborhood. In the mornings, the place to be right now is this sleek new patisserie—look for the ham and cheese mini-soufflés, but you can't really go wrong here.
Get up to your eyeballs in art
The state's largest museum of its kind, the Mississippi Museum of Art is far from the modest, regional institution you might be expecting. This is, it turns out, a vibrant and happy hub of community in the heart of downtown Jackson, well known for its lively First Thursday parties and its acre-plus Art Garden, quickly becoming one of the city's favorite public spaces. Oh, there's some pretty great art in here, too—start in the Mississippi Story galleries, celebrating the state's diverse artistic heritage.
Lunch, two ways
Jackson has garnered some well-deserved attention for the more recent additions to its dining scene, but to skip past classic bests borders on lunacy. Clearly, you're going to have to try both. Start a two-part lunch to remember (your day began with a five-mile hike for a reason) with a trip or three through the fried chicken buffet line ($15) at Two Sisters Kitchen, an old-school gem in a converted home a block away from the state capitol. Don't get too crazy, because your next stop is barbecue. Specifically, barbecue of the new school style, served up at the popular Pig & Pint, back in Fondren. If you can't stomach another full meal, at least grab some ribs or brisket to go.
Grab a coffee at the local popsicle stand
Just across the street from the pretty campus of Millsaps College, one of the city's best coffee shops is actually better known for its popsicles. There seems to be one of these in every Southern city nowadays (and why not, with those near-endless, steamy summers), but Deep South Pops is worthy. If you can possibly stand to eat another thing, sample from a list of enticing flavors.
Browse the stacks at one of the South's best bookstores
Like Powell's in Portland except buried in the Deep South, Lemuria Bookstore has been a Jackson must for decades now. The shop began small in the 1970s, but there's nothing diminutive about the place now—once you get over the location (on a freeway frontage road, on the north side of town), anyone who still likes to read should have no trouble falling almost instantly in love.
A national park runs through it
Stretching from historic Natchez on the Mississippi River, all the way up to Nashville, the 444-mile Natchez Trace Parkway is a modern monument to one of the New World's oldest shortcuts, used for centuries as a trading superhighway and now a pastoral cruising route that's often so peaceful, it can feel as if you're on your own private driveway—one that seems to never end. Much like the Blue Ridge Parkway, the actual drive is the thing here, a contemplative escape from modern clutter and into a world that feels very much unchanged, mostly because it hasn't.

It doesn't matter which way you go—the Parkway comes right through the Jackson area, so it's easy to explore while you're here—if you head north, however, you'll quickly end up at the rather vast Ross Barnett Reservoir, a popular recreational site that's also home to the Mississippi Craft Center, which celebrates the many working craftsmen of the Magnolia State in a handsomely-designed center that's open to the public most days. Need to stretch your legs? Look for signs along the way designating various trails that intersect or run parallel to the parkway.
Happy hour (and people watching) at Babalu's
Don't get lost in the wilds—eventually, it'll be time to claim a spot at what's become one of Jackson's most popular after-work hangouts since opening in 2010. Right at the heart of Fondren (surely, you're not surprised?), the menu at Babalu is sort of pan-everything where Spanish is spoken, though they've got a great burger too—for starters, order a margarita and engage in some heavy people watching.
Dinner at Saltine oyster bar
Can you handle a proper dinner? Of course you can. In the same converted elementary school building/ complex-of-fun that houses Babalu, the refined, smart, mod-Southern Saltine specializes in seafood. (Don't forget, Mississippi has a coastline and it's not that far away; around here, as next door in Louisiana, fine dining more often than not includes plenty of plump Gulf oysters, served raw or roasted.) Not that it's all oysters, here—stick around for shrimp and grits, freshly-caught fish and a rendition of that Southern dish du jour, fiery Nashville hot chicken.

An apothecary Nightcap
Grab a drink at the city's coolest not-so-speakeasy Brent's Drugs, which began life back in the 1940s and remains a Jackson classic—you come here for breakfast, or an old-fashioned burger and a Coke. You sit on aquamarine-upholstered swivel stools, at a proper, honest-to-goodness soda fountain counter. Now, however, you also come here after hours for smart cocktails. The Apothecary is a speakeasy-style spin-off from the recently renovated restaurant, serving up smart, reasonably priced cocktails with a pre-Prohibition focus, well into the evening. It's Jackson, so people are friendly and there's no secret knock. Just show up.
Food and Drink
Local Experiences