Thank you for subscribing!
Got it! Thank you!
Home›Trip Ideas›Food and Drink›The West Coast's Best Chinatown is in Canada—Eat Your Way Through it For Just a Few Bucks 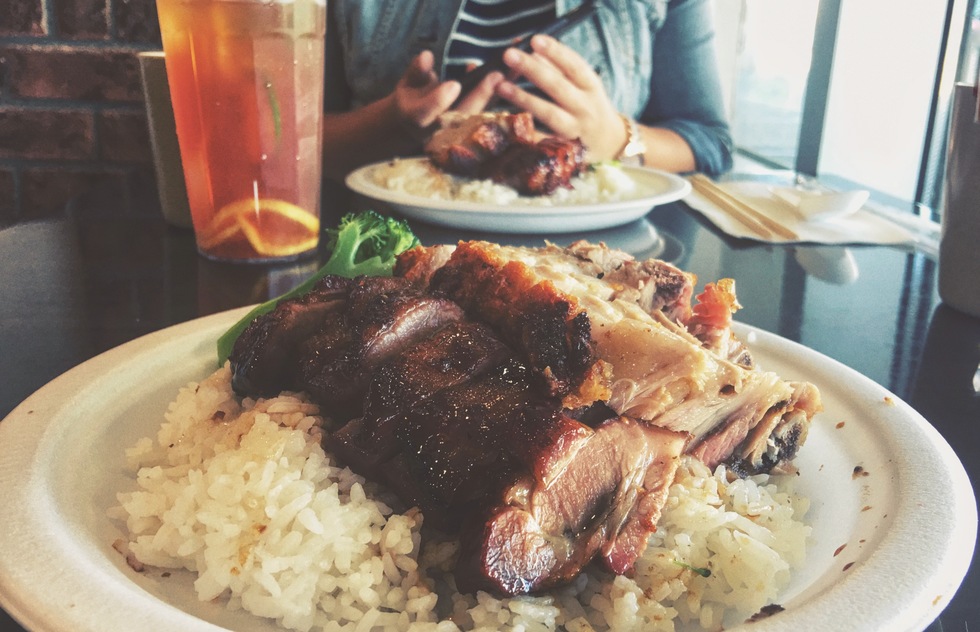 It couldn't be easier to get to know Richmond, a once-sleepy suburb of Vancouver that can't seem to stop growing. So why does the town remain a mystery to so many?

Time and again I've visited Vancouver, only to be pointed (over and over again) down the same, well-trodden path to the same dim sum restaurants, even by people who eat there quite frequently. If we were talking about, say, Southern California's San Gabriel Valley, another world-class Chinatown, where every restaurant always seems to be at least an hour from where you are, sticking with a few favorites might make sense.
Richmond, however, has no such obstacles to engagement. From downtown Vancouver, it's less than a half hour's ride on North America's cleanest, most pleasant public transport—the automated SkyTrain, serving communities in the crowded Lower Mainland region of British Columbia. Take the Canada Line (fares can be less than US $2, depending on how you buy) and you'll soon be tucking into some of the best food you've ever eaten at prices you won't believe you're seeing in Canada, where going out to eat never seems to be terribly cheap, unless you're at Tim Hortons.

These days, with the stronger American dollar, Richmond is even more of a bargain. Roughly 800 restaurants cook up all manner of well-known-to-obscure specialties from pretty much every corner of China, not to mention the rest of the Asian continent (and beyond, even). Better still, most of these restaurants are within walking distance of just a handful of well-located station stops.

advertisement
Ready to eat? Let's get to it.
First, get cash. Cards are accepted at the bigger, flashier restaurants, but for the really good and really cheap stuff, expect to mostly pay cash. Don't worry—it's not like you're going to be spending very much of it anyway.
Really, getting here couldn't be easier. Built for one of many recent Winter Olympics that nobody super-duper cared about except the host destination, the Canada Line of the SkyTrain system connects downtown Vancouver with the city's almost-perfect airport for just a few bucks. A spur line, easily accessible from either the airport or the city center (centre, sorry) brings you into what is known as Richmond's Golden Triangle, a relatively unremarkable hodgepodge of aging shopping centers, office buildings, hotels and a growing number of expensive condo towers. But you're not here for the scenery—you're here for the food.
The street address is often a jumping off point. As in Asia, you will often find yourself standing in front of where you're supposed to be, but not seeing anything like the place you're looking for. It's probably inside. Unless, of course, it's upstairs, down the alleyway, inside the a) parking garage, b) food court or c) around the back facing another street entirely. Patience. What you're looking for is in there, somewhere. If it's lunch or dinner time, just follow the line of people.
English isn't necessarily spoken, at least not extensively. Don't worry about it. Many Richmond restaurants spend most of their time dealing with a very specific clientele, but you're unlikely to feel unwelcomed or unwanted, anywhere in town. At popular spots like Lido Restaurant (4231 Hazelbridge Way), a Hong Kong-style café/diner famous for its pineapple buns, sweet confections served with chilled squares of salty butter, non-Cantonese speakers will be excused for feeling just a little out of place. You're not. Stay and eat. It's totally fine.
Some of the best food costs the least. Whether it's a pile of fragrant roast pork at HK BBQ Master (pictured, 4651 No 3 Rd.), a steaming sliver of a shop tucked beneath the gargantuan Real Canadian Superstore, rustic soup dumplings at R&H in the excellent food court of the otherwise forgettable Lansdowne Centre mall (5300 No 3 Rd.), handmade steaming, giant bowls of lamb noodles at Xi'An Cuisine inside the grotty Richmond Public Market (8260 Westminster Highway) or some of the best chicken rice this side of Singapore at Prata-Man Restaurant (housed in an old donut shop at 9060 Capstan Way), you can eat some of the best meals you'll ever have in Canada for at or less than $10. (That's American dollars, mind you.) No need to overspend.
Then again, you can't skip dim sum. Imagine a scenario where you have unfettered access to chilly ocean waters filled with a surplus of tasty things, finned and shelled and otherwise. Now imagine that you've got a ton of discerning diners and some of the continent's most capable cooks. No matter how much you love your favorite in New York or Toronto or Los Angeles or San Francisco, few if any of these places are ever going to seriously compete with British Columbia on the seafood front—certainly not at these relatively affordable prices. Everyone has an opinion about the most popular palaces—and they are grand, mind—but a table full of steaming bamboo baskets on a rainy Sunday morning inside the bright and busy Fisherman's Terrace (Aberdeen Centre, 4151 Hazelbridge Way) or crammed-to-the-gills Shanghai River (7831 Westminster Highway) will likely be a highlight of a Vancouver visit for most.
Don't skip dessert. From bubble tea to sweet buns, mochi to matcha cake, you name it, if it's dessert and it hails from somewhere on the Asian continent, someone's probably serving it somewhere around here. Any sweet-centric Richmond crawl must include Snowy Village (8571 Alexandra Rd.), a dessert-only café where peak waits can run much longer than most can stand. That doesn't mean there aren't times you won't be able to slip in to the smart space for heaping bowls of bingsu, the milky, superfine Korean shave ice that puts all other shave ices to shame, no joke. (Try the mango—it's unbelievably good.)
Grab some baked goods for the road. Go someplace like Kam Do (6211 No 3 Rd. #135), right by the SkyTrain at Brighouse. For a few bucks, you can fill a bag up with a wide array of sweet and savory snacks for later. Because the best souvenirs are—naturally, always—edible ones.
Headed to Richmond? It has its own tourism office. Learn more than you thought you ever needed to know about the city at www.visitrichmondbc.com.